The Films of Wong Kar Wai 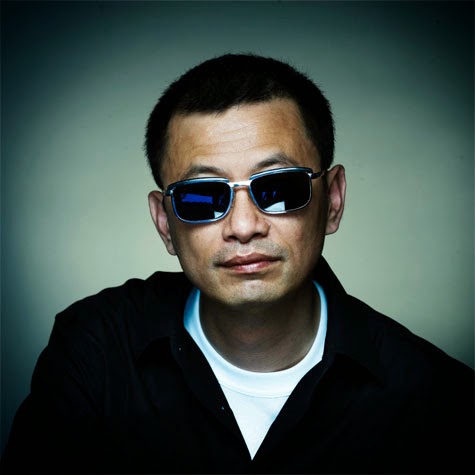 (For individual posts regarding his films click the links below.)

Wong Kar Wai is one of the most visually captivating filmmakers working today. His films are a perfect marriage of beautiful visuals, strong, well developed characters and music that hits the perfect mark every time.

His films seem unmistakably inspired by the French New Wave films of the 1960's (an era in which 3 of his films are set), along with his own Asian sensibilities grant him unique vision that other filmmakers often try to copy, but can rarely replicate. Although he'd never actually say that he's been inspired by other filmmakers past or present, his films (particularly Chungking Express and Fallen Angels) have a flair of Goddard about them.

Wong Kar Wai's visual flair is in the frenetic camera movements during action sequences, stylized lighting/compositions and use of slow motion (expansion of time). His films often live in the locations/set pieces and small moments spent with his characters. These little moments make up the characters in our minds and lends a pleasant understanding of even the strangest characters. Not a single moment is wasted though, they work to establish a mood, an emotion, or deepen our understanding of the character.

Another WKW trademark is the ever present voice-over providing insight into the characters thoughts much the way a novel uses a narrator (often the main characters voice) to explain things to the reader. His voice-overs are often quite poetic and romanticized. They're so well known in Asian film that Steven Chow, famous Hong Kongese parody filmmaker, has made as many references to WKW films as he can within his own filmography.


He typically doesn't work with a script, he likes to create as he goes. He begins with characters, a stylistic/visual tone, and then creates locations, and gives the characters scenes of meandering everyday activities, allowing the actor to get lost in the character. Much like Goddard, in many of his films, particularly the more spontaneous ones WKW would do most of his shooting at night so that he could spend his mornings sitting in coffee shops writing and deciding on the direction of the story and characters. Later, narration is added (much like in a book) to fill in the thoughts and ideas going through the character's mind. It's a breaking of the fourth wall, as the characters are essentially talking to us. He once stated, when asked about his many voice-overs, that he thinks people are far more likely to talk to themselves than other people. I find that perhaps the most simple, unique and likely true explanations for the use of voice-over. This makes sense as a stylistic choice for him to fall back on, because his influences tend to be written works rather than other films/filmmakers.

Indie Wire posted an article about the films of WKW and described him this way:


"Throughout his entire career, which spans four decades of filmmaking, the director has manifested his obsessive preoccupation with details and minutiae time and again; the little fleeting moments and impressions that add up to a mood.  ...Indeed, the criticism most frequently leveled is that WKW is a director concerned with style over content, but that seems to us a fallacy—for Wong, emotion, and not necessarily story, is the content; style exists to evoke it. And the emotional currency he deals in is romantic love, in all its forms but especially those tending to be on the melancholy end of the spectrum: love stolen, lost, unrequited, doomed, remembered but inaccessible."

Several of his films are available for instant streaming on Netflix and other video streaming services. I'll start with his first film and try to make posts for all his films (at least the ones I can find) and then I'll update this post with the proper links. Also join the newly created Google Plus community for fans of Wong Kar Wai to chat and share all kinds of WKW related things.

He has also acquired the rights to his next film project which will be based on a short story from a collection called I Belong To You.  Read more about that here.
Email ThisBlogThis!Share to TwitterShare to FacebookShare to Pinterest