The Office Revival - Where did they end up? 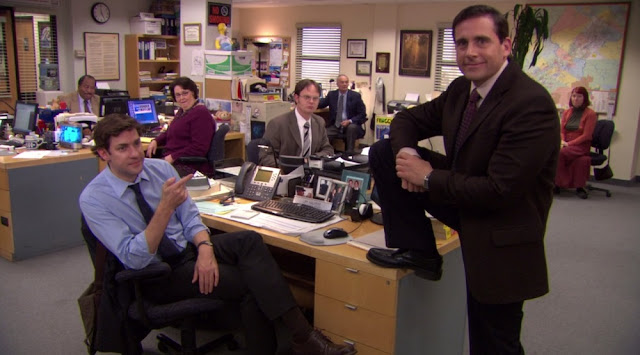 The Office is my favorite show of all time. I’ve spent countless hours watching and rewatching every episode. For years it has been the primary reason I have maintained my Netflix subscription. There’s just something satisfying and comforting about returning to Dunder Mifflin to spend time with those characters, to laugh at all their pratfalls and misunderstandings, or to be moved by the relationships that form and evolve over the course of the series. They also sometimes end up portraying the different types of people you end up working with in an office workplace all too accurately. The latter point is one I’ve seen used as reason why some people can’t stomach watching the show. There are even those who now find the show unwatchable given all the cases of misogyny and other such social injustices in the workplace that came out in 2017. Nevertheless, The Office remains one of the most beloved sitcoms ever created and still has a loyal fanbase.

Sure, not everyone stuck with the show after Michael Scott’s departure, but the series still had its moments in the later seasons. In fact, I’d argue James Spader’s Robert California was a comedically inspired addition to the cast. Nevertheless, admittedly, the series was missing that something special it had with Steve Carell involved, and the final season was clearly underwhelming. Yet, despite that, the series pulled off one of the finest finale episodes in TV history.

The idea of a reunion or revival of The Office seems to pop up every 6 months or so for the last couple of years, but lately the idea has really gained some traction. Shortly after articles came out stating NBC president Bob Greenblatt maintains an open invitation to showrunner Greg Daniels to revive The Office whenever he’s ready. Then, months later, another wave of articles claiming a revival was in the works came about after a number of old cast members took to twitter to claim they’d be down to reprise their role. I find it both exciting and terrifying. On the one hand, the series is so perfect that to try to bring it back and iterate on it might be to tarnish the legacy of my favorite show. Plus, the fantastic finale put a wonderful bow on the series in a way that wrapped up every hanging storyline or personal endeavor in a satisfying way. There may not be a reason to go back to these characters. On the other hand, it might turn out to be a fun way to check in with the old characters while establishing some new ones.

There was a time (back in March of 2017) when Mindy Kaling described a possible plan that involved a three part “where are they now” approach. The first part would check in with Michael Scott and Holly Flax in Colorado, the second part would check in on Jim, Pam, and Darryl working at Athleap (formerly Athlead) in Austin, Texas. And the third part would return to Scranton, Pennsylvania to check in on Dwight Schrute running his beet farm and managing the office full of recognizable faces and a few newcomers.

While that sounds like a good plan, unfortunately, Steve Carell has always been adamant in his stance against doing an Office reunion. Fortunately, most of the rest of the cast has confirmed, at least at one point, that they’d be down for a reunion - even if they didn’t see themselves playing those roles for another 10 years.


I’ve seen articles speculating whether or not certain actors would be available to return, but none of them have bothered to reference where the characters were at the end of the series to see whether or not it would make sense within the fiction of the show for them to return.

So, where were they by the end of the series?

Michael Scott and Holly Flax had moved to Colorado. Steve Carell has no intention of returning to The Office, and his character has moved away. Zero chance of returning.


Jim and Pam both quit to move to Austin, Texas to work at Athleap with Darryl Philbin. All three of these actors (John Krasinski, Jenna Fischer, and Craig Robinson) are busy with TV and film projects, but Jenna Fischer has expressed interest in returning for a revival/reunion. However, you can’t have Pam without Jim, and it seems highly unlikely for a Jim Halpert return for both real life and “in fiction” reasons.


Dwight and Angela got married during the finale, and Dwight was also promoted to regional manager of Dunder Mifflin Scranton by the end of the series. Supposedly, they lived together on his beet farm and kept working at the office. While both Rainn Wilson and Angela Kinsey have been busy with projects lately, they seem like the obvious place to start building the core of any Office revival project considering where the series left them. Plus Angela openly stated on Twitter she’s just waiting for a call to hop on board.


Andy Bernard quit and went to work at his beloved alma mater, Cornell. Between Andy leaving the office and Ed Helms’ busy schedule of film and TV projects, he’s unlikely to return.


Ryan and Kelly had moved to Ohio. Although, in the finale they both attended Dwight and Angela’s wedding, only to run off together hooking up yet again. So there’s potential that this latest hook-up could bring them back to Scranton. However, Mindy Kaling is quite busy with film projects, so a return for her (beyond making a small appearance) is questionable at best. B.J. Novak, on the other hand, could probably return if needed to serve as a writer and producer.


Kevin Malone was fired by Dwight in the finale and replaced by a new character played by Dakota Johnson - whose star has risen exponentially since her appearance on The Office due to lead roles in films like How To Be Single and the Fifty Shades of Grey series. She may be too big a star now to reprise her extremely small role, but Kevin might be able to return as a recurring character. After being fired, he bought a local bar in Scranton.


Oscar Martinez was still working at Dunder Mifflin as Chief Accountant, and running for State Senate in his spare time. Oscar Nuñez should be considered a safe bet to return for both real life and “in fiction” reasons.


Stanley Hudson retired and moved to Florida. It seems like Leslie Baker could be available to make an appearance, but it might not make sense to have him around since he no longer lives in Scranton.


Phyllis Vance is still around, living in Scranton and working at Dunder Mifflin. She was sitting across from Stanley’s replacement in the finale. No reason why she couldn’t, or shouldn’t return.


Creed Bratton was seen being taken to jail for an undisclosed amount of time. As such, it’s questionable that he’d be back from an “in fiction” standpoint, however the real Creed has openly expressed interest in returning. So if the writers could work out a way to bring him back, he’s a lock to return.


Toby Flenderson was fired by Dwight, so he moved to New York (where he has 6 roommates) to follow his dream of writing the next great American Novel. There’s a good chance Paul Lieberstein could return as a writer and producer, but unless he somehow got his job back after being fired, it’s unlikely his character would return.


Erin Hannon had broken up with Andy and started dating series newcomer, Pete (Jake Lacy). They were both still working at Dunder Mifflin by the end of the series. While it might be nice to see these two again, Ellie Kemper has become a pretty big star with lots of TV and film roles to keep her busy. So even though it would make sense to have them both back considering where the series ended, it’s highly unlikely they come back for anything more than a small appearance.


Meredith Palmer was still a Dunder Mifflin employee by the end of the series, so it would make sense to see her return. Kate Flannery has kept busy, mainly with TV projects, but as long as the shooting schedule didn’t overlap any of her other projects, there’s no reason she wouldn’t be back. Unless, of course, Dwight fired her.


Val was still warehouse manager. Ameenah Kaplan should be able to return, but I’m not sure Val was ever a big enough fan favorite to warrant a return. Warehouse manager could be a fun position to recast.


David Wallace was still in charge of Dunder Mifflin thanks to the deal he made with Andy Bernard late in the series. So there’s no reason why the character couldn’t make an appearance. Andy Buckley has been keeping busy with steady work, but he seems like the kind of guy who would jump at the chance to join an Office reunion/revival.


Nellie Bertram quit and moved to Poland with the child she finally adopted (perhaps unofficially). I don’t know a reason why Catherine Tate couldn’t return, but why would she? I never really liked the character in the first place, and she moved out of the country. No need to bring that character back.


Robert California also quit and moved out of the country (to avoid being fired). Again, there’s no reason this character would return, and James Spader is keeping busy with other things anyway.


Clark and Pete were the two new salesmen that came along for the final season. Everyone in the office referred to them as young Jim (Pete) and young Dwight (Clark). They were still employed by the end of the series so either one of them could return. However, without Erin (Ellie Kemper) it might be weird to have Pete come back. Clark, on the other hand, could make a nice addition to the revival continuing the “young Dwight” role - someone to aspire to be the number 2 in the office and do the manager’s bidding. Also, if they invited him back, I don’t know why Clark Duke would say no.


Nate the comedically incompetent warehouse worker was probably still working in the warehouse by the end of the series. I don’t know enough about Mark Proksch’s career to say whether he’d be too busy or not, but it might be nice to get him to reprise his minor role if he’s available.

The thought of seeing these characters again is exciting, but I'm not sure it's necessary. The reason Steve Carell has always said "no" to doing a reunion was because he is convinced the fans only think they want a reunion. He stated that any reunion/revival they could produce wouldn't do the old show justice. They could never recapture it in a way that satisfied the fans expectations. Sadly, in all likelihood, he's right. And that's without considering the fact that the show's bread and butter (awkward, politically incorrect workplace humor) is much tougher to do in 2018 than it was even in 2013 when the series originally ended.

I can't say I wouldn't watch it if they did it, but it'd be hard for them to succeed, especially without some of the core cast members returning.
Posted by Zach Owens
Email ThisBlogThis!Share to TwitterShare to FacebookShare to Pinterest
Labels: comedy, tv