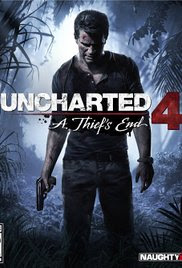 Uncharted 4 is without doubt the prettiest game I’ve ever seen. It is an unquestionable technical achievement, and a rare game that qualifies as a cinematic achievement. It's also the best adventure game I've ever played. It is, in a word, a masterpiece. Never have I seen better fire effects, better smoke effects, or better foliage and landscapes. Every chapter is breathtakingly gorgeous to look at.

It is the action/adventure game by which all future action/adventure games will be measured. It isn’t just that the scenery is beautifully rendered, though it very much is (good opportunity to utilize the PS4’s screenshot capabilities. See below for examples), the character models and facial animations are so realistically rendered that the performances of the actors (shot with motion capture) shine through as well as any I’ve seen in any Hollywood animated feature. Between the voice work and the motion capture, the performances here are something akin to the ones given in films like “Avatar.” The shame is that Hollywood doesn’t recognize video games as art the way they do animated films. Yet these performances aren’t just convincing for their voice work, there is real emotion in the eyes and subtle, minute facial expressions shared between these characters.

Much like “Uncharted 2,” the story begins in the middle with a disastrous event before flashing back and filling in everything that led up to the event, then it proceeds to the story’s climax. It’s an interesting, if unnecessary, bit of nonlinear editing that allows things to start off with an action sequence before slowing things down for a proper build up. It makes sense gameplay-wise if it doesn’t seem to make much narrative sense. Nevertheless, the story truly begins with a married Nathan (Nolan North) and Elena (Emily Rose) struggling to find happiness with their domesticated lives after having agreed their past adventures were too dangerous to continue. We know these two have spent their lives traveling, discovering lost cities, and finding treasure. It hasn’t lead them to fame and fortune, though it has allowed them to escape the boredom of normal lives.

When his estranged brother Sam (Troy Baker) turns up with a plan to find the lost treasure of a group of infamous pirate captains, the lure of adventure is too great to ignore. More importantly, it proves necessary when his brother explains why his life might just depend on their success. For the sake of those who haven’t played it yet, I’ll leave it at that. Suffice it to say, developer Naughty Dog has always done a good job of making these adventures very character driven affairs, and none of them more so than this one.


This is the last hurrah for Nathan Drake and he’s keenly aware of the fact. As usual the treasure they seek is the McGuffin, while the family drama is what drives the story. This time there are two family dramas and Nathan is torn between his loyalty to his brother and saving his marriage. There are flashbacks to young Nathan Drake spending time with his older brother Sam, which inform their current relationship as well as their long standing quest to discover the long lost pirate treasure of Captain Avery. But there’s also a good sized portion of this game devoted to putting Nathan and Elena together allowing them to work out their marital strife, much of which may or may not have to do with his need for adventure. Both are done in very satisfying ways with strong characterizations and performances. They are what make the game worth playing.

As far as the gameplay is concerned, it’s mostly what we’ve come to expect from the franchise. The new elements include a few too numerous sliding sections, a grappling hook, in order to mimic Indiana Jones’ whip, and a spike with which to climb areas where no handholds exist, and even some off-road jeep exploration. While there are no true innovations here, the familiar mechanics feel noticeably refined and improved from their predecessors. 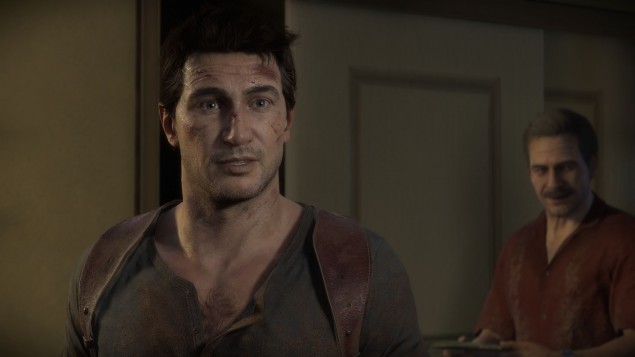 The gameplay is at its best when it presents its puzzles; it’s combat is at its best when it allows the player to stealth their way through an encounter; and the parkour is at its best when it leads to new areas where clues can be found as to the history and the mystery of the pirate treasure in question, and it’s even better when you’re forced to utilize the new grappling hook in order to get there. Yet far too often Naughty Dog fills in the blanks with generic combat. Now and then they mix it up with different types of enemies that take different tactics, but they all require large amounts of sitting behind cover and sending large amounts of bullets down range towards wave after wave of enemies. This is an element that has plagued rather than furthered the experience of all the "Uncharted" games up to this point. As expected, Naughty Dog also includes a number of big, beautifully rendered set pieces to explore, and breaks up the standard gameplay with big action movie moments. At times in past "Uncharted" games these moments have felt like they came from an Indiana Jones film as directed by Michael Bay, and at least a few of them feel just as over-the-top here. However, the majority of them feel more appropriate to the smaller more personal tale they exist to further.

Don't be fooled, "Uncharted 4" isn't without its flaws. The game starts out slow, though for good reason. Yet these slower moments give way to bigger action blockbuster moments that'll leave you on the edge of your seat. Sure there are some pacing issues now and then, and parts of this game feel long in the tooth. I could have done with less outright combat sequences, and even a tad less of the parkour. There are parts of the game that feel like just more climbing and swinging for the sake of more climbing and swinging. Nevertheless, the story and characterizations here are among the best the series has to offer. 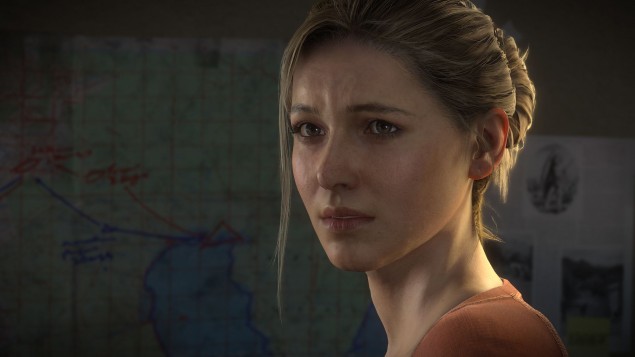 From the beginning I connected with the personal drama between two brothers. I connected with the husband and wife drama. And I was endlessly fascinated by the mystery behind the lost pirate treasure, and the hidden pirate colony waiting to be explored. It was like a book I couldn’t put down or a good TV show I didn’t want to stop watching. Each chapter ended in such a way I had to see where the next one would take us. This game is the culmination of years of learning to make solid gameplay and character driven stories. As such it’s the perfect conclusion to Nathan Drake’s story. It’s the fitting end of an era that began 9 years ago with “Drake’s Fortune,” but without spoiling anything, they clearly leave the door open for the “Uncharted” brand to continue. That’s something to be excited about.

Let’s not forget, as it seems so many others have, if you enjoy the gameplay and the world created here, Naughty Dog has also packaged in a solid multiplayer. There’s countless unlocks waiting to be earned, and several enjoyable game modes across a number of well thought out maps. It’s easy enough to pick up and play, yet deep enough for the experienced strategist to find some value in as well. It’s a mode more people would be talking about if only the game hadn’t come out the same month as other multiplayer-centric fare like "Overwatch" and "Doom" (and if "Uncharted 4" weren't a PS4 exclusive). The game would have been well worth the $60 asking price if only for the single player mode. Add on the surprisingly fun multiplayer mode and you have a rare game with endless amounts of replayability. That’s something to commend in a time when game developers are continually offering less at higher price points. If you own a PS4, this is one of the games you have it to be able to play.

Enjoy these screenshots of landscapes during different portions of the game: 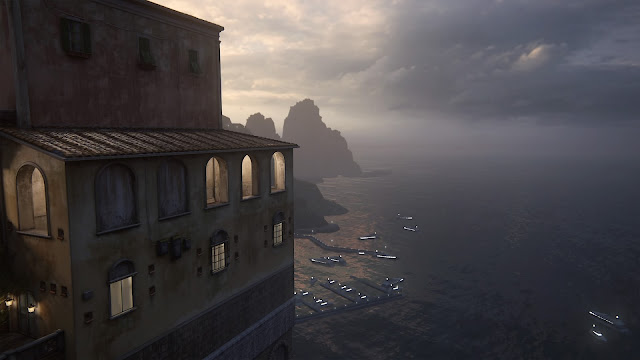 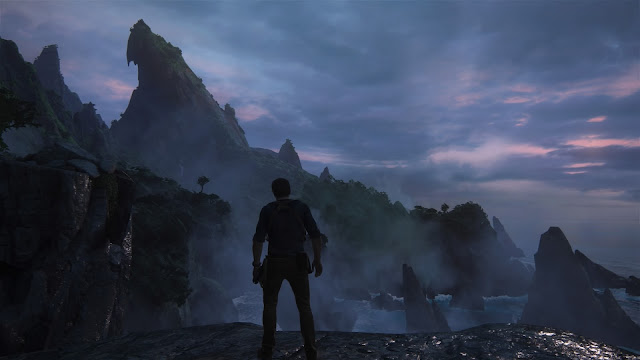 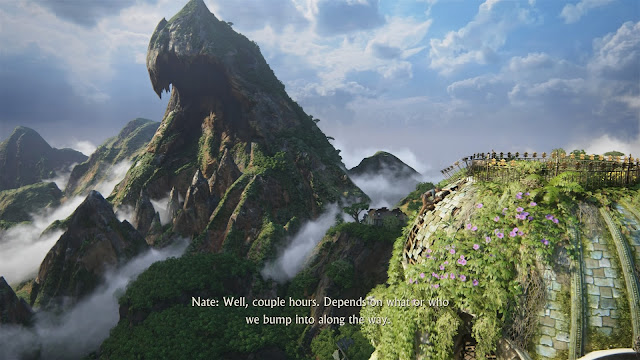