In case you haven't been following this story, Sean Parker, the man behind Napster (that peer-to-peer music file sharing program from the late 90's, early 2000's), has proposed a new movie streaming service that would allow people to rent a film for digital streaming in the privacy of their own home as soon as the film opens in theaters.

The service would require a special set-top box, designed to be piracy-proof, that would cost around $150, and each film rental would cost $50 and would then only be available for 48 hours. Additionally, as if anticipating the blowback from cinema owners and enthusiasts of the theatrical experience, Parker claims a portion of the rental fee would go to theater owners. To sweeten the deal further, a rental would also come with a pair of tickets to see the film again in an actual theater. However, this comes off as little incentive for theater owners to endorse the idea considering they would rather consumers see pay them directly to see films in their theater in the first place.

Yet surprisingly AMC Theatres (America's largest theater chain) and a surprising number of big Hollywood names like Peter Jackson, Steven Spielberg, J.J. Abrams, Ron Howard, and Martin Scorsese have gone on record endorsing the idea. Jackson told Variety in defense of the idea, “Screening Room will expand the audience for a movie — not shift it from cinema to living room.”

However, not everyone is in favor of the service. Entertainment Weekly reported that the National Association of Theatre Owners (the group representing the majority of the theaters in the country), spoke against the proposal stating, if new distribution models are to be made they “should be developed by distributors and exhibitors in company-to-company discussions, not by a third party.”

More recently other big Hollywood names like James Cameron, Christopher Nolan, Jon Landau, and Roland Emmerich have joined forces against the idea stating, "It's crucial that we support and protect the cinematic experience."


I'm with Nolan, Landau and Cameron. It's crucial that we support and protect the cinematic experience. https://t.co/yFiFl5UGLf
— Roland Emmerich (@rolandemmerich) March 17, 2016

Speaking for himself and James Cameron, Jon Landau told Variety, “For us, from both a creative and financial standpoint, it is essential for movies to be offered exclusively in theaters for their initial release. We don’t understand why the industry would want to provide audiences an incentive to skip the best form to experience the art that we work so hard to create.”

So what does this all mean? Essentially a civil war is brewing in Hollywood just in time for Marvel's own civil war. While it's clear the proposed streaming service represents a conflict of interest for the film industry, the idea itself also feels half baked. It's clearly not made for mass consumption. A $150 set-top box isn't exactly out of the ordinary, but the $50 asking price for day and date film rentals is somewhat prohibitively expensive. My hope is this service, if it ever gets off the ground, wouldn't damage the theatrical experience, and my gut tells me it doesn't have that much to worry about. Most consumers are unlikely to spend $50 to see a movie at home when they could see it in theaters for $10. While some will justify the cost by saying a night at the movies with the family would likely run them around that price anyway and at least this way they could avoid the crowds, but it's not a cost effective method of viewing films when we consider the $50 price tag (on top of the initial $150) is without concessions and more costly for groups of people fewer than 5 people. Yet it's not out of the realm of possibility that a home theater setup with this streaming service could screen a new film for a large group of people who've gathered for a party or movie night with only one person footing the bill (a flat rate of $50) for the film rental. In this scenario how many potential movie tickets and concession sales did the local theater just miss out on? And what would such a streaming service mean for box office sales? 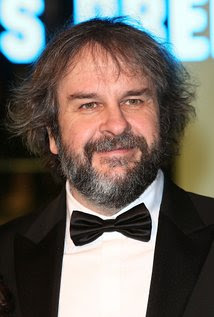 Peter Jackson released a statement in defense of the streaming service claiming it wasn't designed to cannibalize theatrical revenues. He believes rather, "Screening Room is very carefully designed to capture an audience that does not currently go to the cinema." Yet this seems an unlikely scenario. I can't imagine there are many people who don't currently go to cinemas who would be willing to utilize a streaming service as costly as this one.

While the conversation here seems to be about bigger films (the kind you're likely able to find in any local theater), I'm more interested in making smaller indie films, or films that only get a limited release available to rent digitally. We already see some of this happening. Every week there's at least a few films in limited release that also get a same day digital rental release. Yet more must be done to fix the current distribution methods. Some of the most critically talked about and endorsed films from last year were in such limited theatrical release that I never had the option to see them (I'm still waiting on "Son of Saul," and "Anomalisa" has only just gotten it's digital release this week). And part of the problem is theaters only have so many screens, and it's up to them to decide which films will be the most profitable films to run. Obviously the latest action blockbuster is a more attractive film to open in your theater than the an indie drama that's been slowly expanding it's theatrical release for months on end. As such, there tends to be a significant number of films in limited release that just won't become available to see until it's eventual blu-ray/DVD/digital release well after the film has faded from the public eye.

Surely a method of digital rental can co-exist with a theatrical release, even if that rental period doesn't begin until a specified time after the initial theatrical release. Distribution methods need addressing, but Sean Parker's streaming service doesn't sound like a viable solution.