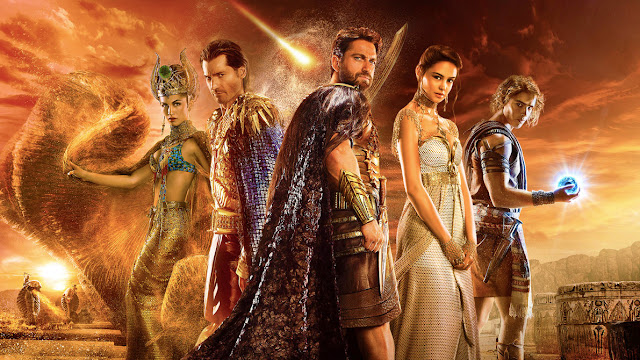 It's an ugly term, but it's an uglier offense. Whitewashing is the buzzword hovering over this year's Oscars, as you likely know. All the nominations are white actors and actresses. And the controversy has lead many to question Hollywood for the lack of casting people of color in film roles, or perhaps for even failing to provide roles (both in front of the camera and behind the scenes) to people of color. But it would seem that Hollywood hasn't completely failed to provide the roles, yet it has very much failed in its casting.

Whitewashing was the subject of a recent video produced for John Oliver's "This Week Tonight" (watch it here). The video showed a significant number of roles that should have been filled by people other than white actors. Off the top of my head roles like the lead in "Prince of Persia: The Sands of Time" went to Jake Gyllenhaal, the character Tiger Lily in last year's "Pan" was played by Rooney Mara, and from "The Lone Ranger," Tonto, a character who is controversial in the first place, was played by Johnny Depp. Of course there are other examples where most of the leads are played by white actors, like "Exodus: Gods and Kings," and "Noah." Director Ridley Scott defended his casting choices by saying that in order to make such a big budget film a box office success that would grant them the returns required to justify making the film in the first place, he couldn't entrust the lead roles to unknowns (though his wording was far less pleasant).

This is Hollywood's failure. The roles seem to be there, despite Hollywood's claims otherwise, but they seem to be going to white actors who are considered more "bankable." Hollywood doesn't believe it can make a big budget blockbuster with non-white leads, but constantly wants to make films featuring non-white characters. They've either failed to establish other actors or don't consider the ones available "bankable" and that's why this "whitewashing" continues.

It seems just a bit ironic that the Oscars, and the latest big budget "whitewashed" Hollywood film is set for wide release on the same weekend. "Gods of Egypt" director Alex Proyas and Lionsgate Studio recently issued an apology recognizing their error in casting Scottish actor Gerard Butler and Danish actor Nikolaj Coster-Waldau (among others) as Egyptians. The only thing promising about the film is that it's keeping the conversation going and could, perhaps, make more Hollywood studios cognizant of such casting decisions moving forward.