How Music Elevates the Story 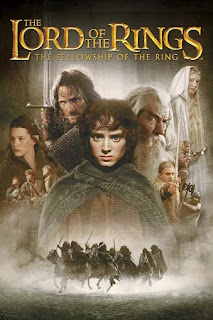 It always impresses me, and reaffirms my love for the craft and art of film, when I get to see little snippets of how each piece of a film contributes to telling the story. I remember seeing a video after news broke that costume designer Mark Bridges had been nominated for his work on "The Artist" (2011). It explained how Bridges put the protagonist in nice, well fitting suits in the earlier portion of the film while things were going well. But as things started going south for the character, Bridges changed his wardrobe to bigger, more ill-fitting suits so make the protagonist feel smaller, as if he were shrinking under the weight of his problems. It's a clever little thing that contributes to the storytelling even if it isn't always obvious to the viewer.

Music is something far more apparent, but can still be hard to see the nuance. Fortunately there are people like YouTuber Nerdwriter1, who brings us an extremely well put together piece on how Howard Shore's score for "The Lord of the Rings: The Fellowship of the Ring" utilizes multiple leitmotifs that often come and go, and intertwine with each other from scene to scene in order to inform the audience of where the story is and where it's going next. After seeing this video it's hard not to appreciate music in film, and more specifically Howard Shore's magnificent score to "The Lord of the Rings."