The Summer In Review 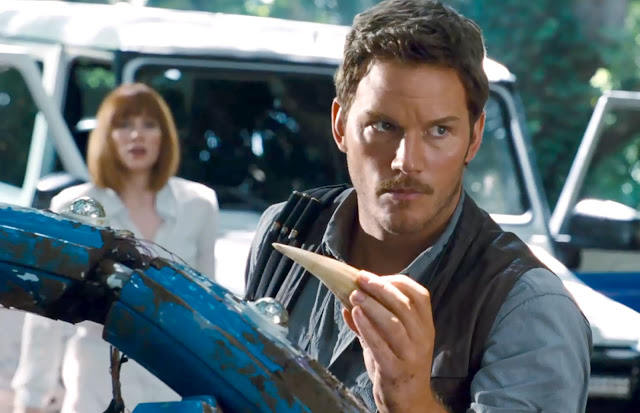 Recently The Washington Post released an article about the ten lessons we learned from the summer movie season of 2015. It's an interesting article in that it's always a bit fascinating to look back over the year and compare the opening weekends box office results. It gives us a picture of what types of films audiences are interested in, and what those trends mean in the grand scheme. 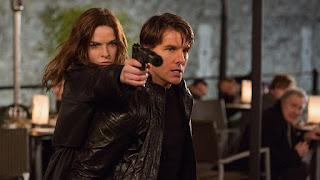 We had the usual expected things like the fact that Tom Cruise still has it (Mission Impossible) and Adam Sandler still doesn't (Pixels). But there was also some unexpected things like the success of "Straight Out of Compton," even if we knew good and well people love the 80's. Lately that era has served Hollywood well for reboots and other films geared toward nostalgia for music, movies and video game franchises. Yet even nostalgia can't save a film with Sandler's name attached.

Yet nostalgia for the 90's and Spielberg's classic "Jurassic Park" helped "Jurassic World" to a record breaking opening weekend. It has also gone on to overtake Marvel's juggernaut Avengers films, beating both "Age of Ultron" this year, and stealing the 3rd spot from "The Avengers" on the all-time domestic top 10 list. The conclusion we can possibly make is that people like dinosaurs more than superheroes, or at least we're growing ever so slightly tired of the genre. That thought grows more credible when we look at the failure of "Fantastic Four." Yet I'm inclined to blame the poor numbers on the poor reviews and word of mouth it received (as well deserved as they may have been) rather than the possibility that audiences are growing sick of hero films. I think it's more indicative of the reception we can expect when studios other than Marvel Studios try to make superhero films, especially when it's a Marvel property (I'm looking at you Fox). Yet "Ant-Man" is a curious outing for Marvel as it was likely the least anticipated Marvel film to date, and it performed surprisingly under expectation despite decent reviews. It did, however, find more success overseas. It proves, perhaps there is a limit to what audiences are willing to accept from these comic book heroes, and there might be a sense of fatigue setting in. Yet the train shows no sign of slowing down. 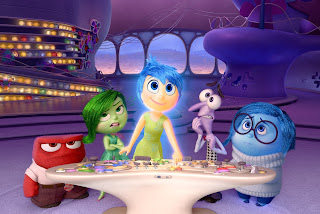 We also learned that comedies featuring female leads are popular enough at the box office to outdo our love of nostalgia and a good rebooted (or was it a sequel?) action flick in "Mad Max: Fury Road." "Pitch Perfect 2" beat out the rebooted post apocalyptic film (even if "Mad Max" featured a strong female lead as well), while Pixar's "Inside Out" (featuring the voice talents of Amy Poehler and Phyllis Smith) and Amy Schumer’s big-screen debut “Trainwreck” found success as well. Melissa McCarthy's latest comedy "Spy" even out performed “Entourage” and “Insidious Chapter 3" that weekend.

Reboots and sequels are typically a sure fire thing right? That's why Hollywood keeps making them. Although there's conflicting evidence for and against that theory. “Vacation,” “Poltergeist” and “Terminator: Genisys” all struggled. Yet Max Landis' original film "American Ultra" was outperformed by sequels and reboots like "Mission Impossible," "The Man From Uncle," and critical flops "Hitman Agent 47" and "Sinister." It's one thing to criticize Hollywood for only doing reboots and sequels, but when the box office numbers continue to support that method we start to wonder if the public as a whole hasn't been tricked into following Hollywood's trend. Granted "American Ultra" had middling reviews, but The Washington Post article points out Max Landis' twitter rant that brings up a thought provoking question:


"Am I wrong? Is trying to make original movies in a big way just not a valid career path anymore for anyone but Tarantino and Nolan?" 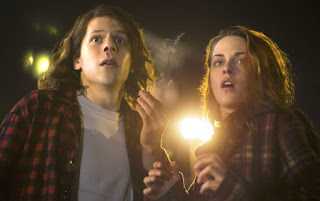 To that I would say no. I certainly hope not, but Landis hasn't quite made a name for himself comparable with Tarantino and Nolan. Not to mention the fact that their original films tend to be better reviewed than "American Ultra." I was only so-so on his film, but I do support the making of a big budget original film. Even if "American Ultra" didn't end up being the success that Landis hoped it would be, I do hope that he keeps making original films.

It's been an interesting summer, and a pretty good one for movies. Now we head off to a season filled with smaller films hopeful of a favorable award season in the early part of next year. But lets face it, with huge films like "Star Wars: The Force Awakens" and the new Bond film "Spectre" the latter part of the year is turning out to be just as exciting as the summer.