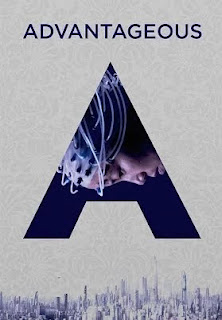 The last few years have proven humanity's fascination with delving into the topic of consciousness. We're fascinated by tough questions involving who and what we are, and whether or not we can create new consciousness'. And then again, we further wonder, if we can make new consciousness, what is the value of that new consciousness? Is consciousness the same thing as being human? And what does it mean to be human?

The latest film to enter the ring is a project by writer/director Jennifer Phang, who co-wrote the script with the film's primary actress Jacqueline Kim. Kim plays Gwen Koh, the struggling mother of a daughter about to head off to an expensive prep school. Gwen has recently been let go from her job at a company who happens to be developing a procedure that allows a person to transfer their consciousness into another body. It's being marketed as a replacement for cosmetic surgery for older people hoping to look and feel younger again. However Gwen's involvement in the company and the procedure itself is unclear, as later on she seems to have little knowledge of it.

Gwen is clearly a loving, devoted mother who wants the best for her daughter, yet a tough financial situation forces her into making a desperate choice. Even when she has been working for this mysterious company, she had been working for cheap, but can't afford to do so anymore, particularly with the upcoming cost of Jules' new school. She receives a phone call to inform her that a recent physical prequalifies her to be an egg donor, which would help while she searches for new employment. The opportunity is just a further example of the way the human experience has devolved to the point of questionable value. She was let go from her previous job because she was getting too old to represent the company, and she struggles to find more work due to her gender and age. This dystopian future vision has relegated women to the role of egg donors, and completely devalued the those 50 or older. Teachers have been replaced by computers, and women in general are supposedly let go from jobs before their male counterparts. The company however is headed up by a woman, and one of the only male characters in the film is James Urbaniak's Fisher, an underling of the head lady, and the only character that tries to look after Gwen. So the sexist nature of this future world is told to us rather than seen.
It is, however, an interesting vision of the future Phang presents, even if it features some very lackluster special effects. The world and those inhabiting it feel shrouded in a bleak haze, which is further enhanced by the film's cold color tone. We never see phones or computers, they're just ever-present things that characters talk to. There's also a sense that there are cameras everywhere. People are under constant surveillance, yet nothing in particular is made of these elements as interesting as they may be.

With Jules future in mind, and concern about their financial future, Gwen turns back to the company who let her go when they make her an offer that would pay her far better than she could hope to get elsewhere. Their deal involves making her the face of their company, the spokeswoman for the marketing of their procedure, which they hope to have mass market appeal. However, the only way she'd be allowed to become the face of the company, is if she undergoes the procedure herself. She's considered far too old to face their company as she is, but having transferred her own consciousness into a younger body, she can vouch firsthand for it.

Fisher does try to warn her that there could be consequences to the procedure, but the full extent of those consequences I won't go into. But as you might expect, tough, thought provoking questions are raised, particularly involving identity after such a procedure. While there's a lot to ponder here, it doesn't feel like a complete film. It may raise thought provoking questions about consciousness and identity, but it doesn't allow much time to grapple with them. Just how important are memories to who we are? And can our memories be transferred? With a relatively light runtime, there just isn't much time left for dealing with the consequences of doing such a thing. The world is fairly well thought out, yet much of it is expressed in dialogue rather than shown visually. Nevertheless, the ideas are strong, as are the performances. It may lack polish, but it is a promising sophomore effort from a rising director.