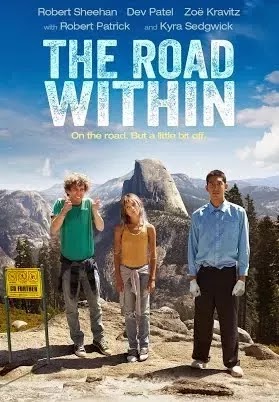 Based on the 2010 film by German director Ralf Huettner (written by Florian David Fitz) called Vincent Will Meer (which is currently streaming on the free version of Hulu under the US title Vincent Wants to Sea), The Road Within is about Vincent (Robert Sheehan), a young man with Tourette's Syndrome taking a road trip to carry his recently deceased mother's ashes to the ocean.

The backstory here is that Vincent's father Robert (Robert Patrick) is an extremely busy politician, who rarely has time, or patience, for Vincent and his tics. He's also remarried, which indicates that there was a split well before Vincent's mother's death. Nevertheless, Robert has no intention of taking in Vincent and his troubles. He drops Vincent off at Dr. Mia Rose's (Kyra Sedgwick) experimental treatment clinic and returns to his busy political life.

Once he's there, Vincent meets his roommate Alex (Dev Patel), a young man struggling with Obsessive Compulsive Disorder. The two immediately have difficulty getting along, between Alex's fear of Vincent and his unhygienic shoes, and Vincent's tics that typically manifest themselves as outbursts of swear words and hurtful insults to whoever happens to be within earshot. However, the two manage to relax whenever one of them turns on some classical music.

Shortly after this awkward meeting, Marie (Zoe Kravitz) shows up to give Vincent a tour. While there isn't much to show, and Marie certainly tries to keep his expectations low, she does however seem to have an interest in him. When Vincent causes an outburst by Alex in the lunchroom later on, we see Marie use the distraction as an opportunity to hide her food rather than eating it. She's dealing, of course, with anorexia, but unlike Vincent and Alex she doesn't seem to think there's a problem.

Eventually Marie informs Vincent that she's stolen the doctor's car keys. With nowhere else in mind she allows Vincent to pick the destination, and he's intent on taking his mother's ashes to the ocean. Alex ends up getting brought along against his will, because they didn't want him tell the doctor. However, the doctor realizes it soon enough anyway and calls Vincent's father. Why they don't bother notifying Marie or Alex's parents is just one example of the sort of convenient scripting oversights that become somewhat typical by the end of the film.

Dr. Mia, and Robert head out together to track the youths down. During their journey, Mia discovers Robert's hot-headed nature, and they tend to bicker like children. It's hard to believe the level of immaturity between these two whether it's meant to be comedy or not. Later on, he admits that he's been a bad father. He's been embarrassed to have Vincent as a son, and knows it's something Vincent can't forgive him for. And Mia feels responsible for driving Marie away. Despite, what should be an emotional scene, as the two adults realize their faults, the setup feels contrived. Sadly, there are many contrived scenes in this film, but some of the worst are the ones between Robert and Mia who feel like nonsensical travel mates. 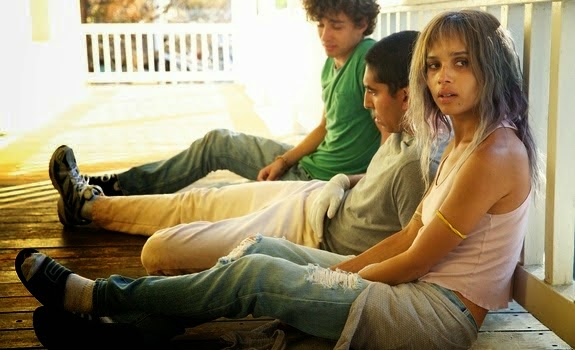 The film is at its best when following the three youths. They irritate each other the whole way, but bond nevertheless. There are some nice scenes between these genuinely emotional characters. Sadly even the good scenes are often lessened by poor writing. The inconsistent tone and tempo of this film is represented in a scene in which they get in a fight, and Vincent, in an extremely violent rage, punches Alex, making him bleed fairly badly. Yet a moment later they all sit and laugh about it.

The struggle with their conditions have taken over their lives. So much so that very little development of these characters is done aside from their disorders. Other than Vincent, who has the aforementioned backstory, Marie and Alex are known to us only for their disorders, rather than who they really are; a point seemingly counter to the objective of the film.

However, it isn't without its moments. There are some genuinely emotional scenes, but too many feel contrived. Much of its comedy falls flat, particularly when it relies on just a few jokes rehashed repeatedly throughout the film. The performances by the three leads are fantastic, but they're in service of a script that doesn't do them justice.
Posted by Zach Owens
Email ThisBlogThis!Share to TwitterShare to FacebookShare to Pinterest
Labels: 2, 2015, dramedy, indie