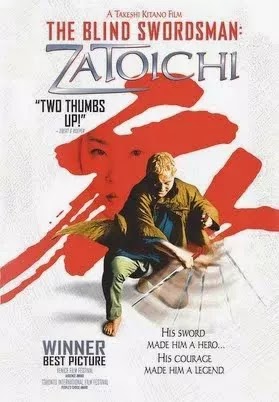 The fictional, blind masseur/swordsman Zatoichi has graced the screen many times in Japan over the years. Not a samurai warrior, he used a shikomi-zue (cane sword) since all fighting blades were strictly outlawed for any non-samurai during the Edo period, which the story of Zatoichi is set. Kitano is a director/actor that I've mentioned fondly numerous times. He's one of the most underrated, underappreciated filmmakers of our time. He's a director capable of compelling gangster films, and funny, charming comedies. The Blind Swordsman: Zatoichi is a very satisfying blend of these two types of film.

Akira Kurosawa's classic 1961 film Yojimbo, that inspired remakes such as Sergio Leone's 1964 Spaghetti Western, A Fistful of Dollars, and Walter Hill's 1996 gangster flick, starring Bruce Willis, Last Man Standing, serves as Kitano's inspiration here as well. He plays Zatoichi, a blind man wandering into a town to defend its citizens, who are struggling under the oppression of two warring yakuza clans (the crossover is appropriate considering the character of Zatoichi was featured in 1970's Zatoichi Meets Yojimbo). 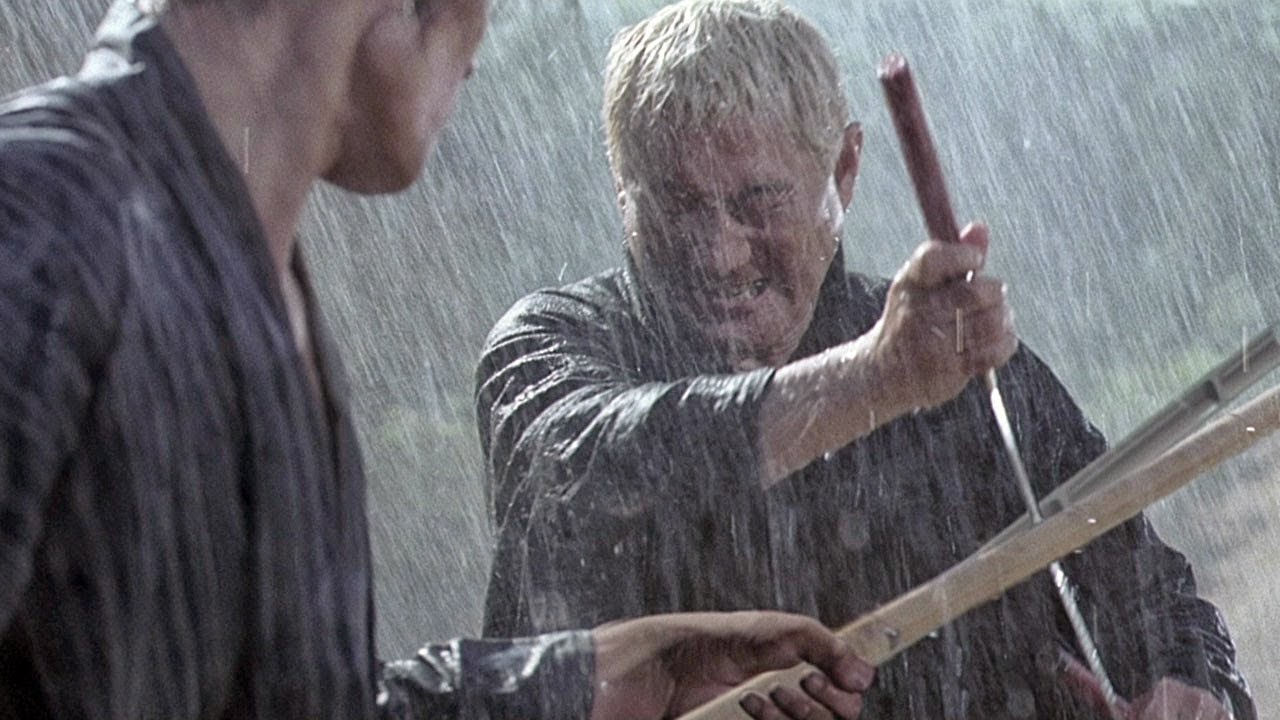 Kitano gets the character's details right. He goes around giving massages, gambling to dice games, and using his cane sword to quickly cut down enemies. He meets a friendly lady who lives just outside of the town with her nephew, who Zatoichi quickly befriends. The nephew is responsible for a lot of the comic relief throughout the film. He has terrible luck at gambling, and he's fairly incompetent at just about everything else. Perhaps the funniest scene in the film is when the nephew attempts to teach a group of teenagers how to sword fight (with wooden planks).

Along the way they meet the Narutos, a pair of geisha siblings (one of whom is a man dressed like a girl). Their backstory tells of a gang that wiped out their entire family. Ever since, they've disguised themselves as geishas to entertain men long enough to rob them. They've also tracked down, and murdered, a number of the men that killed their family, but several still remain. 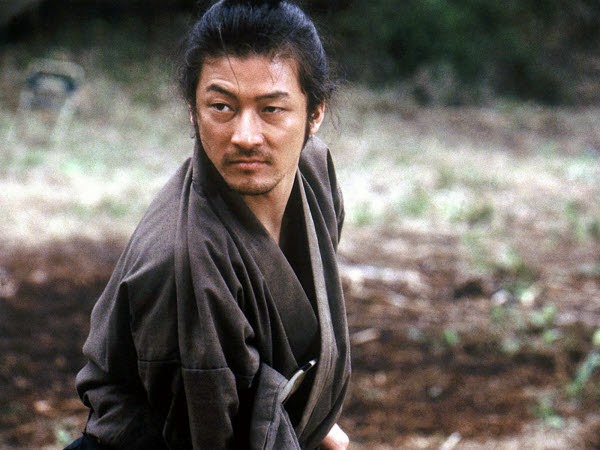 Hattori, a ronin, or a masterless samurai (or literally a wandering man without a home), comes to the town in search of work to provide for his sick wife. One of the clans takes him in as a bodyguard after witnessing his impressive skills. The clan uses him to take down the opposing clan, while the yakuza bosses (who happen to be the ones behind the Naruto family murder) surround the geishas having discovered their secret. Zatoichi has to take down the yakuza clan, including their skilled bodyguard, to save them and the town. To Kitano's credit, he affords the time to explore the backgrounds of both Hattori and the geishas. It's a strong bit of story writing that allows us to sympathize with the geishas. However, Hattori's situation with his sick wife is a subplot that feels forgotten by the end of the film. 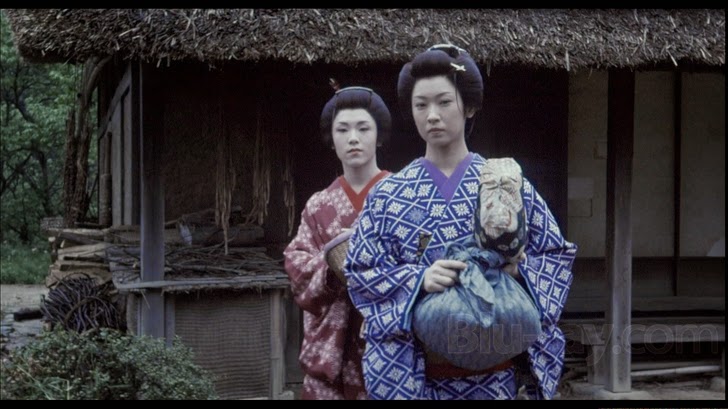 Despite this, it's an entertaining film that successfully blends comedy and gruesome sword fights. In addition to the nephew's comic hijinks, there's the village idiot, who wants to be a samurai, and practices by putting on a ridiculous outfit and running laps around the houses while screaming and carrying a spear. These comic moments give way to bloody action sequences from Zatoichi, and Hattori. It's a credit to Kitano that these opposites blend so well together without either feeling out of place. However, the CGI, looks dated by today's standards, but it's fairly few and far between.

There's also a few twists and turns along the way to keep things interesting. It's clever, comical, even progressive (when you consider the male geisha that has lived his life as a woman). Kitano constructed the film with care for his art. Consider the rhythmic field workers, the depth of script, and quality choreography in the action sequences. The result was that Kitano won the prestigious Silver Lion for Best Director at the Venice Film Festival in 2003, and we get an entertaining film that blends genres surprisingly well.
Posted by Zach Owens
Email ThisBlogThis!Share to TwitterShare to FacebookShare to Pinterest
Labels: 2003, 4, crime, Japan, period piece, samurai, Yazuka