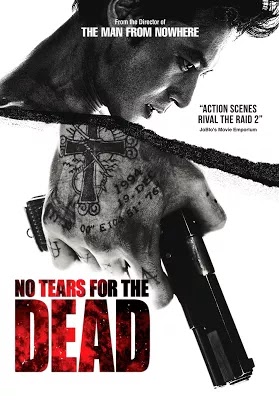 Korean action films are booming of late, and Netflix has grabbed a large number of them. Jeong-beom Lee's previous film The Man From Nowhere was a tense thriller with spectacular action sequences. Lee's follow up is very much in the same vein.

Gon (Dong-gun Jang), a Korean born, American hitman, while on the job, accidentally kills an innocent little girl. Afterwards, he feels so guilty he tries to quit, but the men he works for won't allow it. Furthermore, they task him with going to Seoul, South Korea to kill the little girl's mother, Mogyeong Choi (Min-hee Kim). That guilt remains though, so instead of killing her, he attempts to gain redemption for his mistake by saving her from the swarms of killers they send after them.

Detectives frequently visit Mogyeong Choi to ask what she knows about her husband and his associates. The sheer number of bad guys involved and who works for who gets a little confusing at times. Nevertheless, someone she knows, John Lee (Jun Sung Kim), is explained to be a criminal, with ties to the people who killed her husband. They explain to her that he is publicly known as a hedge fund manager, but in reality he's in charge of an operation that launders money from drugs and human trafficking. The anchor investor is a paper company operated by the Triads. Her husband planned to sell John's accounts to the Russian Mob. However, the plans fell through when Gon (hired in extension by John Lee) showed up to kill him, but no one was able to find the incriminating file. She received his old phone along with some of his other belongings after his death. And of course, the file turns out to be in the SD card in the phone. 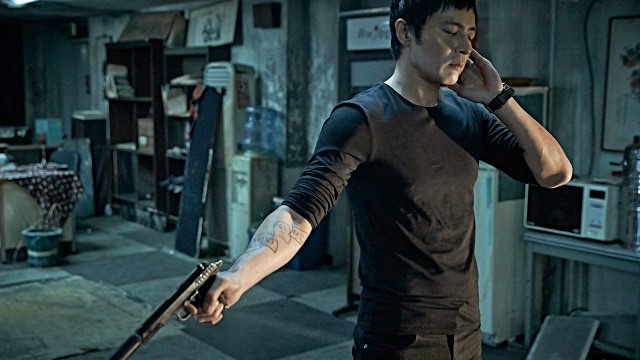 Much of the first half of the film is slow and sad as they set up the motivation for Gon. That motivation comes in the form of his own sad past of having lost his mother to suicide when he was a child, to having accidentally taken a caring mother's child away from her. In doing his surveillance he's confronted by his mistake by seeing how broken hearted Mogyeong Choi is.

Dong-gun Jang plays Gon very straight-faced, but manages a hint of depth. Min-hee Kim spends much of the film crying, but her character is not just a damsel in distress. She shows an ability to take care of herself when necessary. They both get through one tough situation after another, mostly through conveniently stupid or incompetent criminals (even though we're not supposed to think that). 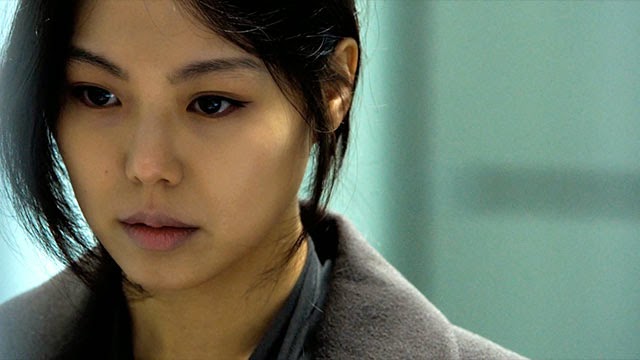 There's some pacing issues, and the plot and characters feel convoluted at times. But there are some very well choreographed, well edited, and brutally bloody action sequences. There's also an awful lot of tears for a film titled No Tears For The Dead. In place of depth of character, the story attempts to win it's audience by appealing to innate emotions for a young mother dealing with the loss of her child. Or by using frequent flashbacks to Gon's childhood explaining how his mother committed suicide.

The bloody action does build to a satisfying end, but the journey to that end is an uneven mix of gory action, and sobfest moments tied together by a somewhat convoluted plot. And while there are some touching, and tragic moments in this film, it fails to reach the same level as his previous film The Man From Nowhere.
Posted by Zach Owens
Email ThisBlogThis!Share to TwitterShare to FacebookShare to Pinterest
Labels: 2.5, 2014, action, crime, Korean