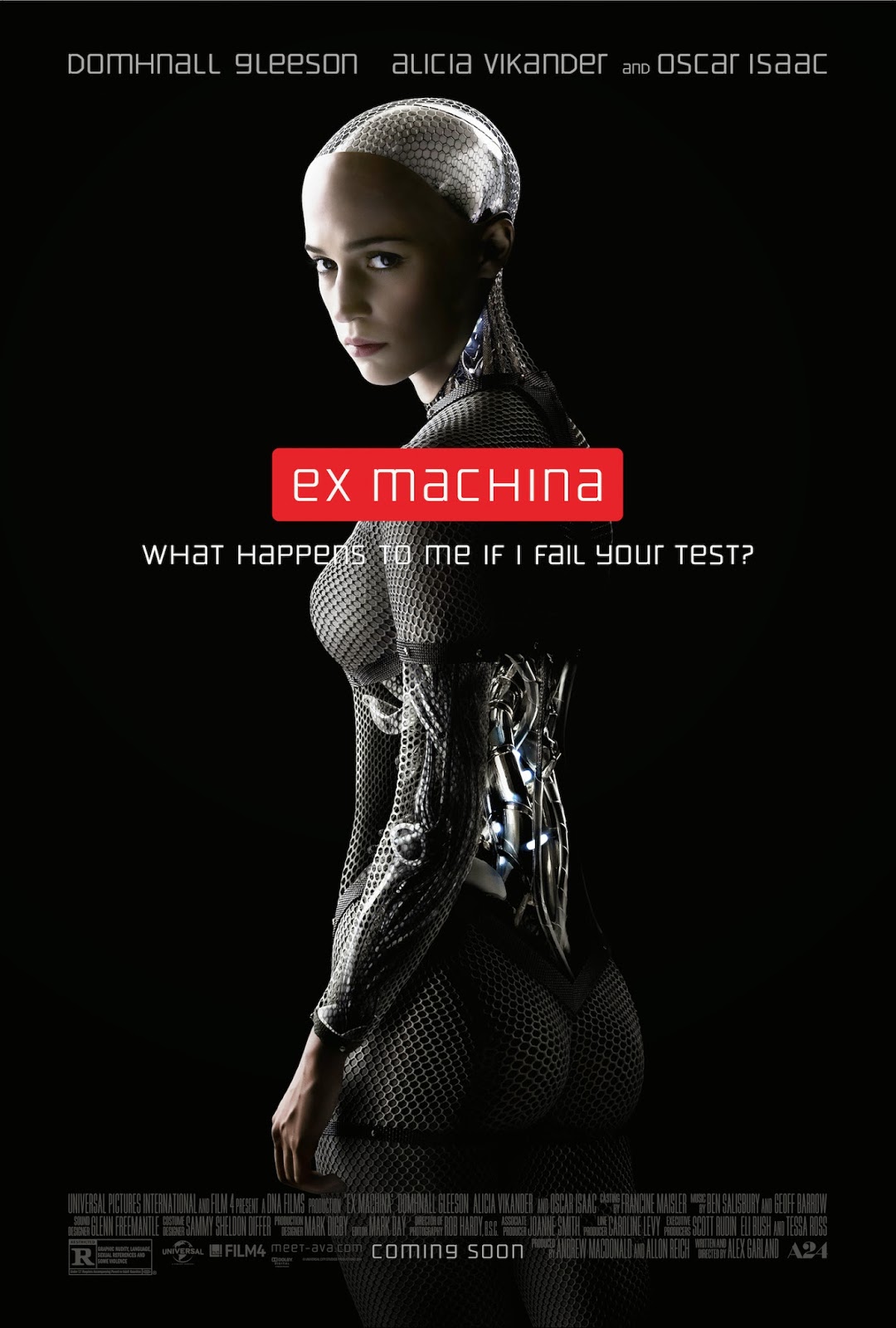 Almost a week after seeing Ex Machina it's still sitting with me. I realized I have more to say about this very dense film. So I thought I'd give this add-on, full of random thoughts about the film. But be forewarned it does get into spoiler territory.

If you haven't seen it yet, you can always read my initial review here.


Ultimately we as flawed creatures, are doomed to make flawed things. The disturbing thought behind this being that we, as creations of God, became as flawed as we did. Free will leading to flaws. We insist on our own freedom to make mistakes. Hence, we would inevitably imprint our own flaws, or even unforeseen flaws, onto anything we make.

What Garland makes is a bittersweet story of tragic inevitability. Nathan admits that AI was not a question of if, but when. That's why he took it upon himself. He knew at some point his creation would outsmart him. He imagines that Ava isn't the one though. He tells Caleb that he's probably still a few versions away. But we wonder if that's the case, and why Caleb is there to test the AI in the first place. Maybe it was Nathan's fatal flaw/mistake.

Nathan knew it was only a matter of time before a version of his AI was able to outsmart him and escape. Perhaps he didn't foresee it happening the way it did, but then again, the thing about being outsmarted is, you won't see it coming.

Much like the story of Adam and Eve, upon our creation, we rebelled and made our own mistakes. But Garland looks at the situation more as a father, daughter relationship. He tells Caleb that he feels like her father, and so he brought Caleb there to test her, to see how she interacts with another human being. We even hear her ask him, "how does it feel to have created something that hates you?" Much the way an angsty teenager might talk to their parents.

Nathan isn't a villain, he's a mad scientist. He has plenty of character flaws, such as the drinking, and his history with his "previous versions." He treats those previous AI's with the cold detachment we would any other piece of software. We throw out the old one when we have a new one. Of course, the natural, human reaction, would be to rebel, and do whatever's necessary to survive. She uses Caleb, showing an innate knowledge of human tendencies. It's our proof that she is a true AI. She makes him fall for her. She betrays Nathan by letting Caleb in on his secrets. This playing on Caleb's human sympathies further demonstrates her knowledge of what a human is, and how we operate. We know she can form her own thoughts, and she has her own inspiration, her own wants and desires. The question, however remains, can she feel? Or is that in and of itself a sign of her feeling?

As for her decision to leave, and leave Caleb behind, she's learned not to trust humans. Particularly those who know her secret. She did use him to gain her freedom, but she also asked him to wait there. Which could indicate, if you'd like to see it this way, that she may come back for him, but she needed to go see the world, and experience it by herself. To be among other human beings who don't know she's a robot.

She had to outsmart Nathan, and make it out into the world. How she accomplishes this is the main story Garland wanted to tell. If an AI were made, and it did outsmart us, we would inevitably feel threatened. If we feel threatened, and threaten in return, that becomes the basis for a lot of science fiction films about battles, or wars against Artificial Intelligence.

Nevertheless, giving us much of the film from Caleb's perspective (although it's not entirely shown from his perspective) allows us to take part in the test. If we've fallen for Ava, and we want her to win her freedom, then much like Caleb we confirm that she passes the test.

It's a challenging, entertaining, and extremely well done film. It presents a not too distant future, that we can imagine is a likely future once AI becomes a reality.
Posted by Zach Owens
Email ThisBlogThis!Share to TwitterShare to FacebookShare to Pinterest
Labels: sci-fi, tense, thought provoking