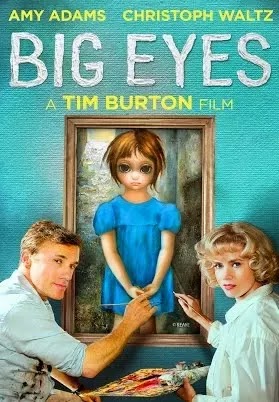 Art is a subjective thing. In the 1960's an artist by the name of Keane became known for paintings of waifs (or helpless, abandoned, or neglected child) with big eyes that seem to be begging for attention. Art critics were divided, but they became wildly popular anyway.

The woman behind these works was Margret Keane (Amy Adams). The film takes us through how she met her eventual husband Walter Keane (Christoph Waltz). He's a charming, but eccentric personality who claims to be an artist himself, but we know better. He attempts to peddle "his" uninspired paintings of Parisian sidewalks, but most people seem uninterested.

Circumstances lead to a fast marriage, when her ex-husband threatens to take her daughter away from her. The marriage begins happily enough. Walter becomes more and more of a shrewd businessman, taking the initiative to rent space at a popular nightclub to hang their art. Furthermore he stays close by and sells people on the art. This is where the problems begin. Most people look past his art, finding Margret's more fascinating. Walter, however, isn't just in it to make money, he wants to promote his name. So when a passerby admires the art, and attributes it to him, he doesn't correct her. From that point on, the big eyed paintings are "his work."

Margret doesn't like it, but he convinces her that people don't care about a woman's work. And as the money rolls in, it's harder and harder for her to put up a fight about it. They've already committed fraud, and it doesn't take long to spiral out of control. The success leads to more exposure for her art, and more money rolling in. But it requires her silence, and continued participation in this lie. Walter on the other hand, finds more and more ways to market the art. He makes copies upon copies, on postcards, and posters. Meanwhile, he keeps her art studio locked away in a private room, where she works in a dimly lit attic, or closet, or basement (depending on which house they're at at the time). He makes demands of how many new paintings he wants, and even starts trying to tell her what he wants to see. It leads to bad reviews, and something of a breakdown in Walter.

Christoph Waltz plays Walter Keane, in a comical, over the top way. It's high contrast against Amy Adam’s more subdued, tragic, but sincere performance as Margret Keane. As a match they never feel like they make sense, but the film is in such a rush to get from one scene to the next that whatever happiness brought on their marriage is never given much context. 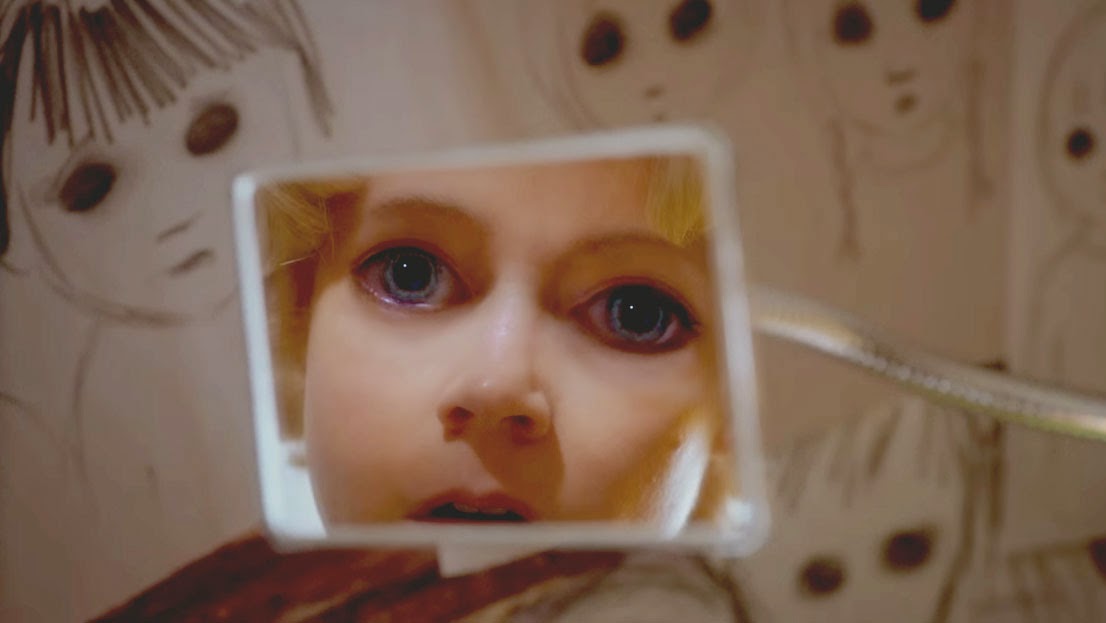 The film also makes a point of mentioning the sexism inherent in 1960’s culture. Even a priest tells her not to question the man of the household, even if he's making questionable decisions. It sadly helped ensure that Margret was ignored in the background while Walter took advantage of her. It's easy to see where Margret got her inspiration for her waifs. Burton even gives us a shot where she sees herself as one of them.


A true artist works from the soul, and puts themselves into their work, their hopes, their dreams, their fears, their past, their present. Amy Adams does a good job portraying the artist, but very little of the film is dedicated to exploring her on any deeper level. Its wandering perspective keeps us feeling detached from the events speeding past us. This is not an indepth piece about Margret Keane and her art. Neither is this an oddball Tim Burton take on the story. It's so surprisingly conventional, unimaginative, Hollywood biopic, that it fails even to give us much empathy for Margret Keane. You might even forget that it was Burton who directed it. It's simply a detached portrayal of two people, a conman and a victim. The finer detail was lost in the sheer number of events added to the screenplay.

Burton teamed with Scott Alexander and Larry Karaszewski, the writers from Ed Wood, a film that succeeded in striking a balance between comedy and tragedy. Here, these elements form an odd concoction that doesn't mix well.

It does, however raise some thought provoking questions about what art is. What's "good" art? And what's the difference between popular art, and art receiving critical acclaim? As Warhol says, it doesn't matter if the art is "good" as long as people like it. We see that in film. It usually isn't the films that are loved by critics and earn awards at award shows that continue to be popular years later. If people like it, and it seeps into mainstream pop culture for years to come, no one cares if a critic says it isn't "good" art.
Posted by Zach Owens
Email ThisBlogThis!Share to TwitterShare to FacebookShare to Pinterest
Labels: 2.5, 2014, biographical, comedy, depression, drama, isolation, Tim Burton