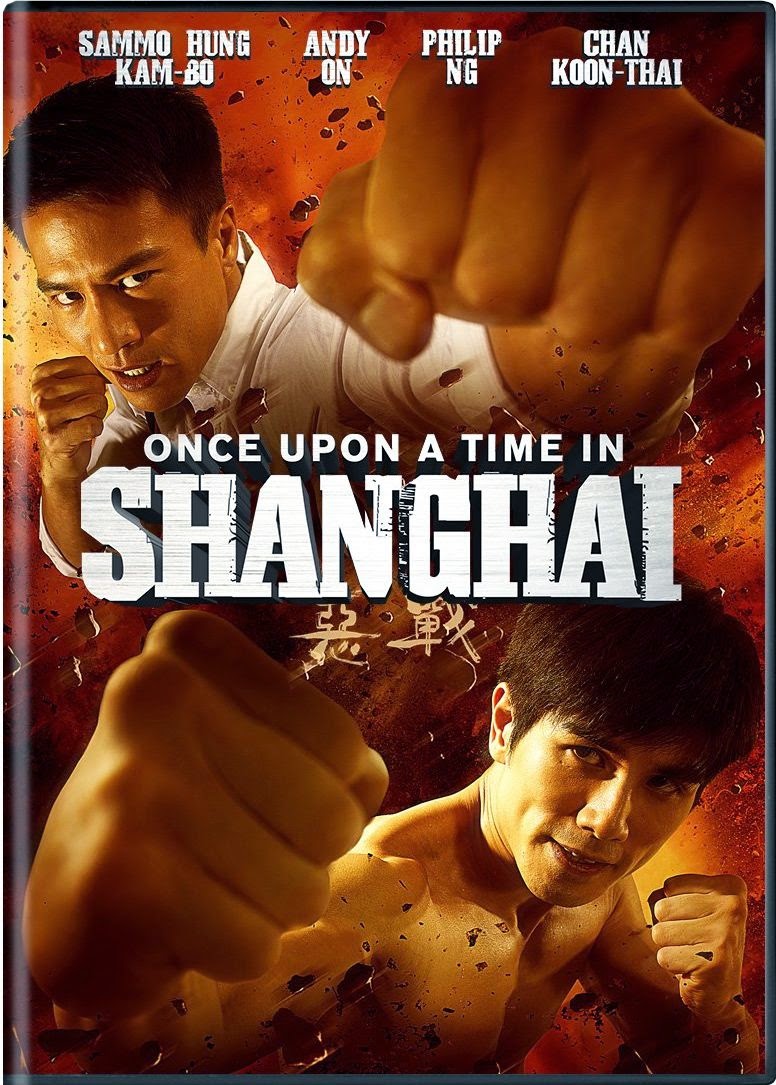 Once Upon A Time In Shanghai brings back the character of Ma Yung-Chen (a real life boxer of the Ching Dynasty era) that was made famous in Chang Cheh's 1972 film Boxer From Shantung, and again in Corey Yuen's 1997 film Hero (also known under the title: Ma Yong Zhen). It's also a chance at a lead role for upcoming star, and Hong Kong martial arts master Philip Ng.

The story is a fairly complex one revolving around the country bumpkin Ma Yung-Chen who leaves his family behind to seek out a job in the growing paradise known as Shanghai. The complexity comes in the forms of power controlling Shanghai at the time. Set in the 1930's, there are the triads, the Japanese officials, and one powerful, wealthy, martial arts master in Long Qi (Andy On) who fought his way to the top. Long Qi has been causing problems for both the triads and the Japanese officials. 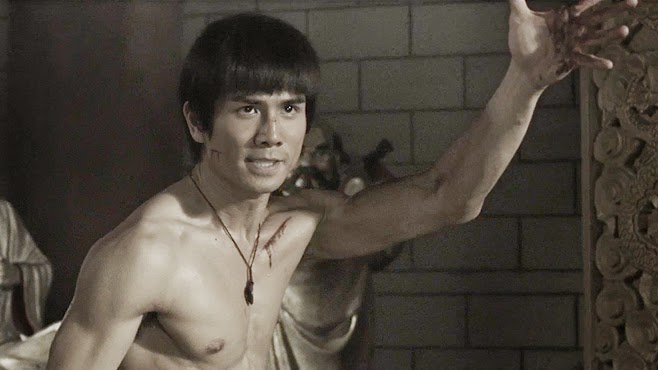 Ma Yung-Chen on the other hand is completely pure of heart, and uneducated in the decadence of society in Shanghai, or the drug trade going on in the area. Throughout the film he wears a jade bracelet his mother gave him begging him not to fight. His right hand seems to possess superhuman strength capable of punching a man 20 feet in the air. The jade bracelet is a reminder to take it easy, and try not to hurt anyone. The concept of the power in his right arm is a curious one given the subject matter. The film makes more of the legend than the real man it portrays. Philip Ng does an adequate job of selling his pure-heartedness, and country bumpkin-ness, and he excels in his action sequences, but he lacks charisma and depth. Andy On's portrayal of Long Qi steals the show. He is the character who shows the most depth and changes the most over the course of the film. 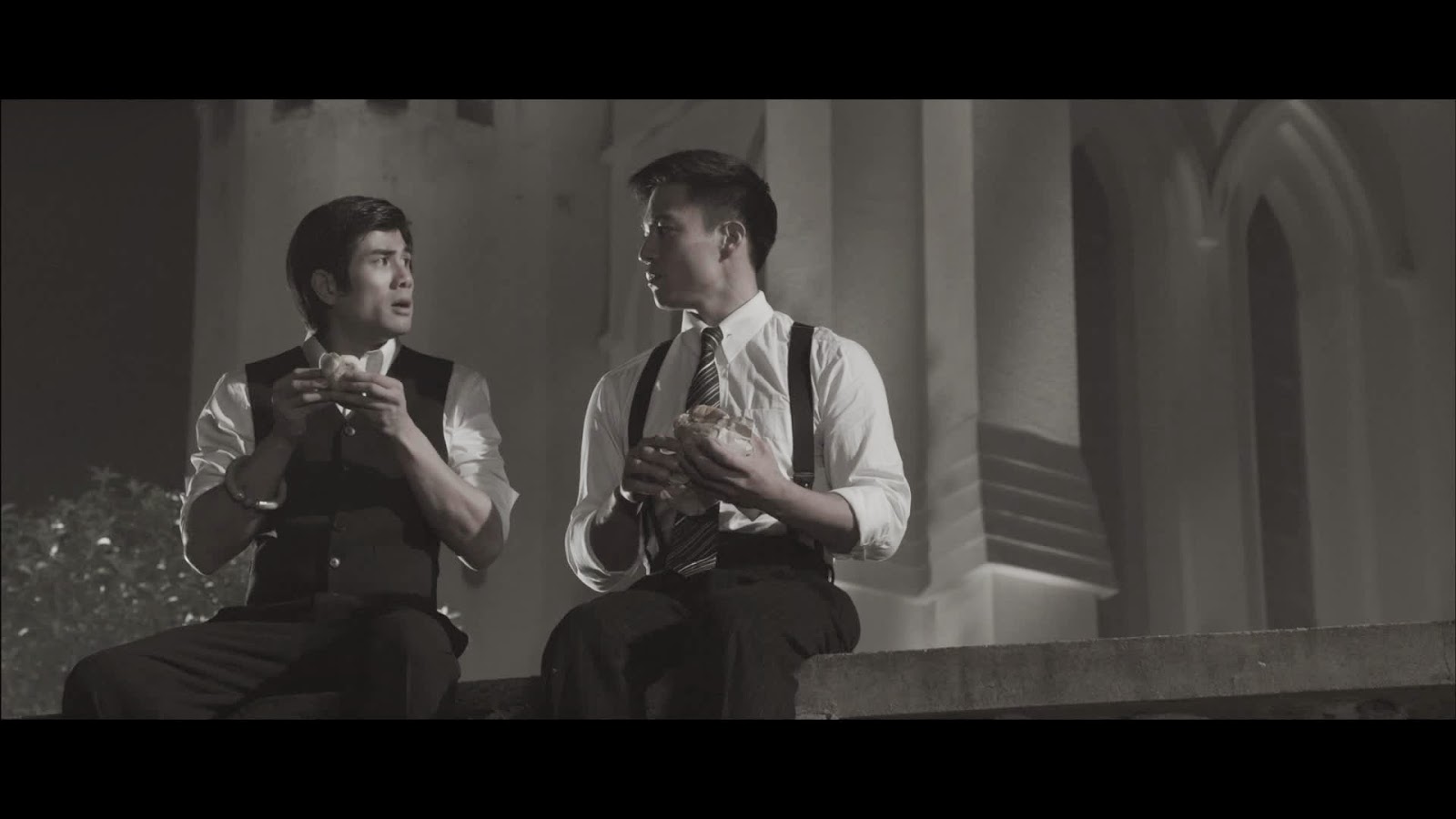 Overall, Once Upon A Time In Shanghai has very inconsistent mood and pacing. It begins dark and moody, setting up this conflicted world in desaturated, muted colors just barely above grayscale. There are a few very stylized fight sequences heavy on quick cutting and a few slow motion shots thrown in. However after the main characters butt heads, and discover a respect for the other's fighting ability, the film takes a random turn to buddy comedy territory in an attempt to humanize the martial arts masters of Long Qi and Ma Yung-Chen. It's a fairly long section of the film that just feels out of place. We see Long Qi shed his tough exterior and allow Ma Yung-Chen and his penniless friends to come into Long Qi's high society gatherings for food and entertainment. They joke around and have friendly little fights now and then to test each other's skill. It's also when Long Qi confesses his dream of a Shanghai without fear of either the Triads or the Japanese. 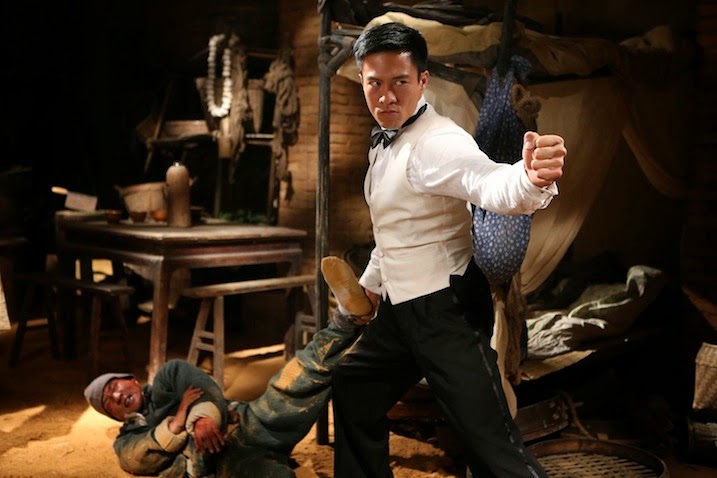 Long Qi had been the only person standing in the way of allowing total control of Shanghai to fall to either side. In doing so he gave the two opposing sides no choice but to band together to remove him and his followers.

Of course, the film comes down to a final battle sequence with Ma Yung-Chen ditching his shirt to look more like Bruce Lee in one of his famous final fights. Even the style of Ma's hair looks like an attempt to capture Bruce Lee's look.

There are two romances hinted at during the film, one for Ma Yung-Chen, and another for Long Qi. Long Qi's feels somewhat unwilling on both sides, and Ma Yung-Chen's is mostly hinted at, but nothing comes of it. There was probably a draft of the script where those romances played more of a factor, but somewhere along the line they fell by the wayside. 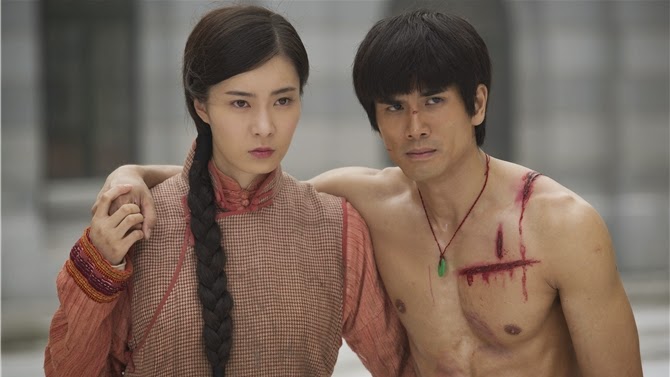 Martial arts film fans will appreciate the appearance of Sammo Hung, even in his small, fairly insignificant role. Sadly pretty much all the side characters in this film are insignificant, some of whom just stop appearing on camera after a while for no reason. Also worth mentioning, Kuan Tai Chen who originally played Ma Yung-Chen in 1972's Boxer from Shantung played one of the Triad bosses. Fans of Martial arts films will also find quite a bit to enjoy in the highly stylized action sequences filled with great choreography, however the rest of the film as a whole is disappointingly inconsistent and uneven.
Posted by Zach Owens
Email ThisBlogThis!Share to TwitterShare to FacebookShare to Pinterest
Labels: 2.5, 2014, Chinese, friendship, martial arts, period piece