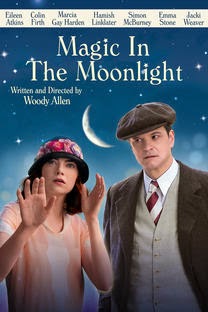 Stanley (Colin Firth) is a magician, who hides his name and appearance behind the pseudonym Wei Ling Soo, a Chinese magic show. From the opening scenes we can see he's a very cynical person. He and an old friend, Howard (Simon McBurney) also a magician, complain and mock the business and the customers who pay to see them perform. Howard convinces him to go to south France to see Sophie Baker (Emma Stone), someone who claims to have psychic powers. Stanley fancies himself a realist, and prides himself on exposing people like Sophie as fakes. His belief on life is that, "years can be cruel, life is nasty, brutish and short." He denies the possibility of a spirit world, and continually refers to anyone who believes her as a moron.

These people deal in fakes, and trickery. He thinks he's seen it all. They go with the intention of exposing her as a fake. After meeting her, she impresses Stanley. However, despite evidence to the contrary, Stanley quite desperately looks for cracks in the facade. 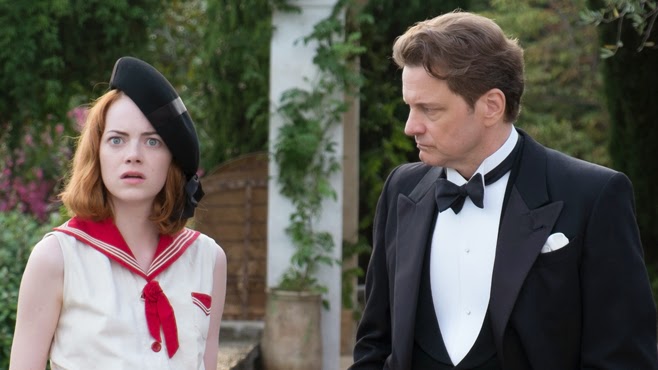 They describe her work as mental vibrations, that she's a visionary and a vision capable of bewildering feats. She's had enough success that she has something of a group of followers, including one young man who wants to marry her.

Despite her constantly fooling everyone around him, including Stanley, he refuses to believe it. Her knowledge of intimate details of Stanley's life, and those around her continually baffles him to the point of losing sleep. He's perfectly intrigued by her. Normally, he says, the more you do a trick the more people see how false it is, but the more he watches her, the more stumped he is. Gradually, he starts to question his own resolve about his beliefs.

As he starts to fall for her charm, and her miracles keep baffling him, he also finds a joy that had been absent his whole life. The idea of a spiritual world beyond the static reality he previous believed opens his eyes to the beauty of life. It allows him to enjoy life in a way he never had before. As at odds their beliefs were at the start of the film, eventually having learned to appreciate her gift, they become good friends. More than that, she openly admits to having fallen in love with him. 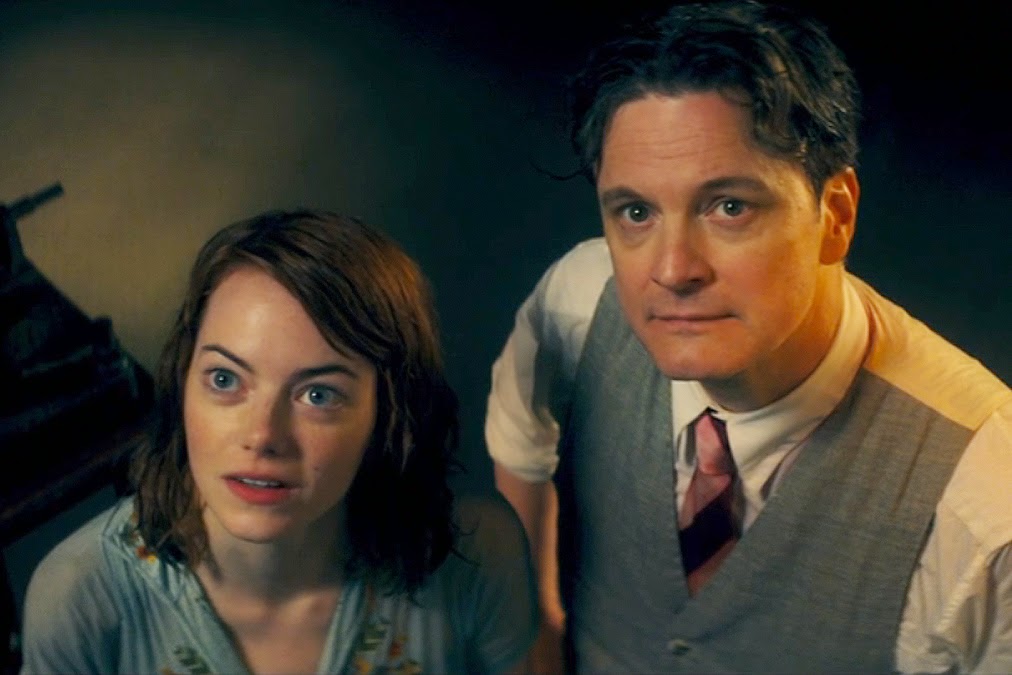 There are hints dropped now and then that she may be faking her "vibrations," and eventually, his cynicism returns, but I won't spoil why. We can't go around diluting ourselves, he instructs her. The food for thought here being, is illusion sometimes necessary? Is a lie sometimes the right thing if it helps a person in one way or another? Even more than that, it examines the idea that love defies reason. Even a reasonable, logical person can have a long happy life of love with someone who isn't a logical thinker.

It would seem Allen's intention is to suggest that perhaps the 6th sense, the unknowable, irrational, spiritual plane is love. The world may or may not be without purpose, but it isn't without some sort of magic. It wasn't that there was more to life, that made Stanley wake up and enjoy life, it was being with Sophie.

The opening song serves as a leitmotif that plays several times throughout the film.


"You do something to me. Something that simply mystifies me. Tell me, why should it be, you have the power to hypnotize me?"

It's perhaps the perfect musical choice to fit the period, and further his theme of the magic of love. 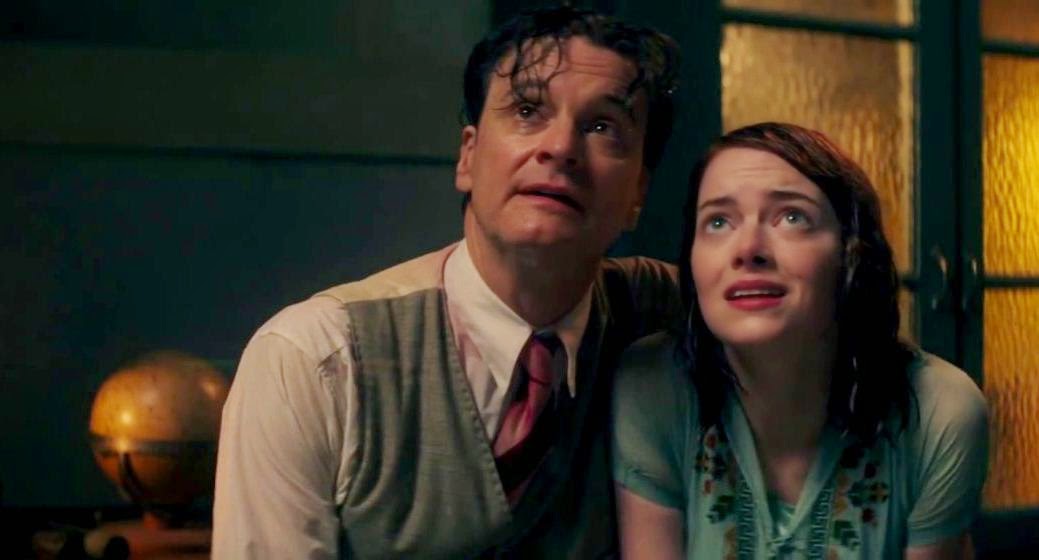 However, the problem with this love story is that it doesn't really feel much like a love story until late in the film when it tries to assure us that it is. It could have been a problem with casting (despite the fact that both Firth and Stone are terrific actors), or the fact that their one romantic scene together feels too short and lacking any warmth or energy between the two leads.

Stanley claims to have not thought about her as a woman, and Firth plays the character a little too finely down that line, instead of giving the necessary complexity for us to see through his lie. There's also the problem of age. Firth, in his 50's, appears old enough to be Stone's father (Stone is in her mid 20's). And while that could be part of the point, we are talking about the magic of love that defies all reason, but age is never mentioned whatsoever in the film. So even if it was part of the point, it was unacknowledged.

And yet, there's something about Allen working in 1920's that I like. Perhaps it's fond memories of Midnight in Paris (which remains among my favorite Allen films), but Magic in the Moonlight fails to reach a similar high point. It's simply nothing we haven't seen Woody Allen do better before.
Posted by Zach Owens
Email ThisBlogThis!Share to TwitterShare to FacebookShare to Pinterest
Labels: 2014, 3, comedy, drama, romance