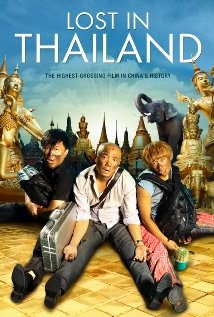 Xu Lang (Zheng Xu) has created a chemical called "Supergas" that could change the world. He demonstrates how it can enhance fossil fuels by placing just a couple of drops in a glass of oil, and we watch while the liquid expands to fill the cup. In our over reliance on fossil fuels, this kind of product is a gold mine. Xu knows it, and unfortunately so does competitive co-worker Gao Bo (Bo Huang), who has different plans for the product. Xu knows that it's still not quite ready yet. He intends to continue researching and developing it, while Gao Bo intends to sell it to the French.

From the opening scene of the film we are aware that Xu has put so much time and work into "Supergas" that his home life is falling apart. His little girl has been neglected, and his wife is ready to sign divorce papers. Xu's pursuit of "Supergas" is about all he has left. 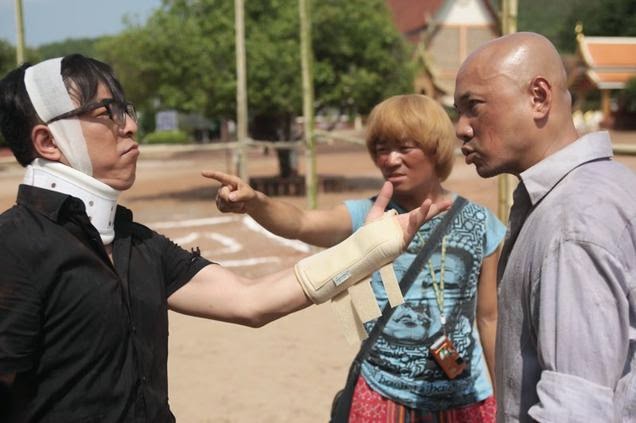 Obviously, the two corporate rivals can't both have their way. They need signed permission from their boss (who's gone to Thailand on vacation) to continue with their respective plans. Gao Bo has a goofy/quirky personality, with his air of superiority, his over-sized glasses and all black outfits. Even the way he walks suggests he thinks highly of himself. He plants a tracking device on Xu to keep up with him, but it's never quite clear what he'd do if he caught him.

Xu however notices Gao Bo following him and enlists the help of a hapless traveler in Wang Bao (Wang Baoqiang), a bleach haired cook, on a fake honeymoon with Chinese movie star Fan Bingbing (he carries a picture of her and writes in a journal about all the things they do "together"). He also carries a cactus, that comes in handy a few times, but mostly serves as a painful annoyance to Xu. Wang also has a bucket list of things to accomplish while on his so-called honeymoon. It's never clear whether Wang is mentally challenged or not, but considering this is a screwball comedy in the vein of The Hangover, we shouldn't be surprised that the characters are comedically incompetent and that just about any ridiculous mishap may befall these unintentional friends. 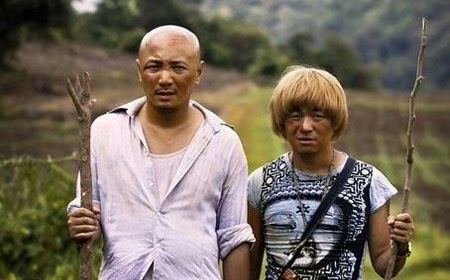 I say they're unintentional friends because they seem to keep running into each other, and Xu keeps finding reasons to use him, while Wang, in his good-hearted innocence, quickly thinks of Xu as a friend he clearly needs in order to complete his bucket list.

Xu's plan to find the temple (which would be a challenge considering the sheer number of them in Thailand) is constantly thrown off, usually by Wang's Mr. Bean style mishaps. The friendship of these two characters becomes the central storyline, and it starts to resemble your typical relationship comedy that involves breaking them up and bringing them back together a few too many times. However the hijinx that throw them off course, as over the top as some of them are, always manage to remain humorous and never feel wasted.

While they attempt, at times, to show off the beautiful green countryside and some of its architecture, the film misses the opportunity to allow the characters to really experience the country. The people of Thailand are never anything more than a faceless backdrop. There is a scene that involves the Songkran festival, Thailand’s New Year’s celebration, but Xu and Wang aren't present for it. It's another missed opportunity to explore the culture.

Both Xu and Wang are likable, but Xu is the story's real main character, and he's the one faced with the most decisions. There are a number of things pulling him in different directions: his new-found friendship with Wang, his relationship with his wife and daughter, and his career. Quite often having so many things going on tend to make a film feel unfocused, but this film's central storyline remains simple enough.

It turns out that "Lost In Thailand" became the all time biggest money maker at the box office in China. It also spurred a lot of Chinese tourists to head to Thailand. All of this makes this film one worth mentioning. It isn't a great film by any means, but it is entertaining, and considering it's available on Netflix, it's worth adding to the queue.