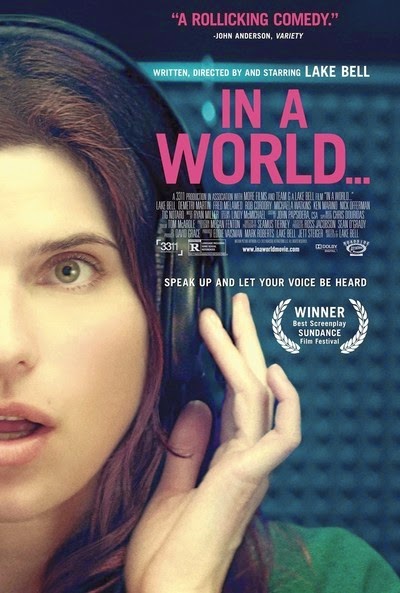 In today's entertainment obsessed society, it's nearly impossible to not hear voice-over work in some way shape or form. Whenever you go to a movie you see a handful of trailers for upcoming films, you see commercials on TV, watch an animated film or cartoon show, play a video game, or even watch a sporting event on TV, you are going to hear someone's voice. That voice is meant to make the thing you're watching fun and/or compelling. If I asked you to think of a voice-over person's voice, you'd likely think of a man's voice.

You'd also likely think of the three words that stereotypically (although not so much anymore) begin every trailer. In A World... is a comedy about the lives of these behind the scenes voices we all take for granted.

Lake Bell, the director, writer, and main star of the film, plays Carol Solomon, the daughter of Sam "Sotto" (Fred Melamed), who happens to be one of the biggest names in the voice-over business. Carol is both blessed and cursed by her relation to Sam. It has opened some doors for her, but it's also reminded her that she has grown up hiding in his shadow. 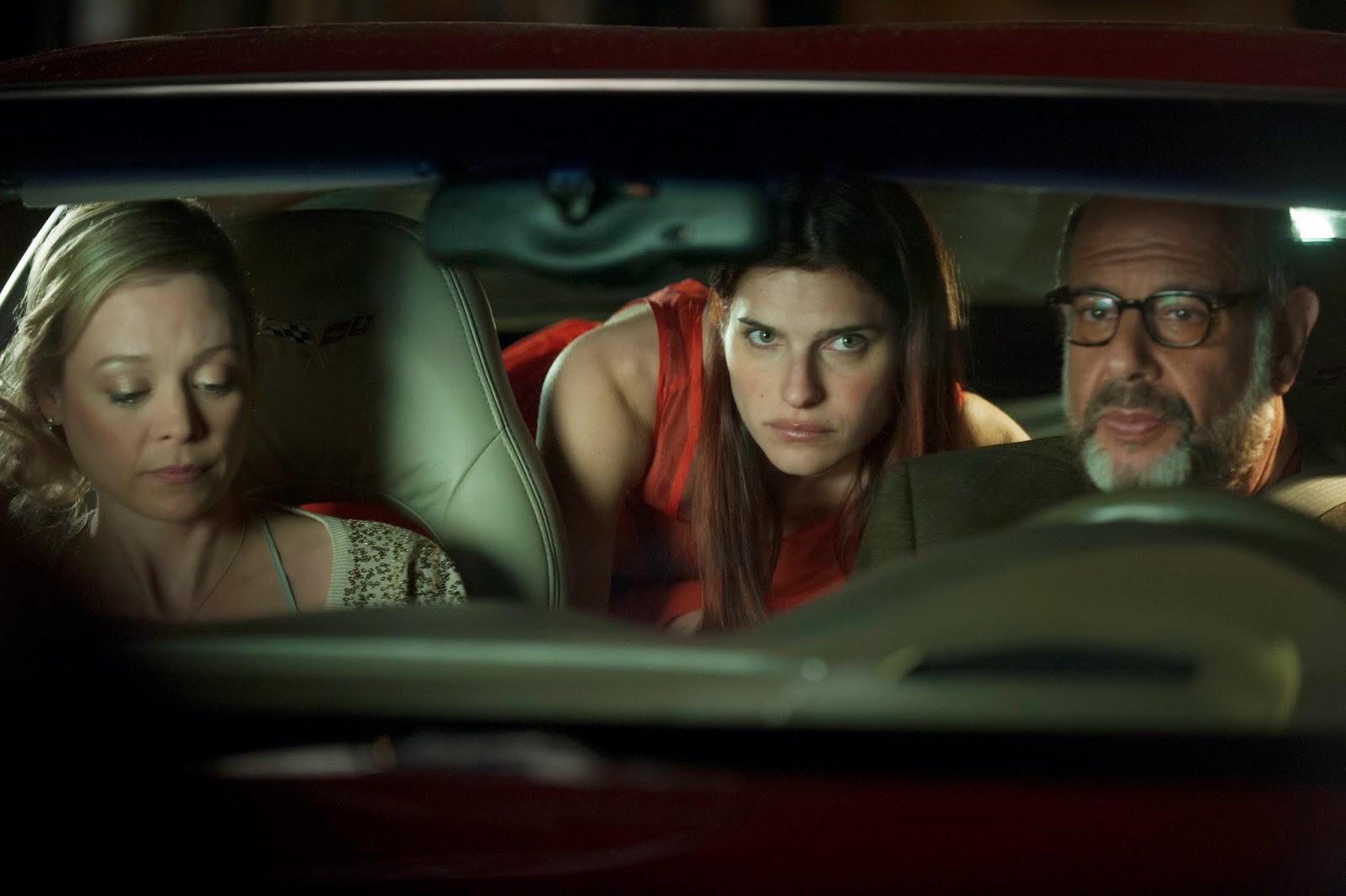 Worse yet, Sam signifies the prevailing viewpoint of the rest of the world, that voice-over work belongs to men. He discourages her from even attempting to work in his world from the very beginning. He's even insulted at the idea of her taking up his mantle. As if it would lessen the art somehow, or rather that no one would accept hearing a woman's voice instead of a man's. With those three famous words "In A World..." making a comeback in a series of high profile trailers for some of the biggest upcoming films, Sam works to groom an upcoming talent in Gustav (Ken Marino) to take the part. Later, when Sam hears that Carol is up for the part, the three face off against each other as Sam throws his own hat in the ring one last time.

There is at least one, or even two, too many subplots going with the films vast array of side characters. Many of these threaten to make the film lose focus, but strong writing, performances and direction keep things from getting out of hand. In one of the better subplots, Carol's sister Dani (Michaela Watkins) fights temptation to cheat on her husband Moe (Rob Corddry) with a man with a sexy voice. It serves to further the point about the power of words, and the voices that speaks them. However, it doesn't necessarily further the main plot, but to their credit, Dani and Moe make for a charming couple we can care about despite minimal screen time.

I assure you this film is a comedy, despite the fact that what I've told you so far isn't particularly funny. Aside from the main conflict that serves to ground the film, this is refreshingly humorous throughout. The humor isn't in big, outlandish, jokey, or slapstick moments. It's in the characters themselves, the way they view the world, and the awkward ways they try to relate to one another. The dialogue is fast paced, and funny. Almost every character fails at some point to articulate ideas they have in their head, and we get to watch the other member of the conversation try to relate while steering the conversation back to normalcy.

It's a satirical film that always stays culturally relevant from its message about strong women taking their rightful place in this so called "man's world," right down to its fascination with today's pop culture. The upcoming series of films they fight for voice-over duties for is "The Amazon Games." A funny take on the teen fiction craze (obviously ripping off The Hunger Games), and it's appropriately a story about strong women. It also came out the same year as the documentary film I Know That Voice (also on Netflix, these two would make a great double feature), that gives fans a behind the scenes look at the many people who lend their recognizable voices to some of our favorite movie and television characters. It's fascinating to see that film and finally put a face to the voices we know so well. After seeing I Know That Voice, In A World... feels like a well told in-joke that serves to entertain and enlighten with an empowering story.