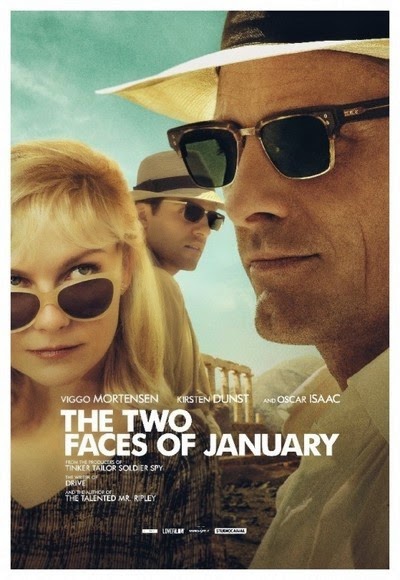 "...In ancient Roman religion and myth, Janus (/ˈdʒeɪnəs/; Latin: Ianus, pronounced [ˈjaː.nus]) is the god of beginnings and transitions,[1] and thereby of gates, doors, doorways, passages and endings. He is usually depicted as having two faces, since he looks to the future and to the past. The Romans named the month of January (Ianuarius) in his honor...."        -From Wikipedia

The Two Faces Of January is the directorial debut for Hossein Amini (the writer of 2011's Drive). It's a tense film very reminiscent of classic studio-era Hollywood noir thrillers. This makes sense considering it's an adaptation of Patricia Highsmith's 1964 novel of the same name. Highsmith wrote The Talented Mr. Ripley and Strangers on a Train (later made into film by the Master of Suspense himself Alfred Hitchcock). The Two Faces Of January is a suspenseful character study very much in the same vein. 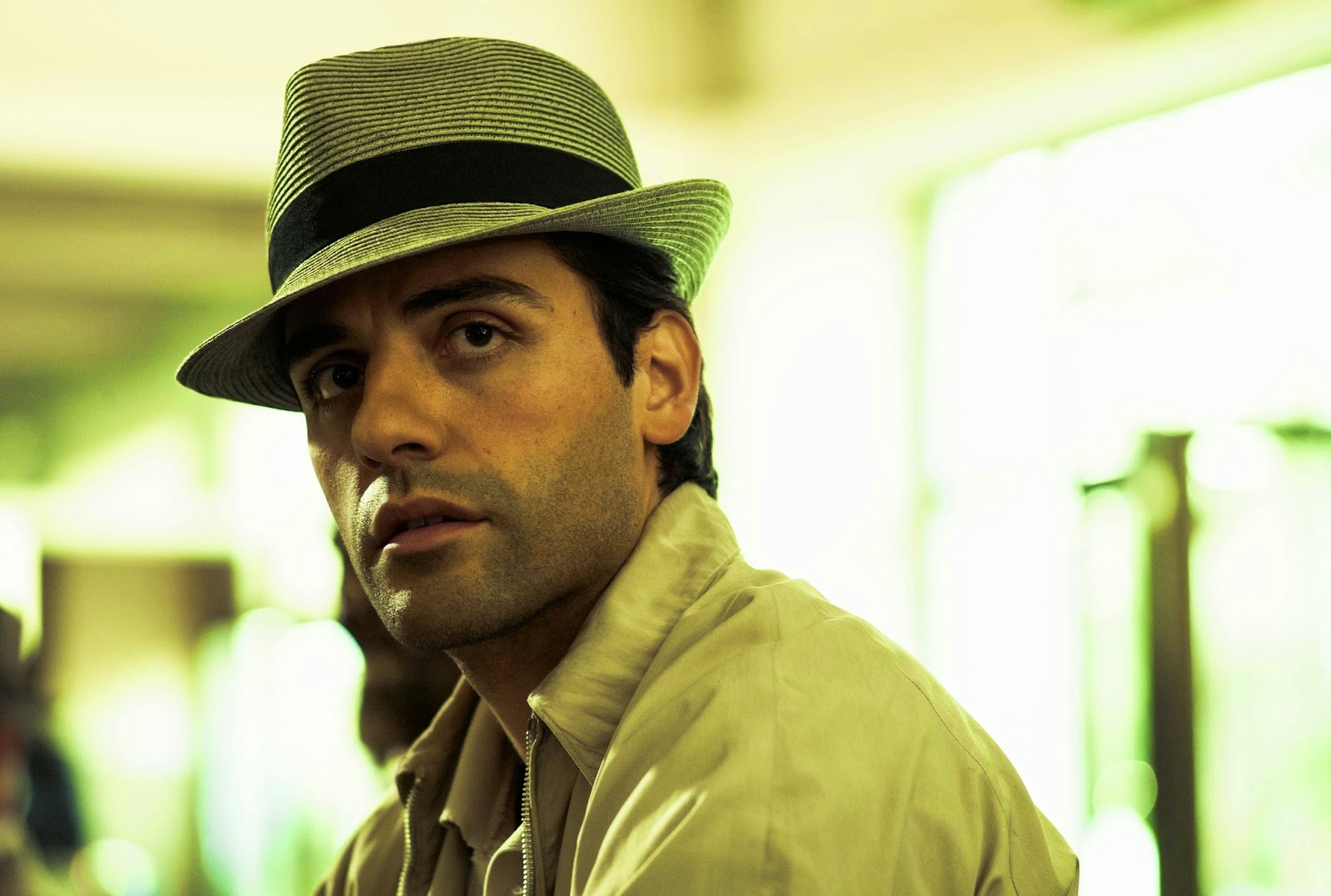 The film opens with Rydal (Oscar Isaac), an American living in Athens, Greece, working as a tour guide. He's also an aspiring con man, falsely translating Greek to foreigners to make a profit by over charging them. We learn that his father has recently passed away, and that he missed the funeral.

Eventually he runs into an American couple vacationing in Athens. Rydal takes an interest in the couple for several reasons: firstly, they appear rich and easy targets, Chester (Viggo Mortensen) also bears a striking resemblance to his father, and finally he finds Chester's much younger wife Colette (Kirsten Dunst) quite attractive.

After spending an evening together, Chester and Colette return to their hotel where Chester is threatened by a detective sent to track him down for swindling many investors out of their money. After a scuffle, the detective accidentally falls and hits his head.

When Rydal comes back around the hotel at just the wrong time, he finds Chester trying to hide the body. He's able to convince Rydal that the man has just been knocked out, but by the time he finds out Chester's been lying to him it's too late to back out.

Rydal reluctantly helps him move the body, and another couple at the hotel see them, which makes Rydal an accomplice whether he intended to be or not. Worse yet, after having fled, they realize their passports are being held by the hotel, and they can't risk returning to the scene of the crime to reclaim them. However, Rydal knows someone who can create fake passports for them. 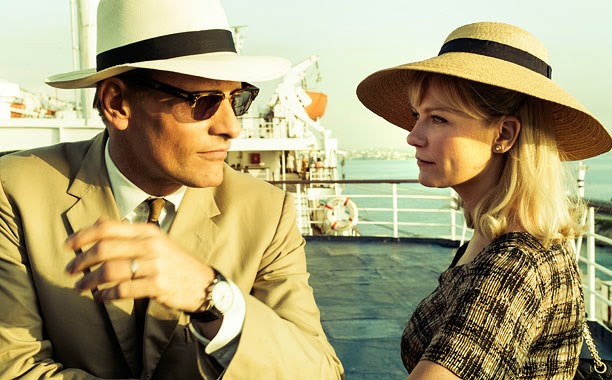 The three head to Crete on the chance that authorities wouldn't think to look for them there. While traveling and spending time in Crete the three spend a lot of time together. Rydal continues to try to swindle money from Chester, and seems to be falling for Colette, who also seems to have a growing affection for Rydal.

This all leads to Chester's unraveling due to suspicion, jealousy and perhaps a little greed, similarly (although to a lesser extent) to Fred C. Dobbs (Humphrey Bogart) in Treasure of the Sierra Madre. This unraveling forces him to hurt everyone around him, and attempt to make it on his own. But these lives have become somewhat tied together.

There are some generally great, and very tense moments in this film, including one scene in which after being knocked unconscious from a blow to the head and left for dead, one character comes back to surprise the other. There is no dialogue while they sit across from each other, one pulls out a cigarette and then walks away. 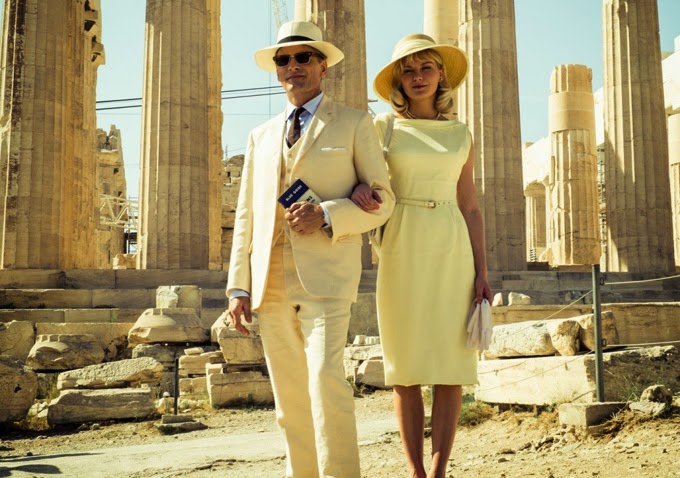 The latter half of this film is a tense back and forth game of cat and mouse between Rydal and Chester, with Colette taking a back seat. Unfortunately there isn't much here for Kirsten Dunst's character other than being the one caught in the middle of these two faces of Janus. She doesn't give up on her husband, but she also seems to be falling for Rydal. It's never quite clear what's going on with her, and the possible romance between her and Rydal isn't played up quite enough to be as significant as they need it to be. She is essentially just the object they fight over.

There is an obvious link between Chester and Rydal, and their relationship to one another seems to work on several levels. When he first sees Chester, Rydal claims he looks like his father. Rydal is a conman who preys on tourists to pay for his current living situation. He soon finds out that Chester is also a conman, and as such Chester sees a younger version of himself in Rydal. Rydal accepts Chester as something of a father figure, looking after him when he knows he shouldn't. This forgery of a father/son relationship perhaps resembles the rocky relationship Rydal had with his true father, whose funeral he refused attend.

The two converse in a later scene in an airport about fathers and how when you're young a father is the child's hero, but once you get older they disappoint you a little more each day. We're to assume that Chester wouldn't kill Rydal because he's accepted his role as surrogate father, or mentor to a budding con artist. We know he's accepted this role because he does apologize for disappointing him in one scene.

While I think the film works well enough as it is, there are some subtle, deeper elements that do make this a better film. It's also a good looking film with style to boot. It's got some great performances none better than the one given by Mortensen. This one seems to have flown under the radar. It's not really one of the more well known or advertised films of the year, but it's certainly worth tracking down.
Posted by Zach Owens
Email ThisBlogThis!Share to TwitterShare to FacebookShare to Pinterest
Labels: 2014, 3.5, based on a novel, drama, tense