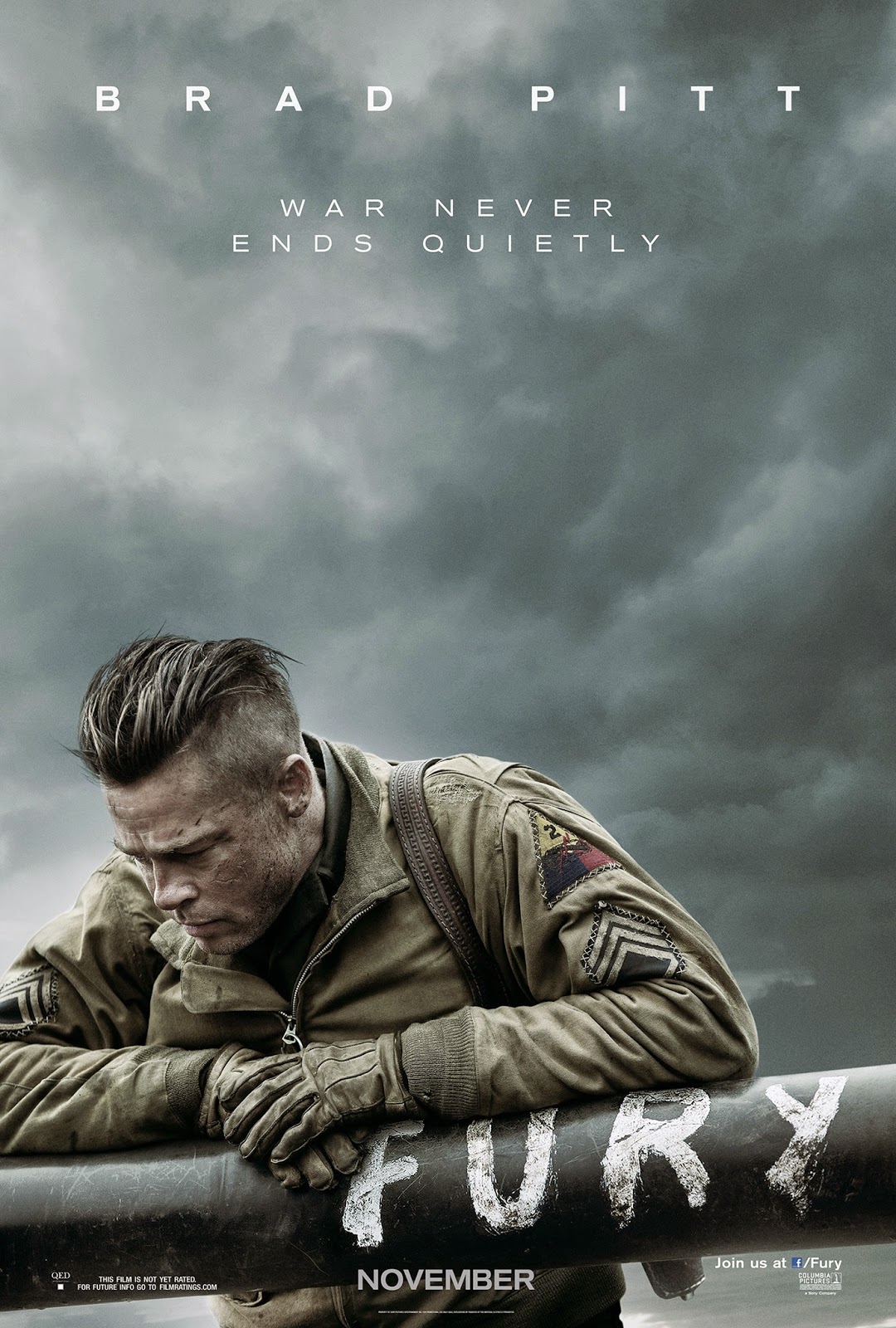 Saving Private Ryan set the standard for World War II films. It's the film every other World War II film aspires to be, and let's be clear, Fury falls well short of it, but it's not a bad film in its own right. It just isn't as good as I would have hoped. Instead of soldiers marching across war torn scenery to find another soldier and bring him home, we follow a tank crew as they work their way through various battles.

Don Collier (Brad Pitt) leads a crew of hardened war vets including Boyd Swan (Shia LaBeouf), Trini 'Gordo' Garcia (Michael Pena), Grady Travis (Jon Bernthal) all of whom have seen enough action we're not sure they'll be able to re-acclimate to civilian life. They even try. There is a scene where Collier and fresh faced new addition to the crew Norman Ellison (Logan Lerman) head into an apartment building after successfully overtaking a city square. They find two German women hiding and decide to get cleaned up and sit down for some lunch. It's an attempt to feel like they're having a normal life in this war torn hell-hole. They keep up the charade only until the other members of the crew come bumbling in and spoil everything. 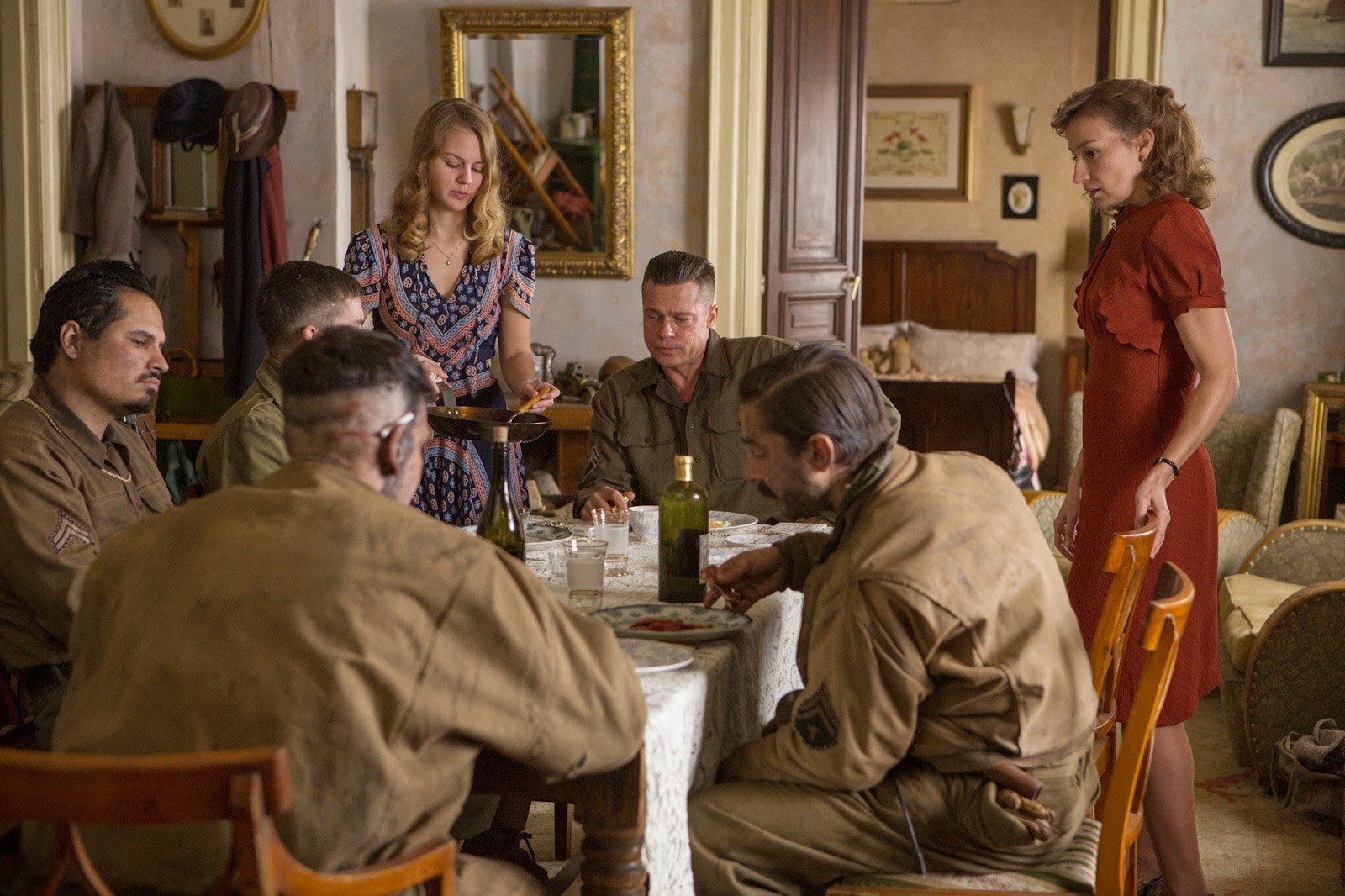 This scene is troubling in several ways, and works in perhaps another way or two. Firstly, Norman takes the young German lady into the bedroom to sleep with her even though he's hesitant to do so. Surprisingly she seems all too eager to allow him to have his way with her. Obviously this is bothersome, because while he doesn't force himself on her, under the circumstances she couldn't have felt like she had a choice. The rest of the scene is troubling purposely due to the other crew members inability to be civil to German civilians. 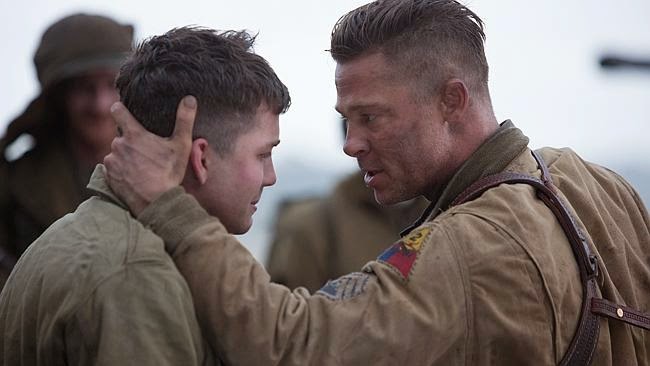 The rest of the film is pretty standard fare honestly. You have all the stock characters, the hardened, uncompromising leader (although he's more uncompromising than most, you expect him to soften at some point but he doesn't), there's also the token minority, the bible man (who quotes scripture and prays over everyone), the tough southerner (with an accent that makes him hard to understand), and finally the young new recruit clearly in over his head. Collier brutally forces Norman to get a taste for killing German soldiers, and of course we see Norman lose his innocence. 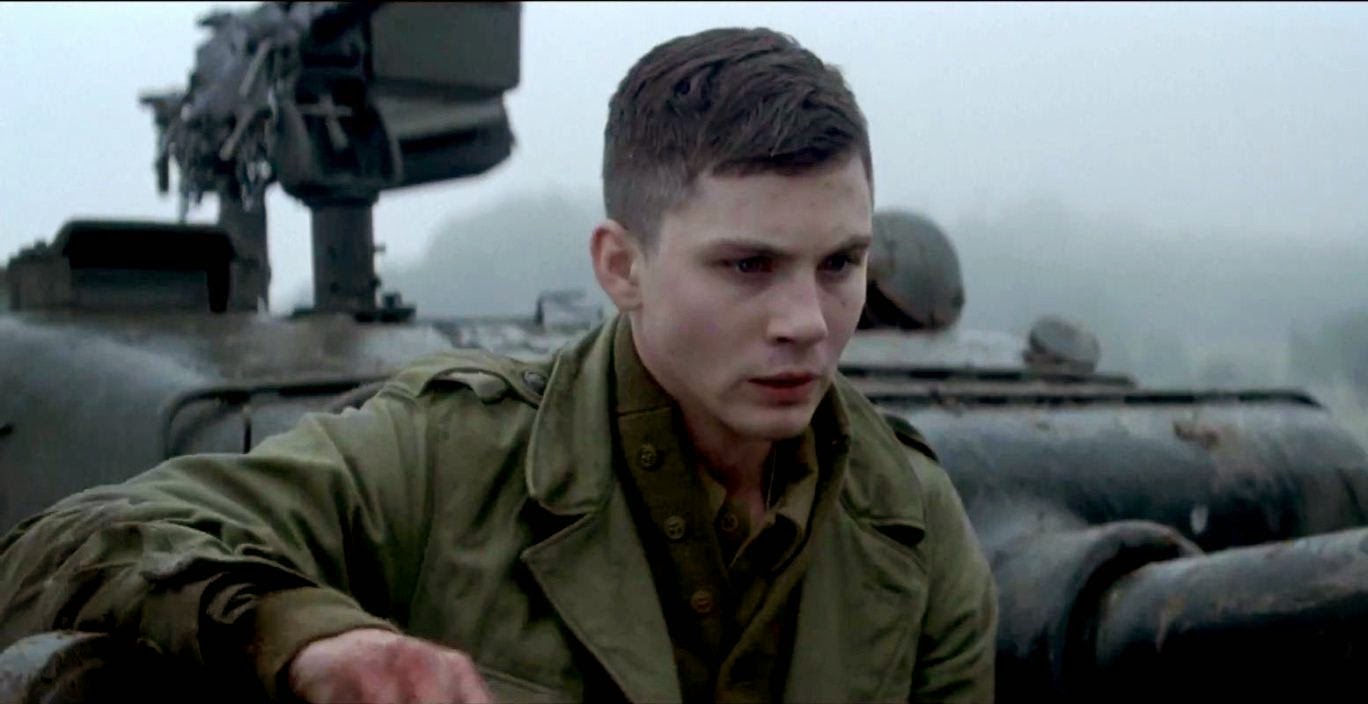 There's a scene where he hesitates to fire his weapon and it costs American soldiers their lives, which leads to him over compensating by yelling and spraying bullets maniacally in later scenes. And, of course, it comes down to a last stand that feels a bit like a video game. A massive shootout with our small crew being completely outnumbered, gunning down enemies that continually pop up on all sides.

Again, it isn't a bad film. In fact, it's a gritty war film that follows a tank crew, and that's at least a bit different and interesting on its own. However, it doesn't really do anything I didn't expect it to do. I basically knew where all of it was headed by the time I took my seat in the theater, and predictably it hit all the check marks.

Sadly, all the characters are unsavory with little redeeming qualities. Yes we sympathize with them, but we also never really get to know them. The film tells us little more beyond what we know when we first meet them.

Many of the tank battle sequences are tense and along with a few of the smaller moments ultimately make the film worth the price of admission, but sadly, overall it's a missed opportunity.
Posted by Zach Owens
Email ThisBlogThis!Share to TwitterShare to FacebookShare to Pinterest
Labels: 2.5, 2014, action, war