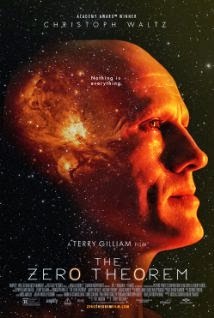 Depending on your tastes you are either going to find this too weird and out there, or for people who like Gilliam's brand of weird, you're going to find this extremely surreal, colorful fantasy an interesting trip outside the stuff of common cinema.

Christoph Waltz plays Qohen Leth, a strange, potentially mentally ill man who always refers to himself as "we," who is constantly being watched by his boss Management (Matt Damon). Mangement's insistence on constant work for the company Mancom is driving Qohen crazy. Worse yet, his restrictive work environment has found its way into his personal life. Qohen refuses to indulge in any pleasures including that of flavorful foods.

Qohen is a man in search of purpose. He desperately wants to know the meaning of life, but when a call promises to explain it to him, he accidentally drops the phone in his excitement, losing the phone call. Now he must wait for a return call.

After begging to be able to work from home in order to be available for that return call, his request is eventually granted. He lives in an old half-burned down church, and spends much of his time doing his work, which resembles playing a video game (a mixture of calculus and Minecraft if you can imagine it), but we are assured is "entity crunching." This is all to try to figure out the Zero Theorem, which would prove the meaninglessness of life.

The Zero Theorem is pretty familiar to anyone who has seen Gilliam's Brazil. They both feature a future that is as colorful and interesting as it is absurd. Both involve a neurotic yet important employee turning against the system when he finds his own more favorable fantasy. 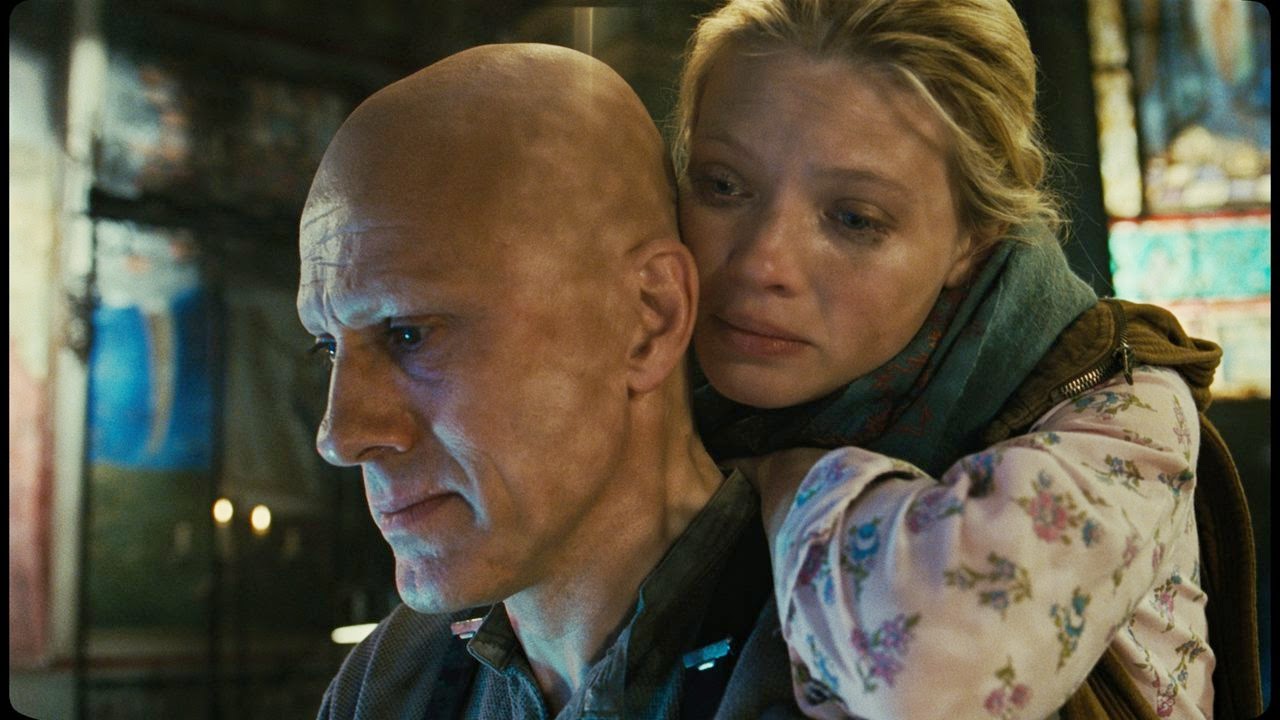 He discovers his fantasy with the help of Bainsley (Melanie Thierry) a call girl who meets Qohen at a party and takes an interest in him. She keeps coming around to invade his life and delay him in his work. Through her he finds some form of happiness and breaks the chains of reality constantly weighing him down.

Easily the biggest knock on the film would be the lack of depth and development to the character of Bainsley. For as important as her relationship with Qohen becomes, the fact that she isn't given much time or development handicaps our concern for her. Instead of becoming of central importance, their relationship never feels more than an insignificant subplot, a fun little distraction (perhaps that was the point?). 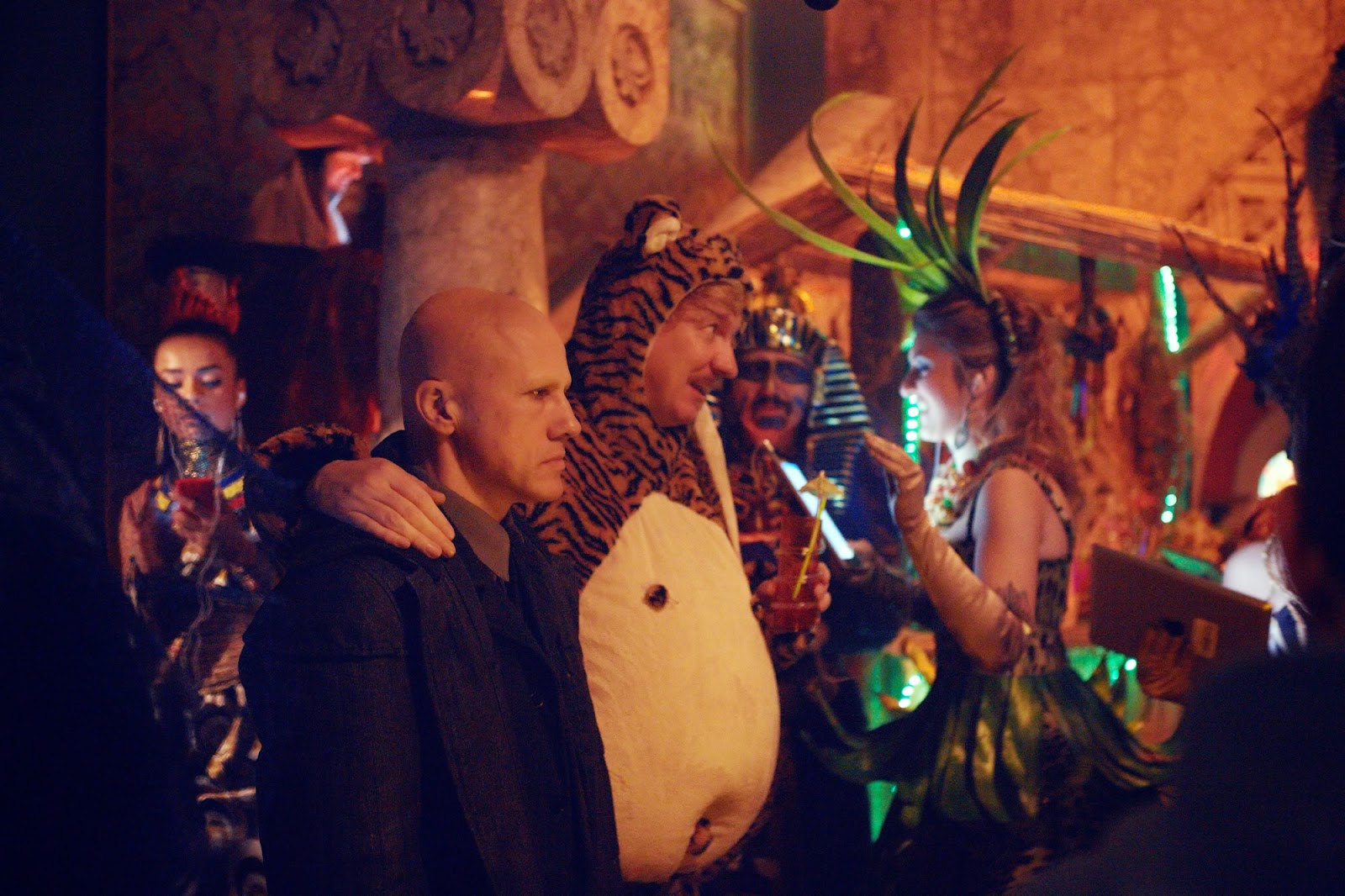 This, of course, is the parable of our lives. We all want to know what the meaning of life is, but if we spend our lives searching for an answer life may have just passed us by. There are also touches of mockery of our current society, such as our obsession with screens. Qohen attends a party where many people have gathered to essentially dance to their own music with ear buds in while starring at their own screens. The screens lighting up their faces lends an interesting visual element to the party scene. But also, as Qohen walks the streets of the city, large screens display advertisements, some specifically geared to the viewer. Obviously these ads recognize the viewers face because there are cameras everywhere. Qohen's every move is under video surveillance, but considering the number of cameras we see around Qohen's home and the city he lives in, it's not a stretch to assume that everyone is constantly watched in this vision of the future.

Also, an interesting commentary on our youth's obsession with video games, that in the future in order to keep workers engaged in their work, work itself resembles a video game. 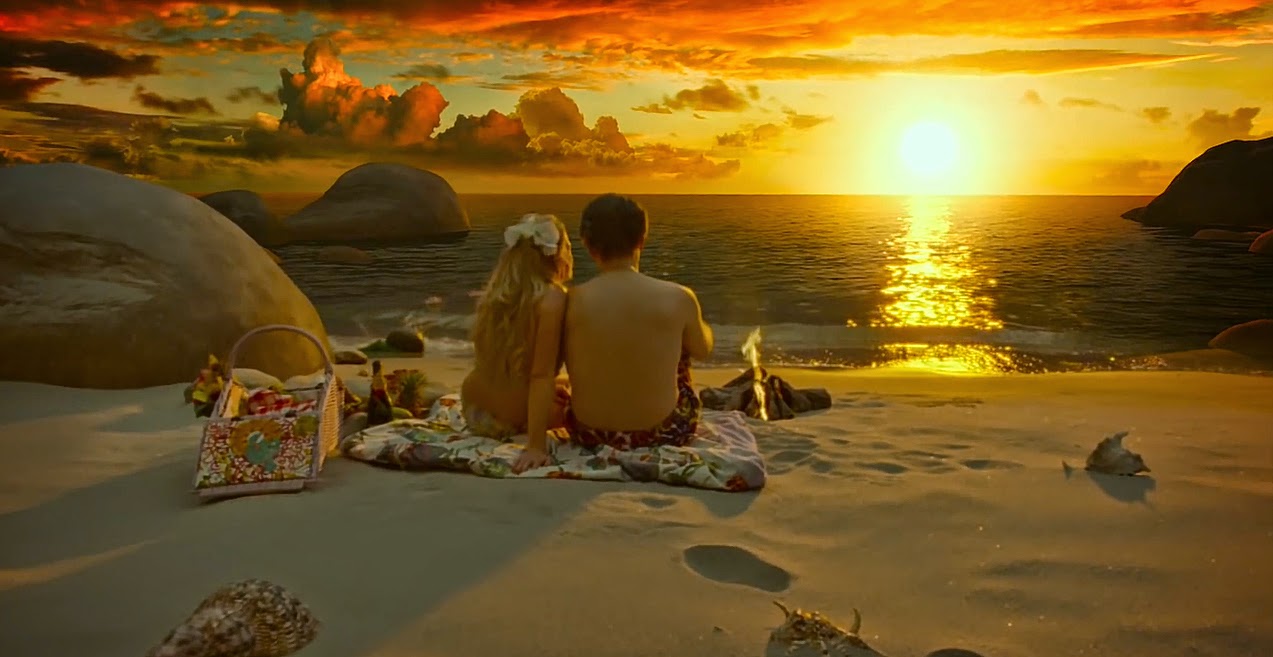 While doing that video gamey work, Qohen is constantly reminded, "Zero must equal 100 percent," and "Don't ask. Multitask." Qohen's assistant, Bob, calls everyone else Bob because he refuses to use up brain cells on remembering individual names. That brings me to perhaps one of the main points of The Zero Theorem. This future world presents a possible future where efficiency is valued above all else, including relationships, art, food, joy, and especially meaning of any kind.

There are many layers to The Zero Theorem. Having only seen it once, I was well aware as I was watching it, that it's the type of film that would be rewarding to anyone willing to give it repeated viewings, and it's certainly worth it.