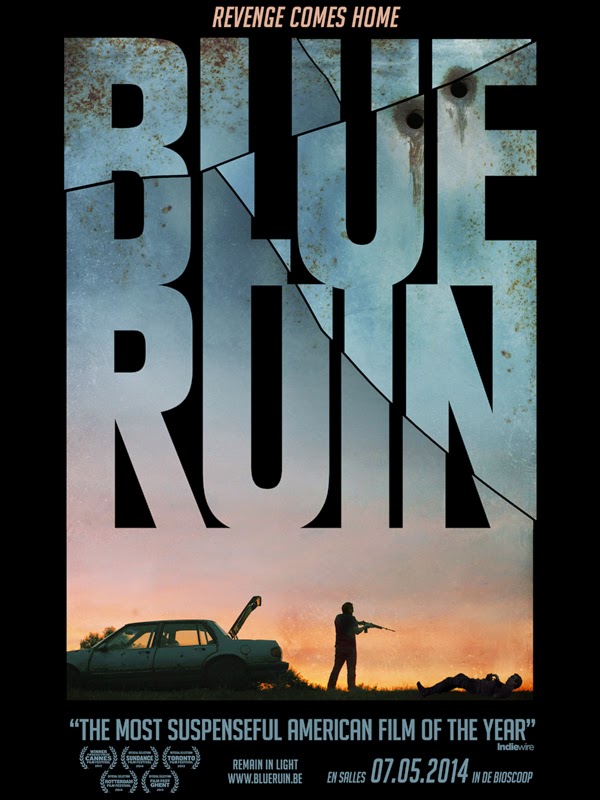 This little film has gotten some good word of mouth. It's been mostly well reviewed, and I've finally caught up with it on Netflix.

Blue Ruin follows Dwight (Macon Blair) as he seeks revenge for the death of his parents. He begins the film as a homeless man living out of his old broken down car until he receives word that his parent's murderer is being released from prison.

He seeks revenge against the man, but that starts him down a road of revenge, both he and the others decide to "keep within the family." Dwight knows, he has to take matters into his own hands or else they'll come after his family.

Perhaps Scott Tobias writing for The Dissolve said it best:

"There’s a metaphor here about crime and guilt and sins that cannot be scrubbed away, but the literal interpretation is important, too: Murder is not a business for amateurs." 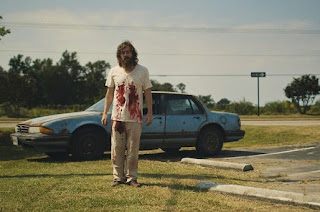 ... and Dwight is as amateur as it gets. He's representing the everyman. He isn't strong, he doesn't know how to fight, he isn't familiar with guns and doesn't become a professional with them immediately upon picking them up. In fact, Dwight (Macon Blair) is a small man. He looks like a small teenager sitting behind the wheel of a car that isn't very big either.

However, Blue Ruin avoids farce territory, by making Dwight a resourceful criminal, despite being in over his head. His anger and desire for revenge never grants him confidence about his actions. The people he’s up against are bigger, stronger, and more familiar with guns. There is no glamorization here. Revenge gets ugly, and it inevitably hurts everyone involved. He gets help from a friend, who supplies him with a weapon, but he doesn't really have the capacity to use it.

It's a tense film. Especially a scene or two involving Dwight laying low in a house waiting out the inevitable arrival of some angry, bloodthirsty relatives of the man he killed. 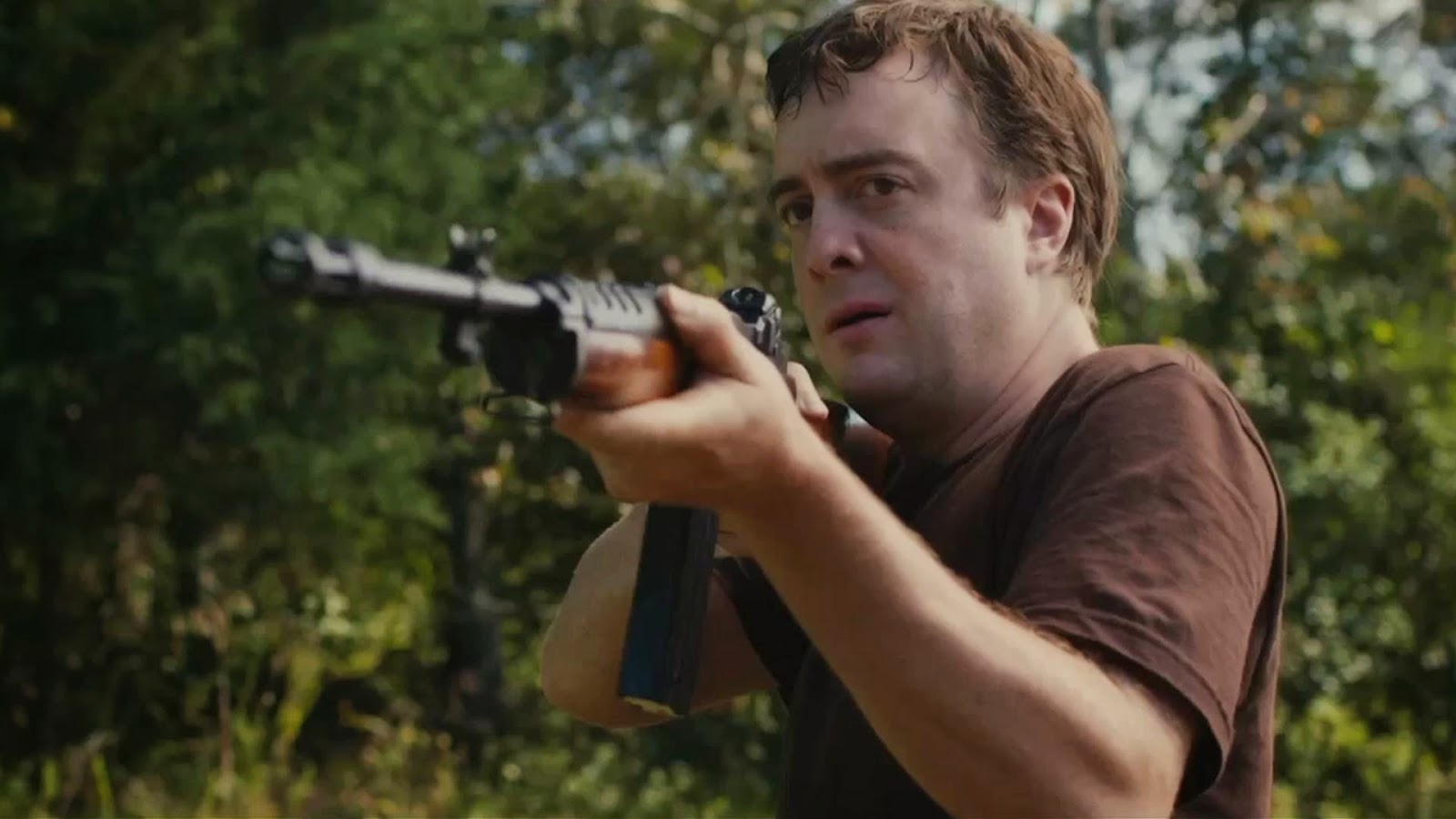 As with any crime of passion, Dwight lacks the foresight to realize the consequences of his actions, or what it could mean for his family. The interesting depth here is in some of the lines uttered by Dwight toward the end of the film. He talks about how parent's lives and their mistakes can determine the lives of their children. Or even how one choice, or one mistake can have devastating consequences on not just your own life, but the lives of your family.

So as Scott Tobias observed, it's about the sins of the parents affecting the children to commit crimes/sins of their own. Dwight is not without redeeming qualities. He clearly feels guilt for his crimes. His noble goal is to protect his family, although they only need protection because of his crimes. 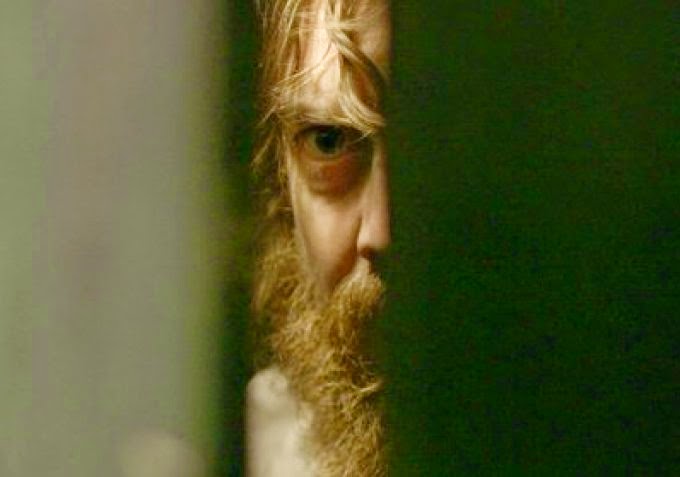 I don't want to spoil too much, because part of what makes the film so tense is figuring out what Dwight will do, and once he's decided, whether or not he can pull it off. Blue Ruin is dark and moody, and Macon Blair gives a great performance as Dwight, the reluctant criminal who can't stop himself from making poor decisions whether they feel right at the time or not.

The beginning of the film is about as serene as it gets in the film, and there is still a darkness about the scenes. Despite being homeless, and scraping by on whatever has been thrown out, or wherever he can break into (which does set him up as someone who is accustomed to crimes of breaking and entering), it can always get worse. Despite what you may think, you always have something to lose.

Revenge stories are common ground these days, even as subplots, or backstory for side characters and main characters alike. Too often big budget Hollywood fare glamorizes these stories. Blue Ruin shows the uglier side, where maybe nothing is gained. It's one thing to want revenge, but once you start down that road, similar people react similarly. It can be hard to bring things to a peaceful end.
Posted by Zach Owens
Email ThisBlogThis!Share to TwitterShare to FacebookShare to Pinterest
Labels: 2014, 4, drama, indie, revenge