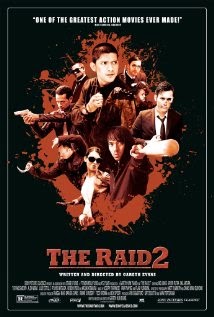 Catching up with another film from earlier in the year, I watched this one on Google Play, but it's also available on Amazon, and perhaps if you're lucky still hanging around in Redbox.

The first film, The Raid: Redemption

, was one long action sequence. A squad of Cops in Jakarta, Indonesia head into an apartment building owned by a notorious crime lord who had been renting out the apartments to various criminals from around the city. Their objective was to climb the building floor by floor rooting out the criminals on their way to the crime lord hiding out on the top floor.  Almost everyone but rookie cop Rama dies in the intense fight to the top.

If it sounds similar to Dredd

, it was. However these films appeal to slightly different audiences. Dredd appealing to the sci-fi, comic book loving crowd, while The Raid: Redemption appeals more to the martial arts film lover (and yes obviously there may be some crossover to these audiences).

It was a film of spectacular fight sequences and not much else.  It received a lot of positive word of mouth and was praised for those intensely brutal and extremely well choreographed fight sequences. However the general consensus was that it just didn't have much story or character development.  It was enjoyable, but felt like only half of a film. 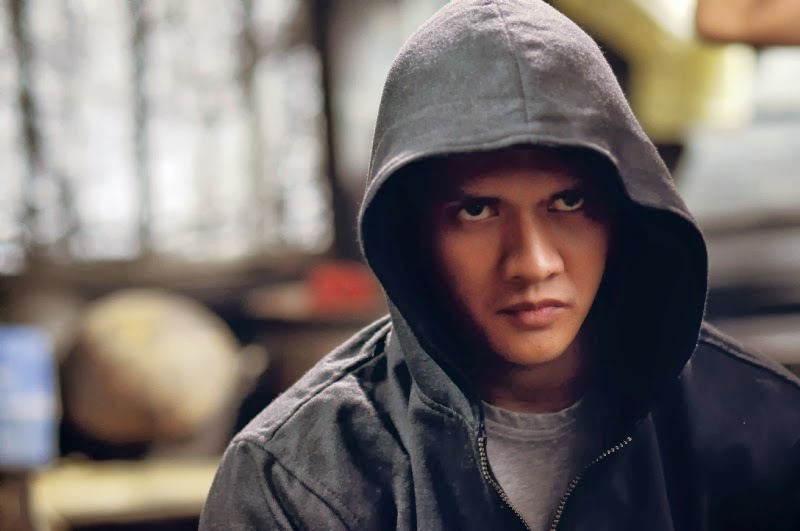 It was more like a showcase for Indonesian martial arts: Pencak Silat, with choreography done by primary protagonist Iko Uwais, and henchman/antagonist Yayan Ruhian, both masters of Pencak Silat.

Three years later Welsh director Gareth Evans (who began by shooting a documentary about the style of Silat before turning to feature films) and his team are back with the follow up, and for the most part it's an improvement.  There are still astoundingly brutal fight scenes, but they've managed to slow the pace enough to include a bit more character development and overall story this time around. Let me be clear, when I say a bit, I do just mean a bit, but it's enough to feel like a more rounded film. 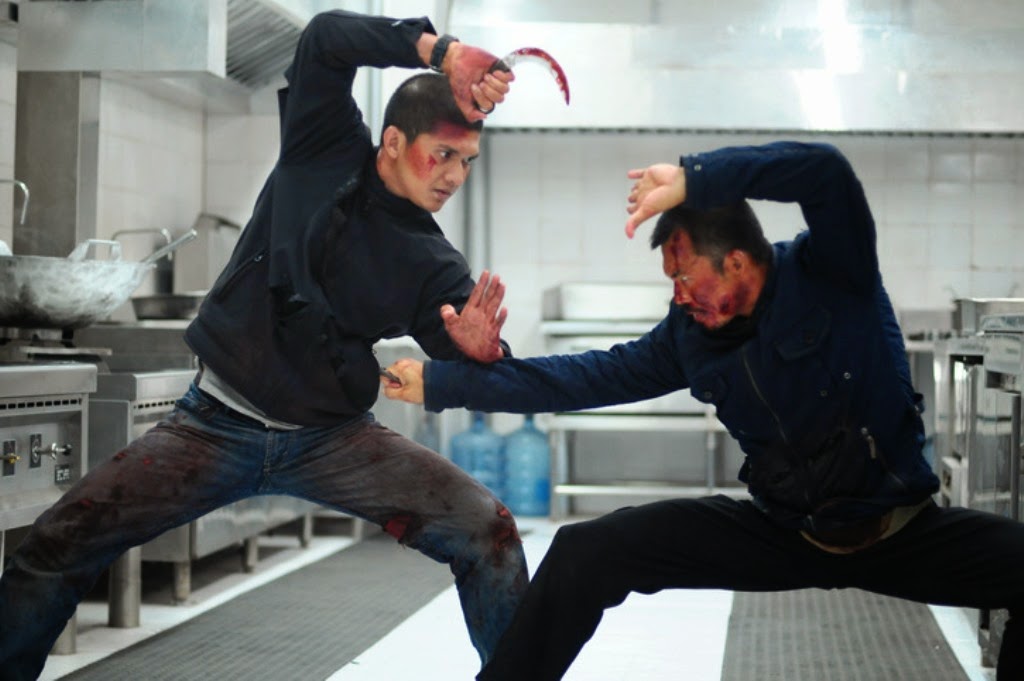 It takes place about 10 minutes following the events of The Raid: Redemption. Rama is warned by his superior that the group they took down was small time compared to what's inevitably coming after him now. However, what really doesn't make much sense is the solution to the problem of the bad guys going after Rama and his family for what he did in the previous film, is to send him in undercover.  If they knew they would be coming after him, wouldn't they recognize him?  If they didn't recognize him wouldn't he at least hear something about how they were searching for whoever it was? And yet nothing like that happens.

It's a basic flaw in the logic of the narrative, but once you get passed that, it's an entertaining film, especially for anyone who enjoys martial arts films. 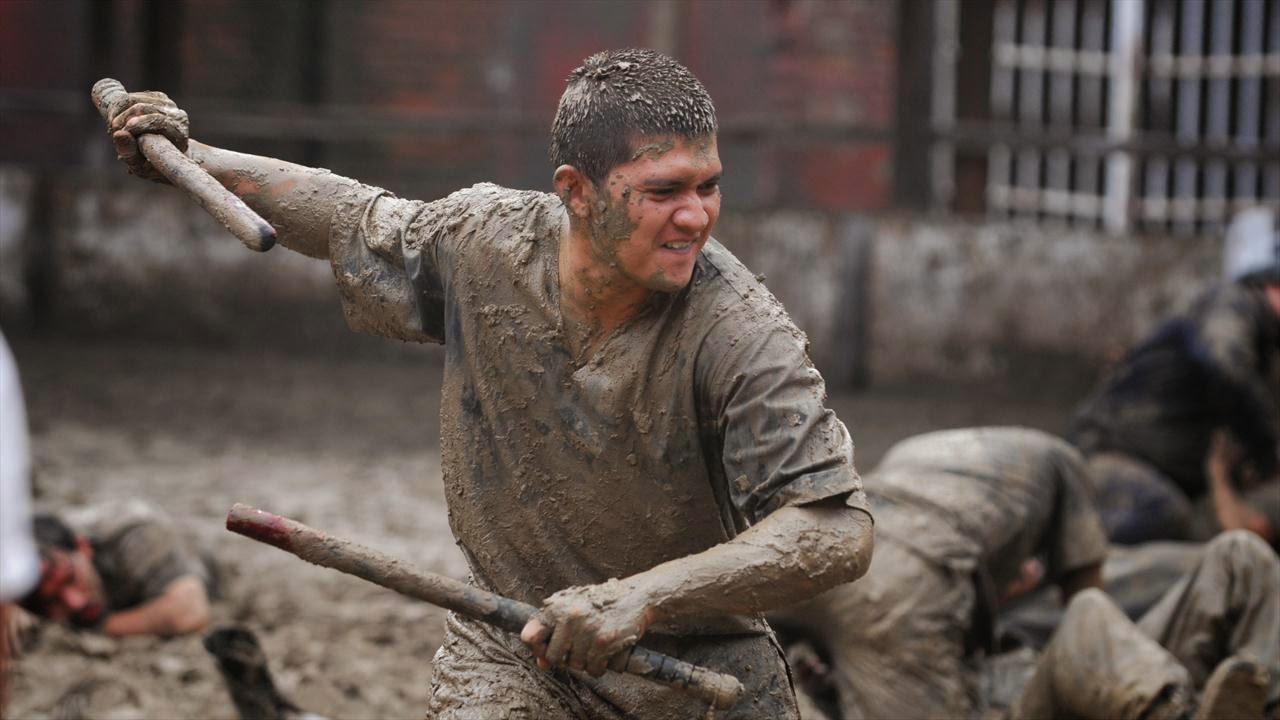 Rama, while undercover, is sent to jail for what he thought would be 3 months, but ended up being 2 years (on a three year sentence).  While in jail he is to make friends with the son of one of the biggest crime lords in Jakarta.  Once Rama is released from prison he is taken in by the crime lord.  From here it has a hint of an Infernal Affairs vibe, as Rama tries to keep from blowing his cover while working closely alongside the criminals. Eventually he has to fight his way to the top and take them down from the inside.

The knock on those fight sequences, and really you could say this about most action films, is the inconsistency about them.  One way or another most people in this film take far more punishment than your average human could possibly withstand and still be standing, and yet other lesser characters are out of the film in just a hit or two.  Yet, then again, this is why we watch films such as this. 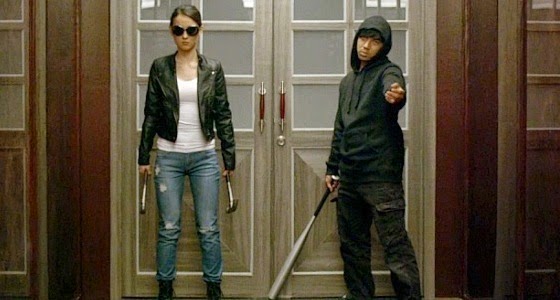 The Raid 2's change in setting from the The Raid: Redemption allows for much more varied set pieces for these intense fight sequences, from a muddy jail to an expensive club setting, even a fight inside a car during a chase sequence.  These new settings and the cinematography make for a more unique visual experience this time around, rather than the same drab rooms of the first Raid.  To further vary the film, the endless stream of faceless baddies are broken up by some unique henchmen too, one with a baseball bat, and another dual wielding hammers.

The film is pretty simple, and yet still quite a bit more dense than the first Raid.  It's no piece of award winning writing, and it's certainly not a character driven film, but few martial arts films are.  In fact, as far as martial arts films go, this is one of the best I've seen in years.
Posted by Zach Owens
Email ThisBlogThis!Share to TwitterShare to FacebookShare to Pinterest
Labels: 2014, 3.5, action, martial arts, tense, thriller