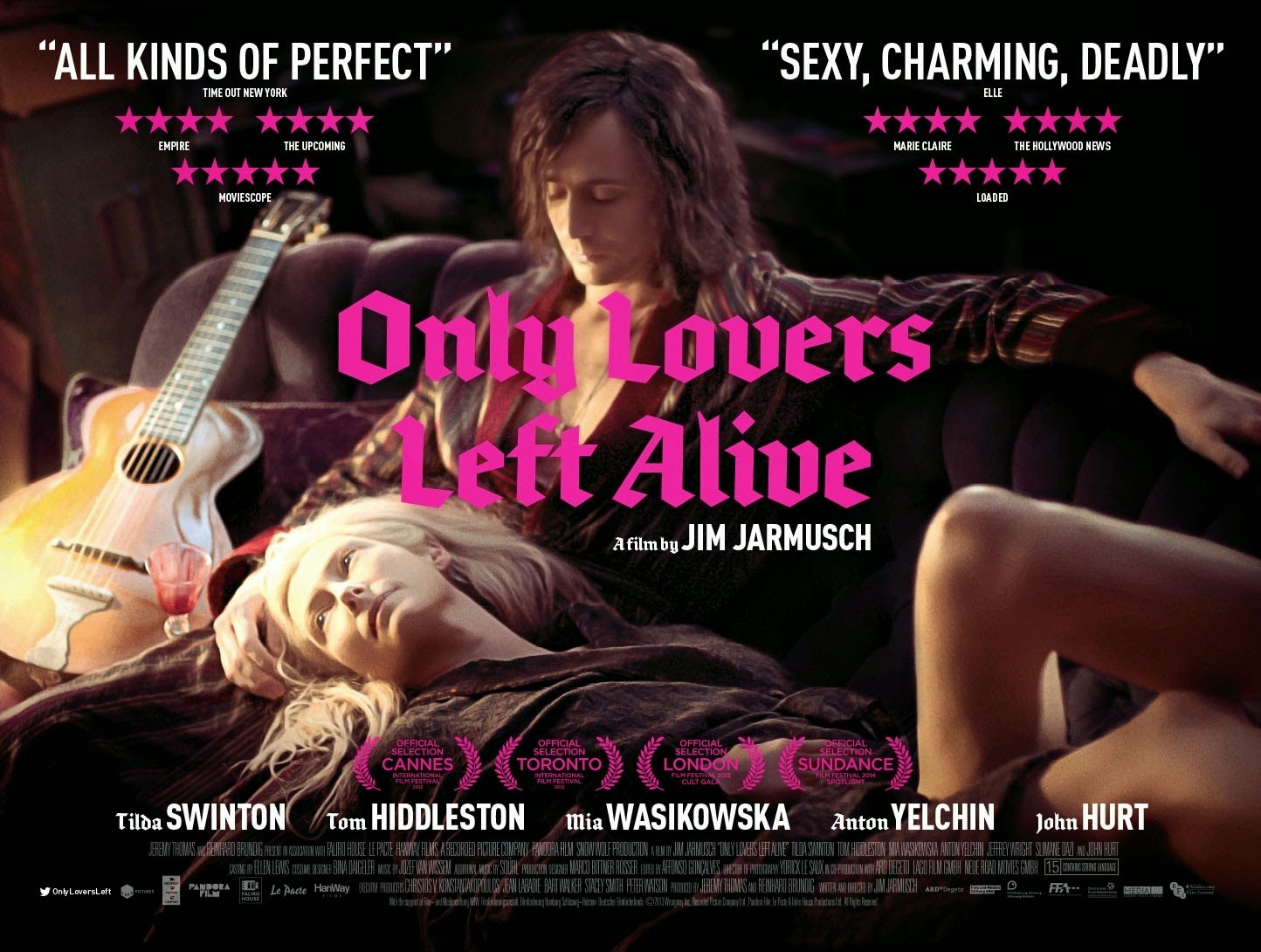 Minimalist stylings, meandering through a short time spent with his also minimalist, laconic characters, is the stuff you expect to see in any Jarmusch film. Here, however, he throws a curveball into the Jarmusch formula. With society’s current fascination with zombies, vampires and other fantasy characters, he tried his own hand at the genre. An attempt to make a more adult vampire tale.

Since Bram Stoker’s 1897 novel Dracula, and perhaps even before, readers have been fascinated by timeless tales of vampires. Only fairly recently have they become popular in film and television. As I understand it Only Lovers Left Alive was in the works for over 7 years. It’s released now in 2014 as the fascination with vampires wane. Yet still, they are timeless tales that will no doubt gain steam again sooner or later. Timeless in as much as vampires are timeless themselves. Wars and terrible events lead every generation to believe that they are witnessing the end of the world yet it still hasn’t happened yet. It’s hard to imagine what it would be like to witness all of these different generations. Vampires can have survived centuries living through every major event found in our history books.

Indeed that’s one of the themes Jarmusch is interested in. Vampires not wanting to be in the public eye, tend to pass their art off onto humans. It wouldn’t do if some of the most famous artists, musicians, composers, and writers known to history were still living after so many years. They’d never see any peace whatsoever. Jarmusch seems to suggest that most of the famous artists throughout history were given their great works from vampires attempting to keep out of the public eye. Any artist or great thinker that popped up that wasn't influenced by a vampire earned Adam’s praise and adoration. He simply hasn't the time or patience for the rest of the human populace that Adam and the other vampires refer to as zombies.

We are considered zombies because we've poisoned the world and ourselves to the point where they no longer want to drink our blood, they prefer a specific pure type of blood. But we're also zombies because we all constantly fail to see the beauty of art both past and present. We fail to see the many things of value all around us. Adam has grown very tired of the zombies, and is frustrated that we've failed to advance as far as he'd have liked us to, or perhaps in the way he'd have liked us to in all the years he's seen. 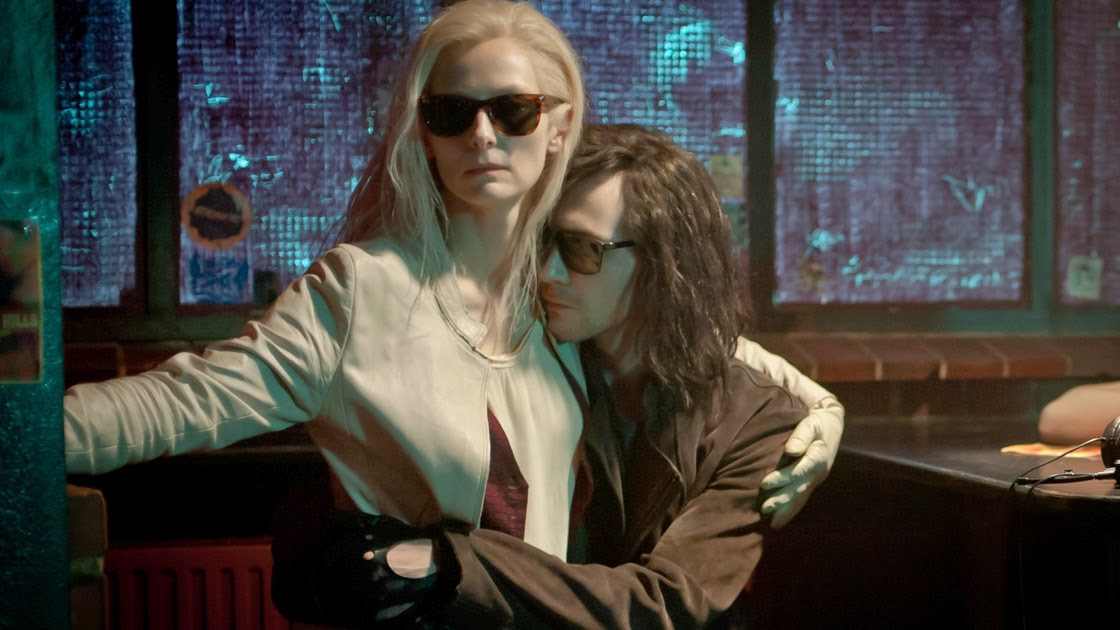 Adam (Tom Hiddleston) and Eve (Tilda Swinton) are married vampires. She lives in Tangier a beautifully old city, and he lives in Detroit, a dying yet still undead town. The locations are representative of the two characters themselves. As for the separation, Jarmusch stated, "If you live that long, separation for a year might feel like a weekend."

Eve heads to Detroit to visit Adam because she’s been away long enough. What the film is about isn’t really the point, it’s about spending time with these eternal characters. What they have to say about life and time is their purpose in the film. Knowing that these characters have lived a long time already, and will go on living for quite a lot longer tells us that we can only witness a fraction of their time. 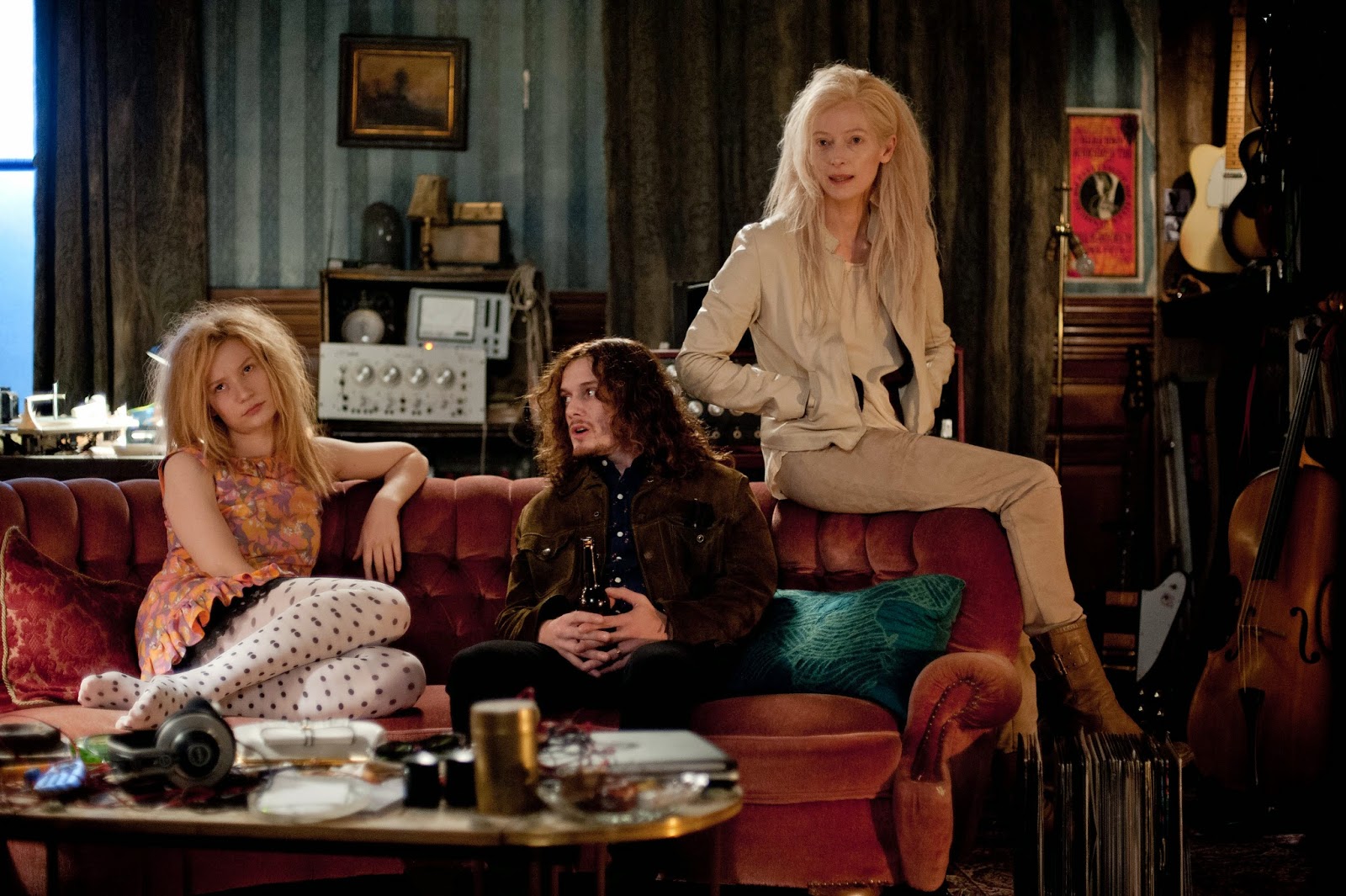 What we do witness is them being together. We see their dealings with these zombies, and even another vampire or two. They both go through the required scenes of drinking blood, and struggling to hold themselves back when they see humans bleeding, but in just about every other way this isn’t your typical vampire tale.

Jarmusch's personality is perhaps reflected here. He, like Adam is an artist on the fringe, someone who works with some of the best actors of our day, but he and his art don't usually get attention of the mainstream audience. Adam, no doubt a representation of Jarmusch himself, loves music. He constantly surrounds himself with beautiful instruments from different times. The music he creates is the type of dark, ambient, fuzzed out music Jim Jarmusch himself creates. In fact the music was written by his band SQÜRL. 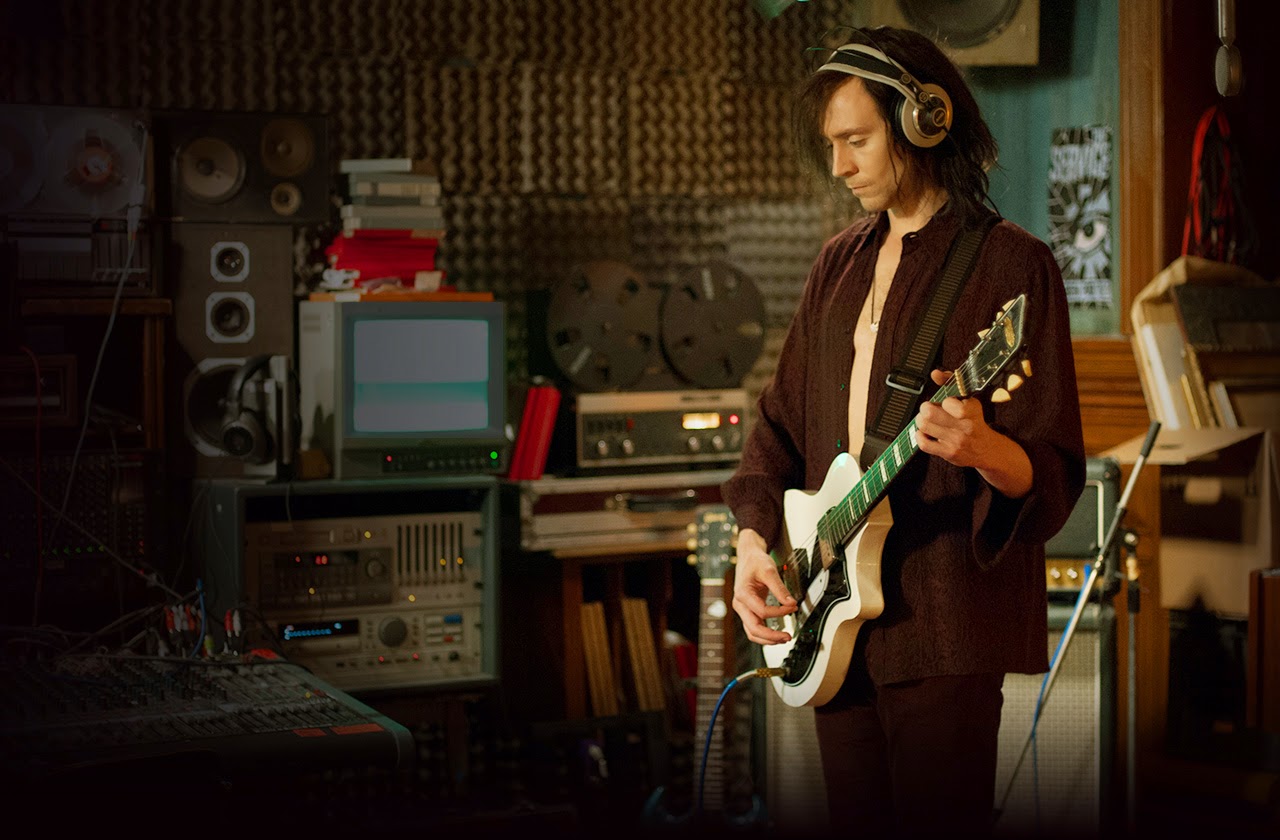 Adam creates music others want to hear, but his reclusive nature keeps it from spreading until it’s inevitably stolen. He hears his music around town, but never claims it because he doesn’t want the recognition.

At it's heart, the film is about them being together, and their eternal love. In the film Adam and Eve discuss Einstein's theory of entanglement: "When you separate an entwined particle, and you move both parts away from the other, even on opposite ends of the universe if you alter or affect one, the other will be identically altered or affected." They are entwined particles.

It’s a slow meandering portrayal of vampires in modern times, with far less high school drama than you’re probably used to. Perhaps it isn’t fast paced or exciting but maybe we start to understand these eternal beings one way or another. I enjoy a solid slice of life film that doesn’t rely on action sequences, and while I would probably categorize this as a slice of life film, the mere fact that it’s about vampires means it’s unlike any you’ve seen before.


I’ve always liked Jim Jarmusch's films (Broken Flowers, Coffee and Cigarettes, Dead Man, Stranger Than Paradise to name a few). They tend to age gracefully and sit with me for quite a while. This one will be no different.
Posted by Zach Owens
Email ThisBlogThis!Share to TwitterShare to FacebookShare to Pinterest
Labels: 2014, 4, indie, romance