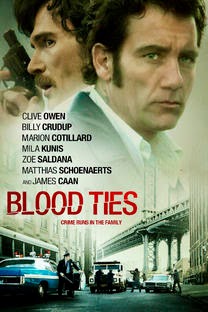 This is a film that seems to have flown under my radar, and upon looking at the cast (which includes, Clive Owen, Billy Crudup, Marion Cotillard, Mila Kunis, Zoe Saldana, Lily Taylor and James Caan) I couldn't figure out why… until I watched it.  It's not the sort of film that will get wide appeal. It received fairly mixed reviews, and by the films end I had fairly mixed feelings about it. It's not a great film, but it's watchable, and even enjoyable. If you like a solid. yet not too deep, family drama, with a hint of that old fashioned cop/gangster drama you might still enjoy this one.

If you see a trailer or read the synopsis you might even think this film would be a tense cop/gangster drama, and I suppose technically it is a cop/gangster drama, but only technically. It's far more a family drama that just so happens to involve family members on both sides of the law. As you can imagine it’s quite a broken family situation. However they are only part of the problem. The whole town seems to be dancing with one foot over the line. The family and generally everyone they know is either a criminal, or a former criminal, or is in a relationship with someone who is a criminal or former criminal.

To the film's credit it takes its time setting up the characters, their complicated relationships and letting the events unfold. In an age of fast cutting and frenetic, fast paced action expected in every movie it’s a bold choice to make a film in this way. As a result I’m positive it will turn many people off. While I wouldn't say I was ever bored with the film, I was hoping for things to pick up through much of the film. And even when it does pick up it never goes for quick action.

Officer Frank (Billy Crudup) takes in his brother Chris (Clive Owen) after he gets out of jail and helps him get a job, but their past issues and distrust of one another is a constant sore spot. Chris eventually gets involved in gang activity to make money, and Frank has to decide to go after him or let him go. All of this is made much more complicated by the women in the brother’s lives. Frank is in love with Vanessa (Zoe Saldana) who has a child with a gangster Frank recently put in prison. And Chris quickly forms a relationship with Natalie (Mila Kunis) a good-hearted girl who just doesn’t want to be hurt.

It's not a bad story. Unfocused maybe, but not particularly bad. Also perhaps a little less interesting than it sounds (if you happen to have found that interesting). 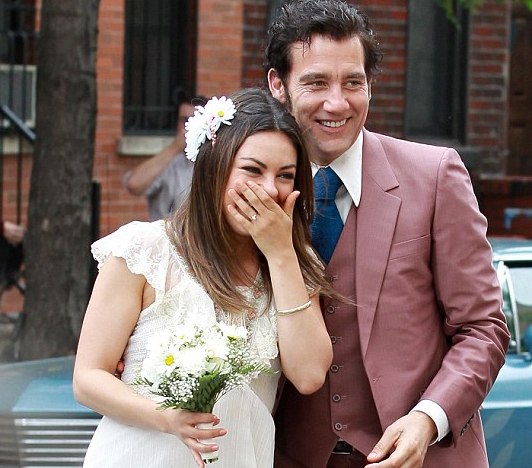 The acting is a little hit or miss at times, as was the chemistry between the actors, although it’s pretty solid a majority of the time. However, It can be hard at times to buy into some of the relationships, in particular, I found it hard to buy Mila Kunis, who looks young for her age of 30, falling so easily for Clive Owen who looks every bit of his late 40’s. I’m willing to chalk this one up to poor casting decisions, but I also didn't find that their characters made it any more believable.

The accents in the film seem to come and go, and in Marion Cotillard's case change from scene to scene. In the beginning she seems to have an hint of a New Yorker accent that seems to come and go until toward the end when it’s revealed that she’s actually an Italian immigrant and has given up all attempts at an accent. It’s as if they were writing and changing her character throughout the filming, and just hoped no one would notice. 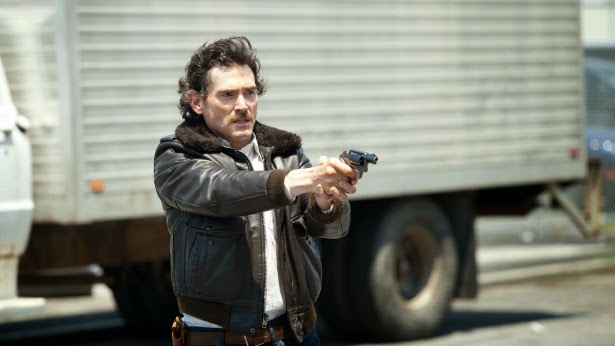 The essential relationship at the heart of this film is the brothers, but the film is so distracted by all of the side characters that it feels as though barely enough was done to get the point across. I will say that it seems content to rest on the audiences preconceived notions of how sibling relationships work, but maybe that's ok. Siblings fight, and maybe even hate each other at times, but in the end family is family. And for these brother, everyone looks out for one another no matter which side of the law you’re on. 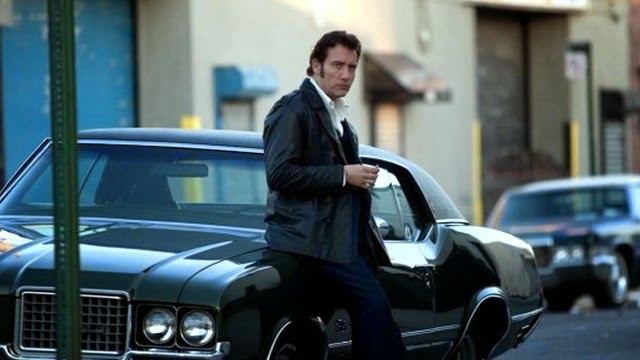 It's a remake of French film (starring Canet, the director of Blood Ties, as the Frank character), which was an adaptation from a novel. Why it had to be set in the 70's? Having not read the book or seen the original film, I couldn't tell you. The only reasoning I could think of was so that it could feel even more like the films it's trying to imitate. Many are saying they see aspects of Sidney Lumet’s Serpico, and Prince Of The City, as well as William Friedkin's The French Connection, although you could probably make the claim about just about any 70’s cop/gangster drama. It seems to have been influenced by an era of filmmaking as much as any one film.

It shows signs of attempting to break out into something more action oriented, but always settles back down into its slow steady pace. At times it feels as though it were actually made in the 70’s. While that’s not a bad thing, eventually you start to wonder if it will do do anything other than imitate those influences.

Honestly, I couldn't really tell whether I was enjoying this film or not until toward the end. I know that’s not exactly a ringing endorsement, but I do think it redeems itself a bit in its final act. Anyone with a strong sense of family will find something to latch onto here.
Posted by Zach Owens
Email ThisBlogThis!Share to TwitterShare to FacebookShare to Pinterest
Labels: 2.5, 2013, crime, drama, tense