I know what you're thinking, "it's about time!"

Microsoft has announced that coming in June there will be an update to Xbox Live, that will finally allow 360/One owners to access streaming services without paying for an Xbox Live Gold subscription.

"...coming in June, all Xbox 360 and Xbox One owners will get access to popular entertainment apps, like Netflix, YouTube, Machinima, and more on Xbox without needing an Xbox Live Gold membership. This means that everyone can enjoy the amazing gaming, TV and entertainment experiences that Xbox has to offer, right out of the box. "

The paywall has long been the major thing holding back the Xbox from truly being that all in one set top box that could take over your living room the way Microsoft has envisioned.  For gamers who are used to paying for the online subscription it may not have been a big deal, but let's not forget Microsoft went as far as to name their new console the "Xbox One" indicating that it would be the one TV box that will do everything you need.

Obviously the general consumer (non-gamers/casual gamers) are not likely to pay for Xbox Live, so it wouldn't make sense for them to buy an Xbox thinking it would be their one set top box, because they still couldn't use it for Netflix and other popular streaming service.

Now, of course, customers still have to pay for a Netflix, Amazon Prime, and Hulu Plus subscription, but you'll no longer need to pay for Xbox Live on top of that. 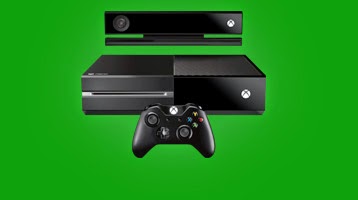 I've said for a while that for both consumers and Microsoft, removing the paywall in order to access things like Netflix or Amazon Prime was essential in order to truly make the Xbox a compelling device for the general consumer's living room (and for gamers for that matter).

With the release of newer streaming sticks and set top boxes, like Roku, Chromecast, and Amazon's Fire TV, Microsoft needed to make this change to compete.  While the Xbox is more expensive, it's also a Bluray player and a gaming machine.  The PlayStation 4 also happens to be all of those things but does not require you to pay for a PlayStation Plus subscription in order to access streaming services like Netflix.  This, obviously gave Sony a slight advantage, even if they don't have quite the volume of video services available on Xbox.

This change is an important step for Microsoft and the Xbox on the road to realizing their vision.

The Verge also reported that Microsoft will begin selling the Xbox One for $399 without Kinect on June 9th.  It amounts to a price drop and an expansion of features which is a very good move and makes the Xbox One a far more compelling device for gamers and non-gamers alike.
Posted by Zach Owens
Email ThisBlogThis!Share to TwitterShare to FacebookShare to Pinterest