J.J. Abrams has a table read coming up shortly, so we can expect them to release the cast list for the upcoming Star Wars films sooner or later (perhaps May the 4th would be a good day), but until then here's the buzz. 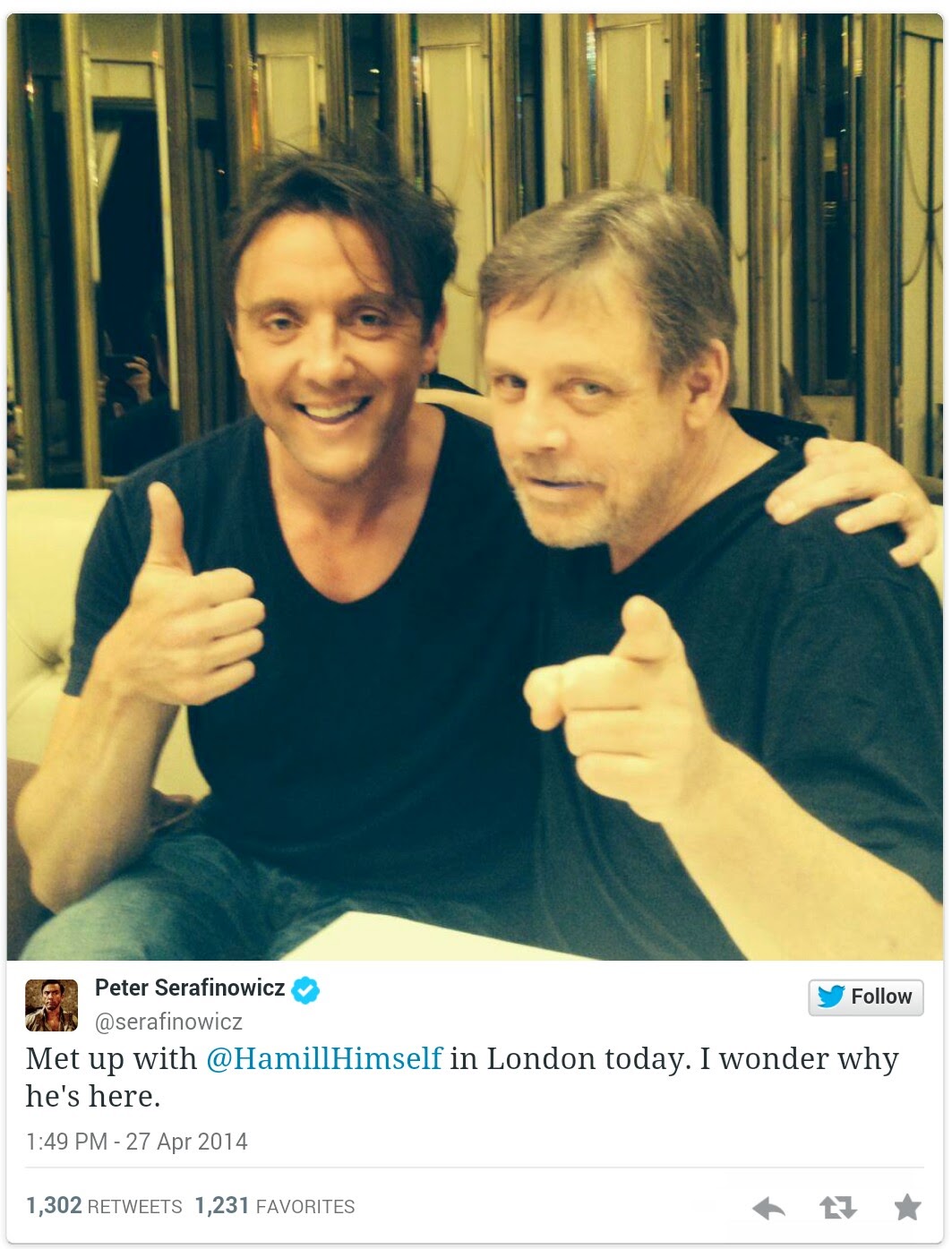 First of all, there are claims that Mark Hamill (Luke Skywalker), Carrie Fisher (Princess Leia/Leia Solo), Harrison Ford (Han Solo), Peter Mayhew (Chewbacca), Billy Dee Williams (Lando Calrissian), and of course C-3PO and R2-D2 will all reprise their roles in the new trilogy, but to what extent we'll have to wait and see.  According to sciencefiction.com the three main stars of the old trilogy have been seen in London recently which would indicate that they are all involved to some extent, and that filming will begin shortly, if it hasn't already.

And Harrison Ford's Han Solo is said to have "a gigantic role in the first of the next three films."

Not sure quite how to feel about the aging stars coming back.  Harrison Ford is the one of the three that I think makes most sense, mostly due to the fact that he still has some solid star power.  But... As much as we love the old characters, Star Wars features a big universe, certainly there are more interesting characters in that universe.  Here's hoping some cool new characters come along and carry the series.

One way or another we should hear about the cast list (and perhaps a title?) in the fairly near future.
Posted by Zach Owens
Email ThisBlogThis!Share to TwitterShare to FacebookShare to Pinterest