Remember when phones used to last a few days or even up to a week. Sure we used them far less and they did a lot less in those days, but I can't help wishing that smartphones could last as long as dumb phones used to (when I had them back in the day).

Sure you could turn off a lot of the smart features and basically turn the phone into a dumb phone and it would last significantly longer, but then you may as well not own a smartphone.  No one spends as much money as we have to on a smartphone just to run it like a dumb phone in order to get some decent battery life out of it.

Instead we've adjusted. We have handfuls of chargers. We have a charger (or several) at home, in the car, and at work.  Some smartphones allow for wireless charging so you can just walk into a room and set your phone down and charge without plugging in.

This helps to a certain degree, but wouldn't it be nice if we weren't constantly worried about battery life?

Certainly battery life on smartphones has improved little by little over the years, but it seems to be the most ignored thing in the spec race.  Companies like Samsung, LG, and Sony (among others) all want to pack their phones with the highest-end specs on the market, meaning we've seen improvements to screen size and resolution, cameras, storage capacities and processors, but what about the batteries?

Now that we are to the point where specs are nice, but just don't matter as much as they used to, I hope that battery technology can be the next category of interest for phone makers.

Certainly work is being done somewhere, by someone, on battery technology.

Take Crossbar for instance, who want to put a terabyte of memory in our phones by 2015.  It's not RAM the way we have in our phones today. As Kit Eaton of fastcompany.com explains:


"Its RRAM tech can pack a terabyte of nonvolatile storage onto a slice of semiconductor that's about half the size of equivalent flash storage chips--meaning that much storage is just about compatible with chip dimensions on current smartphones. RRAM can also access stored data 20 times faster than flash, and is said to last 10 times longer than its rival, which can actually slow down over time as the circuits "wear out" with repeated use. It also is said to consume 20 times less power to perform reading and writing functions."

And then there is Graphene supercapacitors, the tech that promises to be able to charge your phone to full capacity in a matter of seconds by charging all the cells simultaneously.

So in the next few years it's entirely possible that we'll see smartphones that last around a week (or at least several days) and charge within seconds. Unfortunately, until that day comes we'll have to continue putting up with disappointing battery life.

It doesn't help that manufacturers are obsessed with trying to produce the thinnest, lightest phones possible.  Not that it's a bad thing, but it can be if the technology isn't really there yet and we have to sacrifice in order to make it smaller than maybe it needs to be.

Apple has been one of the companies that prefers tiny phones (although they might bump up screen size this year), but that's one of the reasons (among many) that I don't particularly like iPhones.  They are just too small.

Pocketnow recently reported that Apple might be trying to make their next phone as thin as their iPod Touch.  I used to have an iPod touch and found it too thin. I thought to myself then that I wouldn't like it if it were my phone. It just wasn't comfortable to hold.  And, of course, worse yet is that it would likely mean a sacrifice in battery life.

I've always wondered how much of this desire for thinness was because companies think that's what we want or because they know many will put a case on it, which will make it feel quite a bit thicker.  With the iPod touch I needed a case just to make it more substantial in the hand to make it more comfortable to hold.

I don't care that much about thickness, thinner is only better to a point. So long as it's not obnoxiously thick or thin I'm fine with it.  Until this new battery tech takes off I'd sacrifice thinness and weight for a phone with a larger battery. 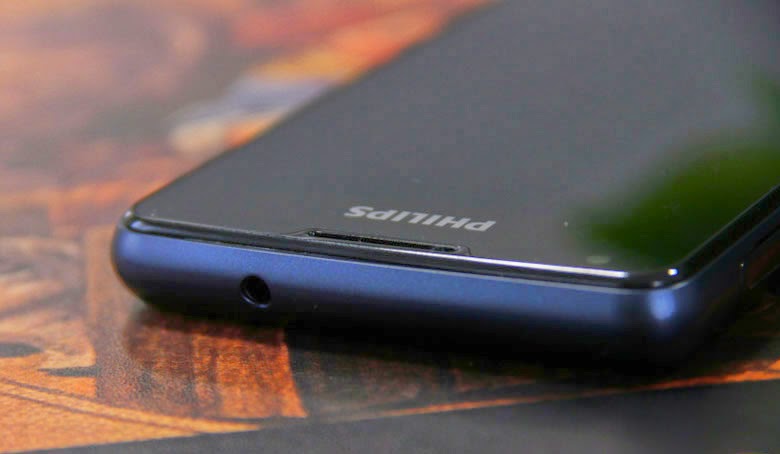 Phillips seems to be willing to try it out with a phone that has a 5,300mAh battery, where most phones have somewhere in the mid 2,000's for mAh's (unless it's a phablet). I prefer this type of thinking honestly.  They could even take the Motorola approach and offer different models of a phone with a couple of varying battery capacities (sort of like choosing a 16GB model vs. a 32GB).

Manufacturers and consumers should not be afraid of thicker phones until they develop the tech to make them thinner without sacrificing battery life. If the technology isn't there don't force it and make the consumer live with the consequences.

It's not that I want a big brick of a phone, but I would sacrifice some thickness and weight for larger battery capacity any day.
Posted by Zach Owens
Email ThisBlogThis!Share to TwitterShare to FacebookShare to Pinterest