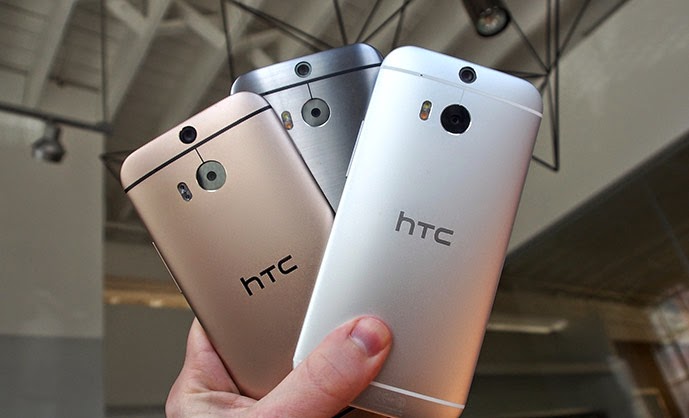 The new 2014 HTC One (M8) has led to some discussion about smartphone cameras.

Admittedly the new HTC One (M8) is a good looking phone, one of the best looking phones on the market, but... sigh... that camera...

In case you missed it, HTC has been boasting about the One's new duo camera that allows the user to play around with depth of field. After having taken a picture you can adjust the focus to either the foreground or background. It does have some interesting features that are only possible with the secondary camera.  While that seems rather cool, it's not if it doesn't always work well and especially not if it means the loss of the optical image stabilization that was present in last year's HTC One (M7).  In practical use it's a gimmicky thing that doesn't really seem to work that well.

For example take a look at a photo taken by Android Authority's Joshua Vergara that tries to show what the Duo camera can do:

Now here is an example of a photo taken with my Nexus 5 and edited to similar effect with the AfterFocus app from the play store: 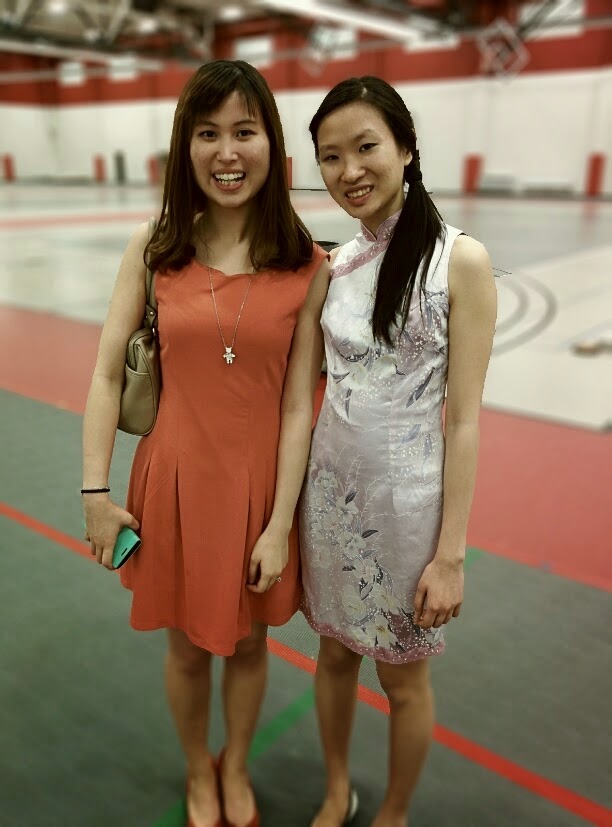 Neither is perfect, but if I take a higher quality image with a higher megapixel camera and then edit it later and achieve the same idea only better why should I limit myself with what HTC is offering?

Perhaps you could say it's the hardware equivalent of Samsung's gimmicky extra software features that take up unnecessary space and needlessly bog down the OS and clutter the UI.

I know hardware manufacturers are desperate to differentiate themselves, but wouldn't a fairly standard 16, or even 13 megapixel camera with OIS have been different enough from the 4 ultrapixel one from a year ago?

Let's not forget, optical image stabilization is necessary. It helps produce better low light photos, and because we can never really seem to hold still, it keeps us from taking blurry photos (unless of course the thing we are trying to take a photo of, just won't hold still).  The fact that HTC dropped the OIS (their one redeeming quality in last year's M7) in favor of a gimmick that can be faked just as well if not better with apps already in the play store, is pretty much unforgivable.

I had an 8 megapixel camera on my first generation Samsung Galaxy Note and it worked alright in broad daylight if I held really still.  Then I rooted it and tried using the stock Google camera app with it, and, well, let's just say hardware manufacturers really do build their hardware and software together and they are meant to work together.  Which leads me to question those willing to buy the more expensive Google Play Edition version of the HTC One (M8).  Obviously Google's stock camera app is not meant to work with this new duo camera.  Although I should mention that supposedly Google and HTC are working to remedy this situation.

8 mp on the Galaxy Note without OIS was very hit or miss.  My Nexus 5 with optical image stabilization, and HDR+ mode takes much better photos, if you wait for the rather lengthy shutter time.   I attribute the bump in quality from the 8 mp camera on the Galaxy Note to the one on the Nexus 5 mostly to the OIS, but of course HDR+ mode helps as well. 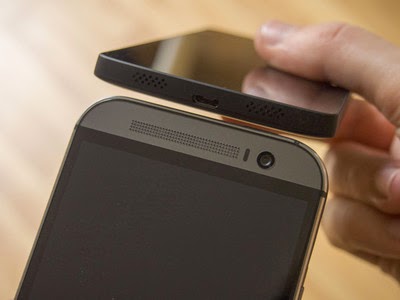 HTC seems to have forgotten, or rather ignored, the fact that the amount of megapixels matter. The HTC One (M8) only has 4 megapixels... Or what HTC refers to as ultrapixels, which supposedly let more light in allowing for better low light photography.  Tech bloggers seem to assure us that the camera is capable of taking good photos (capable being the keyword here), but 4 megapixels is inexcusably low for a high end smartphone released in 2014.

Samsung, LG and Sony all have newer phones either out or soon to be released, with much higher megapixel count on their cameras, and they pack a wealth of features into some decent camera software.  HTC is celebrated for it's camera software and features as well, but honestly Google, to me, has the right ideas in mind with their bare bones camera experience.

Let me also recognize that Google's stock camera software is not good.  It may even be among the worst. It can be difficult to navigate, but it's a minimalist approach and has just what you need to take a photo or video.  The Nexus 5's 8 megapixel optical image stabilized camera is among the lowest megapixel counts on the market these days (aside from the M8 obviously), yet it can take some pretty decent photos even in lower light situations.  And they can offer a bare bones camera app because they provide editing tools in the gallery app and even more features with Google+.  Maybe you need to be living comfortably within Google's ecosystem to really enjoy this, but if you have an android phone you likely have a Google account so there is no reason not to have all photos backed up to Google+ whether you use it for it's social network or not.

Even if you aren't a Google+ person there is Instagram and an app store full of photo editing apps available.  Just give me something simple and straightforward that takes a high quality photo and allow me to worry about dressing it up later, if I even need to.

Unlike Samsung, LG, Sony and HTC, Google, rightly, assumes that you'll do your editing later.  What you need is to be able to take a clean shot.  I don't need to sit there scanning through the options and filters and whatnot before I take the photo, or more likely, miss the moment entirely.  Once you take the photo in sepia tone, that's it, it will always be in sepia tone.  I'd rather take the clean photo and later decide whether I want to make it sepia or not.

Most tech bloggers tend to bash Google's stock camera software, and praise the likes of Samsung and LG and even HTC for features like Zoe, which essentially takes a highlight video, and yes these are nice if you are just doing everything from your phone, but Google has editing tools built into the gallery app, and of course if you have it set up to automatically back up your photos to Google+ then you have a bit more editing tools on top of that (HDRscape is pretty nice).  And you won't worry about losing photos if you lose your phone or upgrade.  The answer to HTC's Zoe is Google's Auto Awesome, which on occasion will touch up photos and put together a video highlight reel without me having to go in and do it myself.

All this means that I don't need a camera app that has filters and extra stuff built into it, because all I need is the ability to take a clean photo.  Yes Google's camera app needs an overhaul (which is rumored to be on the way I should add), but I like the minimalist approach. I've owned Samsung phones in the past, and yes their camera app was probably better, but much like Samsung's TouchWiz in general, it's a lot of extra features that you don't need, and I never really used, because let's face it these are smartphones not high quality or professional cameras. In 2014 we are also getting to the point where it's inexcusable to make a smartphone camera lacking optical image stabilization.  It's surprising to me that Samsung still hasn't adopted OIS.  While Samsung, LG, and Sony have been in a bit of a race with megapixel count (something that can only help smartphone cameras in the future), but so far only LG has used OIS.  I'd rather have OIS than all the extra packed in features Samsung throws in.


Before I get too far off topic, let's get back to the M8:
Maybe the most surprising thing about it is that their front facing camera is a 5 MP camera.

What does it say about the culture of smartphone users that a front facing camera for the purpose of the all important selfie is better quality than the supposedly "primary" rear facing camera?  I guess there are those people out there that tend to take more selfies than anything else, but something doesn't seem right there. 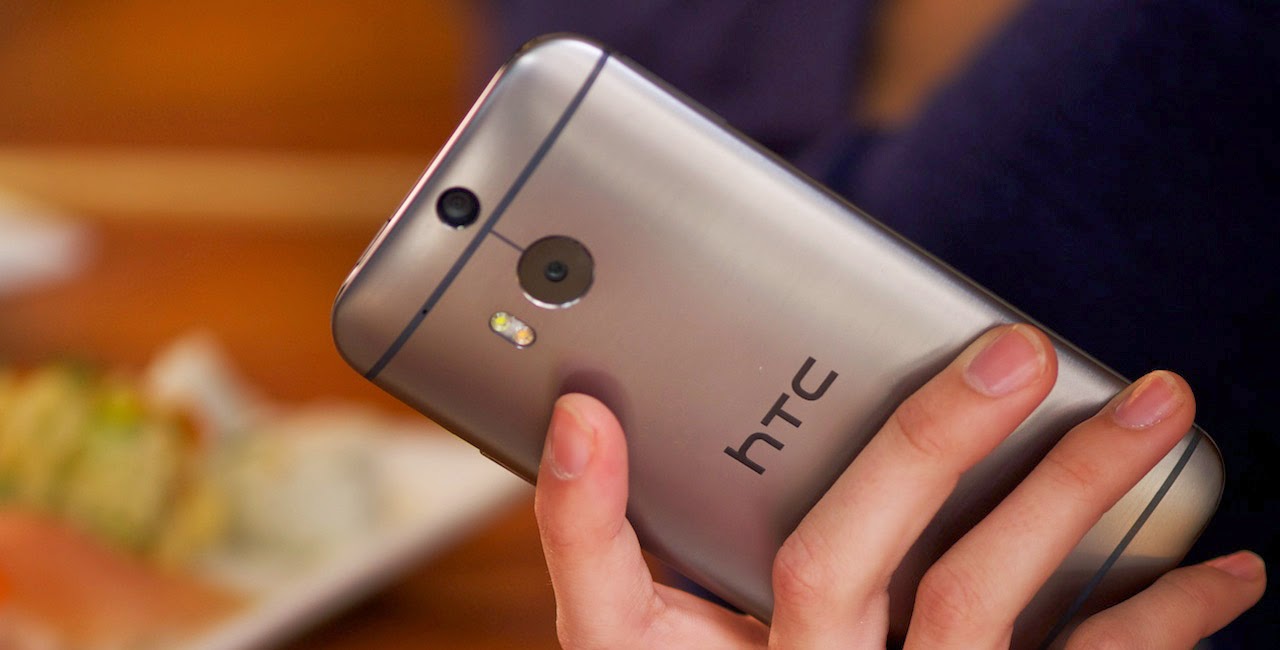 All of that being said HTC does plan to make the Zoe feature, as well as Blinkfeed (HTC's answer to Flipboard) available as services on the play store.  It would be a smart move, as it would allow them to push out faster updates and perhaps spread the name HTC to those who don't own their devices, and create a fix for the Google Play Edition M8 that I referenced earlier.

When it really comes down to it, photos taken from smartphones are really just meant for Google+, Facebook, Twitter, and any other social networking site you may use.  They aren't meant to be used by professional photographers, nor are they meant to produce photos that you'll blow up, frame, and hang in your living room.  We know this, and generally just about any camera phone will do for that purpose, but as smartphone cameras are getting better it's becoming inexcusable for manufacturers not to have a camera that can compete with other high end smartphone cameras, especially when HTC tries to promote the One's camera as something special.

If HTC fails to bring in good sales numbers with the new HTC One it will be because of its gimmicky camera, which is a shame because the One succeeds and surpasses most of the rest of the competition in every other way.

Why can't someone make a phone that is beautifully designed hardware, with stock android, but with a higher megapixel count like Samsung, Sony, or Nokia's phones, and give it OIS and HDR+ mode?  I suppose we'll get there eventually...