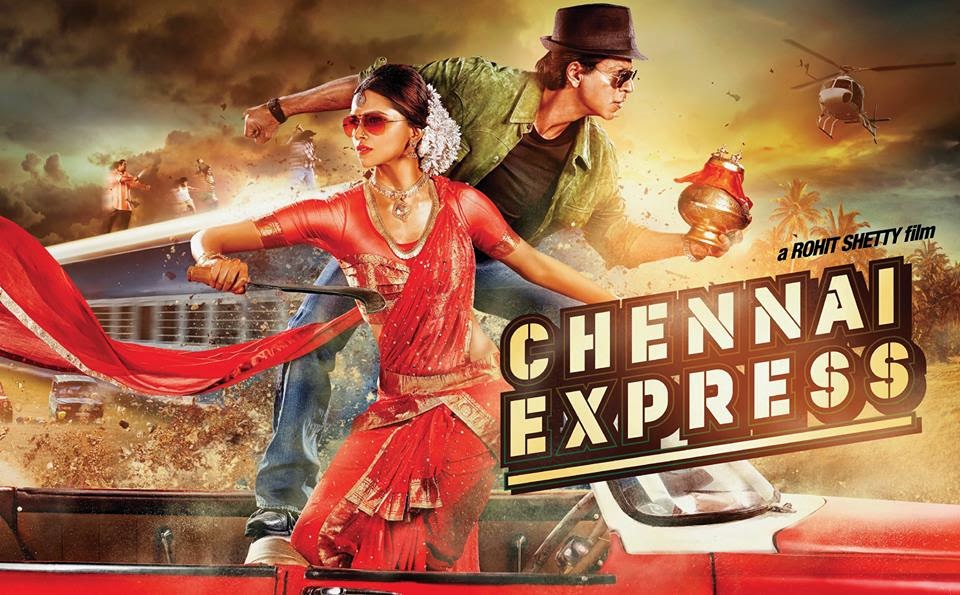 "Don't underestimate the power of a common man!"

Chennai Express was one of the biggest Bollywood films from 2013, and it just so happens to be available on Netflix. It's long, it's got just about everything in terms of comedy, action and romance, plus it's a wash of beautiful colors, cinematography and music.

I've seen other Bollywood films, but somehow while watching this film I was struck by the idea that the style is like a modern take on classic Hollywood, and it's probably better than a lot of Hollywood's own attempts at modernizing classic cinema. When you think of classic films you might think of some over the top acting, comedy, romance, and of course musical numbers. That describes this film to a tee. Of course it's all modernized, but the idea that you could be watching a serious scene and have the characters break out into song in a film that we wouldn't describe as a musical is something you'd expect from classic Hollywood, but now you expect from Bollywood. 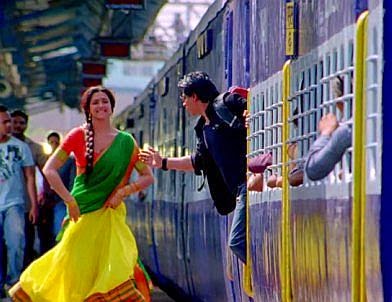 Entrusted with the task of taking his grandfather's ashes to Rameshwaram, near the southernmost point of India, Rahul (Shah Rukh Khan) is thrown off course by comic mishaps involving helping Meena (Deepika Padukone) onto the train he is attempting to leave. She was on the run from her father who intends to have her married to someone she doesn't like. Rahul inadvertently ends up in the middle of it all after unknowingly helping her and her pursuers onto the train leaving no time for himself to leave.

He feels responsible for having gotten her captured, plus he's on the wrong train anyway so he sticks with Meena until reaching her home town where he meets her family. Everything seems fine until the man Meena had been meant to marry shows up and demands a fight with Rahul to decide who will win her hand in marriage. Oh, and he is huge.

That night, instead of preparing for the fight or figuring a way out of it, Rahul gets drunk and does a song and dance with the people of the town, then ends up fleeing the fight on a dirt bike. Then, in a scene that could have been cut out of the film entirely, Rahul's only friend in the area gives him a place to hide, but when he wakes up in the morning he finds it's a diesel smuggling boat on their way to Sri Lanka, until the cops find them, that is.

The only way to keep from being arrested is to tell them he knows people who can prove that he is Indian and not Sri Lankan. So he ends up back where he started, facing down a big angry man looking for a fight and Meena's father looking on.

This is just one of several scenes that could have been cut from the final film without losing anything from the story or characters. It would have made the final runtime a little more tolerable, and wouldn't have made the films pacing so inconsistent. 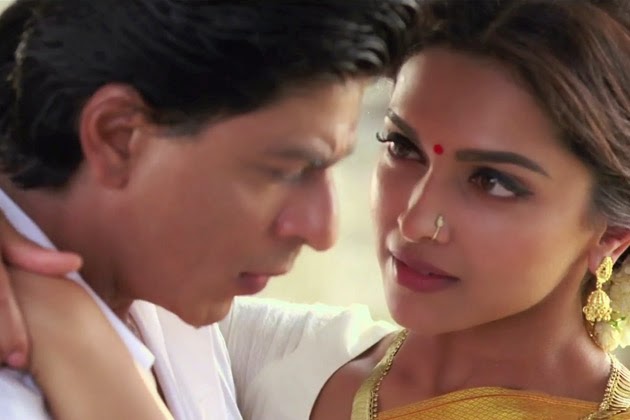 Instead of fleeing, this time he grabs Meena and holds her captive with a knife and hops in a car. Cue over the top car chase. As car chases go, it's a decent scene, but like most car chases you'll wonder how their car hasn't been destroyed while all the pursuer's cars blow up with far less damage.

Once Meena and Rahul are out on their own the film slows down a bit and the real romance can begin. It's in these scenes that we start hearing Rahul's catch phrase that turns into one of the morals of the story: "Don't underestimate the power of a common man."

We also get to know Rahul and Meena a bit better in these scenes. He tells her all about himself and she tells him about how her mother died. Thankfully it keeps from getting too melodramatic. Although, perhaps it could have used a bit more romance instead of over the top comic bits. 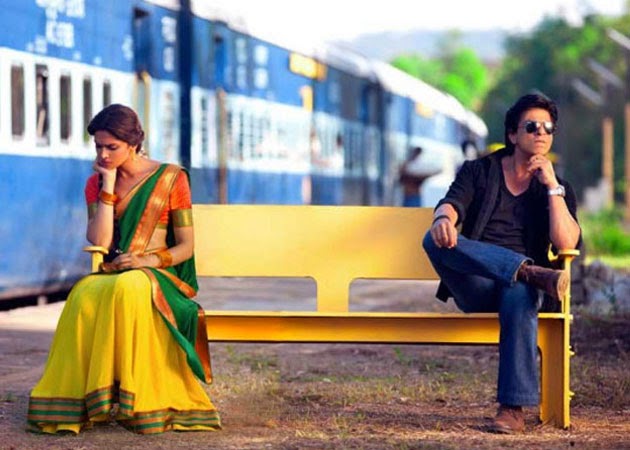 Rahul is a character that changes quite a lot throughout the film. He is an over confident man at first, yet we see him in all his cowardice. Despite his obvious cowardice, he still seems to think he can fool those around him, as well as himself, that he is a brave and self-sufficient man.

Despite the obvious role that gender plays in this film, Meena is more than just a damsel in distress. She tries to make her own way and escape her family and the expectations placed on her, but needs Rahul's help almost as much as he needs her help. It's abundantly clear that Rahul needs Meena. He probably wouldn't have survived the film without her.

In the final scenes it's for her that he finds the courage to stand up for her (and himself) and fight. That scene is over the top and goes on a little too long, but it's his time to show the power of a common man.

There are a number of social issues that serve as the backdrop for this film. Rahul and Meena come from different social classes. He's from the north, she's from the south. She's the daughter of a powerful man, he's a lowly confectioner and of course they're different genders that come with different expectations. Whether you can get behind all the things that make this film over the top or not, I can respect and enjoy that these two characters, despite all the social differences at play here, are presented as equals. It may be too over the top for some, but it's an entertaining film nonetheless.

While this isn't the actual scene from the movie (it's more of a trailer/music video), it gives you a sense of how pretty the film is to look at.