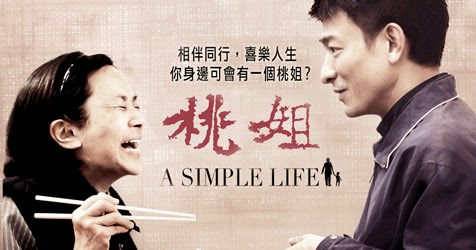 A Simple Life is a wonderfully simple film about a man named Roger (Andy Lau) and his family housemaid, Ah Tao (Deannie Yip) living in Hong Kong and growing old.

This is not a typical film, because typically characters follow an arc and change at some point, or there is a bit of action to follow until a problem of some sort is resolved.  Not here.  From time to time I enjoy small films that meander their way through a group of character's lives giving us a taste of life somewhere else.  That's how I would sum up this film in a nutshell. 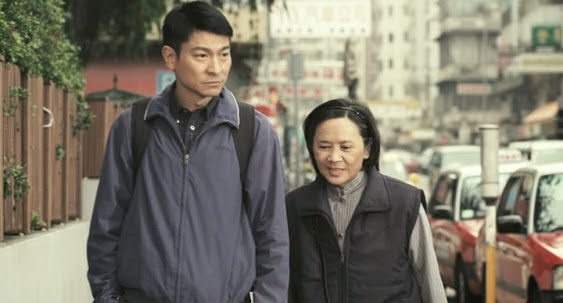 The film follows Ah Tao as she moves away from Roger and his family to a nursing home/retirement home/old person's home (whichever you prefer to call it), after suffering a stroke.  Roger is a fairly busy man who works in the film industry. He admits to Ah Tao that he can barely take care of himself without her. She is a good cook and does all his cleaning. She is meticulous in her work, and expects the same dedication from her eventual replacement. Instead of Roger, or another family member, it's Ah Tao who interviews candidates to become Roger's next housemaid, and "kids these days" just don't seem to have the same work ethic Ah Tao has.

Roger makes regular visits to Ah Tao, and dotes on her as of she is his own relative. He explains that she has been with his family for 60 years, and introduces her to others as his aunt. Housemaids are different culturally from what we think of here in the states. Generally here, only rich people can afford maids and even then they are rarely live in help.  In Hong Kong they are extremely common.  However, a housemaid staying with a family for 60 years is likely very rare. 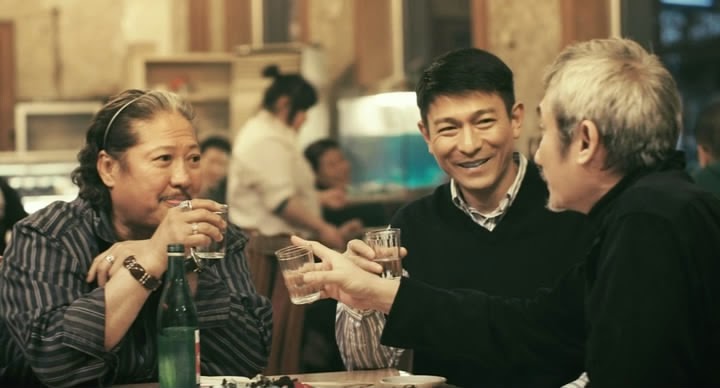 The whole film is about spending time with these characters and getting to know them and enjoy their relationship, and every scene serves that purpose. It's a character driven film between these two, but there are many recognizable stars popping up here and there in cameos, and of course Roger is played (quite well) by the very famous Andy Lau, but it's Deannie Yip as Ah Tao that gives the best performance.

It's both heart warming and melancholic, but there are some laughs to be had here and there as well. It's a simple film about a family who isn't quite family, but may be more family than the family they have.  You can rent it cheaply digitally from a couple of different places (Amazon, Google Play) or you can watch it free on Hulu right here.