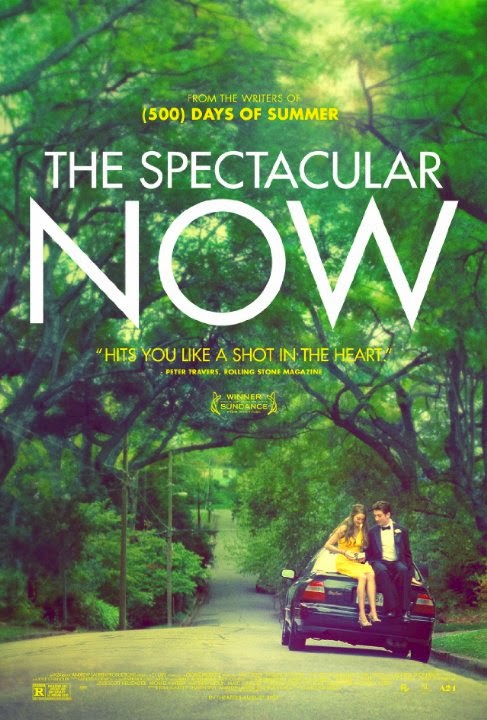 This is one of those rare movies about high school students that feels real. It's about characters that feel real. They are flawed in real ways and make real mistakes. That alone makes it not the typical Hollywood fare, where this type of film typically turns from jokey comedy to feel good ending. That's not what this film is, or wants to be. This film deals with tougher subjects.

Sutter (Miles Teller) loses his girlfriend and is broken hearted about it. He gets drunk and wakes up on some random front yard. He's awakened by Aimee (Shailene Woodley) who recognizes him because he is one of the most popular, outgoing guys in school. He is a fun loving and likable guy who clearly likes people and people like him, but he is also a bit of an alcoholic.

Aimee is a bit of a geek. She reads science fiction comics and is somewhat antisocial. She doesn't know what to do at a dance or a party, but she is ready to learn. Meeting Sutter is as important for her as it is for him. If this is all starting to sound cliche, don't worry, this aspect of the film isn't played up they way you've seen it done over and over again. 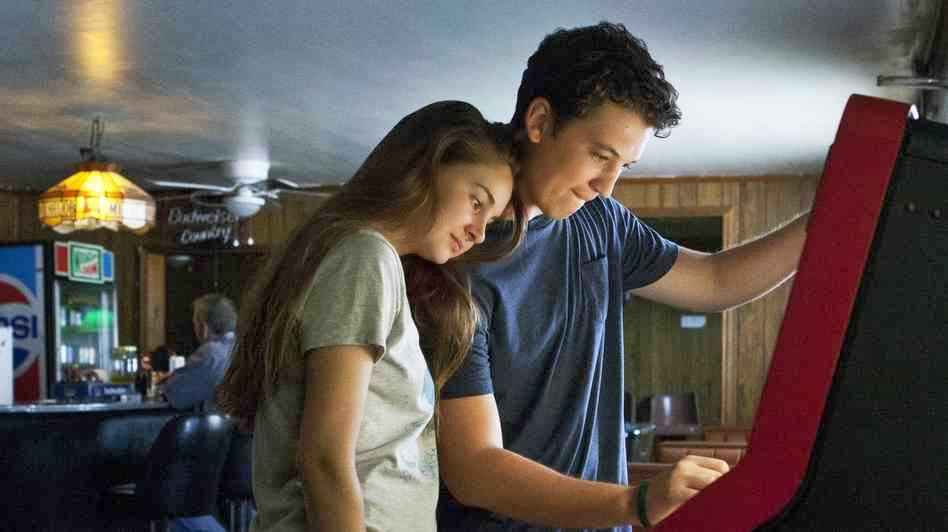 For various reasons Sutter and Aimee keep hanging out and getting to know each other. While they hangout they start to fall for each other, but Sutter is confused, because part of him still loves his ex-girlfriend Cassidy (Brie Larson). Cassidy is not your typical ex-girlfriend from high school movies, where they try really hard to make us hate her. She seems like a decent person. They broke up because Sutter made one too many mistakes. We can believe in her and the reason why they broke up. Later, even though Cassidy has a new boyfriend, she still texts Sutter which causes him further confusion.

The more time Sutter spends with Aimee the more they like each other. At first it's clear that Aimee likes Sutter because he is "the cool kid." Eventually, as it inevitably does, it becomes real. We even sense that they connect on a level that Sutter and Cassidy never really did. They talk about their lives and tell each other about their bad parents (specifically their fathers). It's the main thing they have in common.

They both need to stand up to their mothers for different reasons and they encourage each other to do so. When Sutter finally meets his father, Aimee is there with him. It's the moment that helps Aimee, and us, understand Sutter. It helps him understand himself. He tries to do what he feels is best for Aimee by pushing her away, but they've gone through this all together. No one else understands him the way Aimee does. 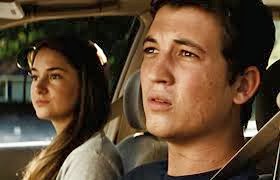 Aimee, despite all of this, loves Sutter, and is clearly the best thing that has happened to him. She treats him with understanding and doesn't give up on him even when he has an emotional outburst.

This is that period in everyone's life where people start going their separate ways. People have to plan for their future and go out and make it happen. Sutter struggles to know where to go or what to do next. If he even has a future outside of what he already has. Either way we sense that these two are ready to make the move toward their future, but it isn't easy getting there.

It's one of the best character dramas I've seen in the last few years. We can really care about these characters. The performances are great, especially that of Miles Teller. This is easily one of the best films of the year.
Posted by Zach Owens
Email ThisBlogThis!Share to TwitterShare to FacebookShare to Pinterest
Labels: 2013, 4, great performance, romance