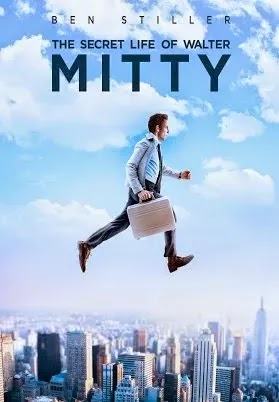 First of all, it's a little too typical Hollywood fare in a bad way, from the overly bad, jerk of a bad guy (complete with terribly fake beard) to the somewhat self serving nature of it all.

I fondly remember the James Thurber short story, and even the old Danny Kaye adaptation from 1947. So I was very interested in seeing this film. It's the type of story that can be done and redone in a thousand different ways because it's main character, a dreamer with an overactive imagination, can be anyone and do essentially anything we can imagine. As a fellow dreamer, I have felt just like Mitty at times (especially while growing up). We are always the hero of our own imaginations, so in that sense I understand, to a degree, even the aforementioned self serving nature I previously complained about.

However, the original story had Mitty being a hero in a number of different ways from pilot, to life saving doctor, but not once did he daydream about a girl. In fact, in the short story, he was already married. "Did it ever occur to you that I am sometimes thinking?"  He has to ask his wife. Mitty is lonely, despite his marriage. He often finds himself escaping the mundane everyday into his own imagination where everything is of his own making. He can imagine himself as he wishes he were. In many ways it's a sad story. He doesn't seem very happy in his marriage to his nagging wife, and at the end even imagines himself being shot. Perhaps it would have been too much of a downer for the movie to have gone in a similar direction, but at the same time it goes so completely in the opposite direction that we can only say it's very loosely based on Thurber's short story. It tries, perhaps, a little too hard to be the feel good film of the year. 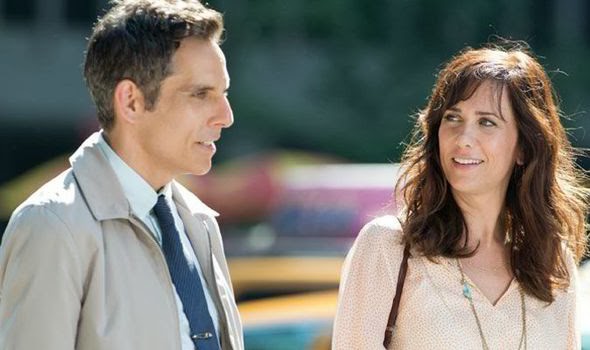 There is, however, some level of sadness to the events surrounding Mitty. Undoubtedly people can identify with a group of people, a company being on the verge of layoffs. People who've given a lot of themselves to a company suddenly finding themselves cut loose and having to start over, but that is a fairly small portion of the film. Mitty's imagined situations also seem a fairly small portion of the film. I was on board for most of them, but it may have gone a little too far when they stopped being imagination and moved over to parody. While it got a lot of laughs and was probably one of the funnier moments of the film, the Benjamin Button scene just didn't fit. It took me out of the film a bit too much, feeling like a scene from SNL or the MTV movie awards. It's as if the film were in development for years, and they wrote in a reference to a film from 2008, but at the end of 2013 it feels untimely.

I also think that Stiller may have gone too down the middle of the road trying to make Walter Mitty the "everyman," a template with which anyone could put themselves in. As a result it just lacks that "something." In place of a truly interesting character we have situations that overshadow the characters themselves. 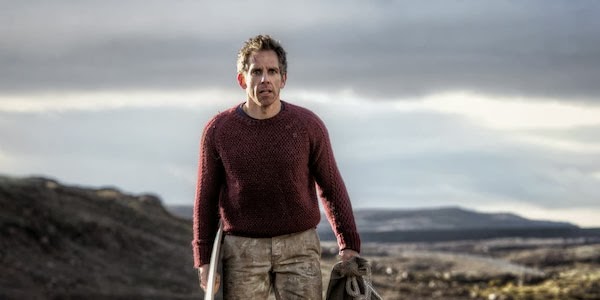 Maybe I'm too nitpicky, but in the Danny Kaye version, Mitty learns a similar lesson to Stiller's Mitty, but learns it within his means, more the way the "everyman" could. Stiller's version, as glamorous as it is, involves lots of world travel, climbing mountains, and outrunning volcanoes. As much as I'd like to, I'm not sure (especially if I were fearing the loss of my job) that I'd be able to afford such trips for the sake of one photograph for a company about to fire me. Or that after years of sitting behind a desk I'd be in the physical condition required to climb a mountain. Obviously It's an escapist film, and that's ok, but it draws too much attention to itself and Stiller/Mitty seem to love the attention.

As Filmspotting.net's Josh Larsen puts it,

"...it becomes the Walter appreciation hour. After boldly rising to a series of challenges, he returns a new man, complete with clothes from REI and a scruffy beard (never mind that those hatchetmen sport similar beards). Walter is greeted with approving nods by his coworkers, compared to Indiana Jones by a friend and honored in a way normally reserved for Time’s Person of the Year. Not too much earlier in the film, Penn’s photographer observes, “Beautiful things don’t ask for attention.” The Secret Life of Walter Mitty does so with every frame."

Also, the whole E-Harmony subplot was complete nonsense and completely unnecessary. It lifts out of the film entirely (he could have gotten back in the country another way, like landing in New York). Every now and then Tom (from E-Harmony) calls to check up with Walter. Surely they don't call you, especially not as much, or as randomly as Tom. He asks what Walter is up to and, of course, Walter tells him all the amazing things he's been doing and Tom marvels at his stories. He is loving the attention despite that nugget of goodness they seem to want to give us as advise. 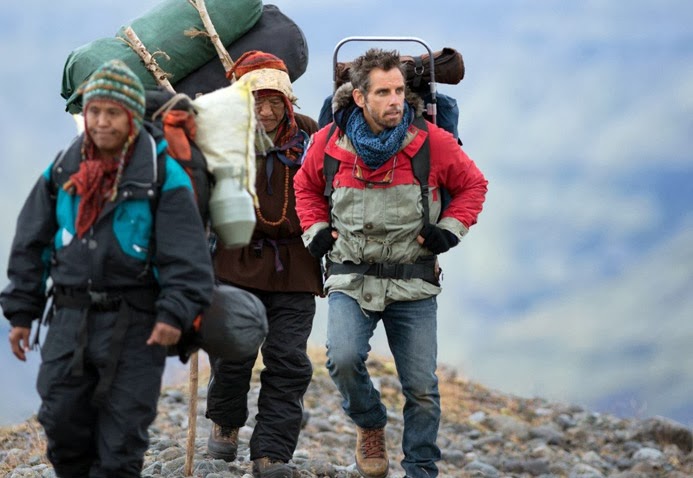 Another problem I had with it is that they felt the need to show us the McGuffin. Maybe they didn't understand the concept of a McGuffin, but photo #25 didn't really matter as much as what was going on with the person chasing it. It all goes back to my earlier point that everything around Mitty seems to overshadow the character himself. Adventure is a major part of the film, and, sadly, despite all the fun and adventure it doesn't really do anything to surprise or impress.

These are the reasons, I imagine, that it's receiving those negative reviews, but I assure you it's worth seeing.

Despite all of this, it is a fun film. The experience of watching the film does factor in here. It just starts to fall apart the minute you give it a little extra thought. For the most part it keeps from going over the top with it's comedy (expect for the one aforementioned Benjamin Button parody). It has a great soundtrack, I enjoyed both the collection of music from various artists and the score by Theodore Shapiro. Plus fellow daydreamers will identify with Mitty and it does have an encouraging message. Get out and live your dreams, because once you start living your adventures you stop needing to daydream about them.
Posted by Zach Owens
Email ThisBlogThis!Share to TwitterShare to FacebookShare to Pinterest
Labels: 2013, 3, based on a novel, touching