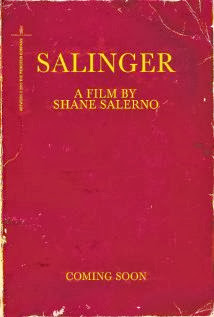 This documentary was likely highly anticipated, and that probably hurt it more than it helped it, because people love J.D. Salinger. The reclusive author of The Catcher In The Rye is one of the great American authors, who inspired so many for good and for bad. People are interested in the life stories of the successful.

I think too much was promised, and that ultimately lead to disappointment. They seemed to advertise a lot of secrets that supposedly sharing would spoil the film, and the huge reveal toward the end. It's like a friend that says they have big news and they string you along for a while drawing out the anticipation, and then, when they finally say it, you think, "that's it?" It isn't as though you can't see the "big news" coming the whole way.

I went in not knowing what to expect, other than a documentary on Salinger, and that's what I got, so I don't feel I was promised something I didn't get. Let me stop and say that if you are reading this, and are at all interested in J.D. Salinger, then take the time to watch the documentary because it does have information you'll likely find interesting about him (especially if you've never read a biography or anything about him before). Having said that the critics aren't necessarily wrong here, this is not a perfect documentary, but it is interesting nonetheless. 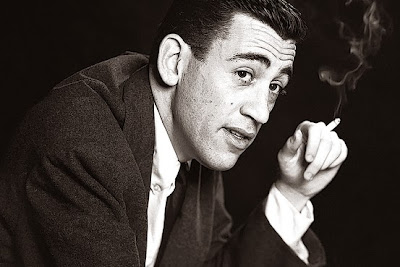 First off, Salinger is too long. You can ask a person to sit for 2 hours or so with an action film, or a thriller, but this is a documentary. Part of the reason for the lengthy runtime is due to the filmmaker's over indulgence in needlessly "stylized" interviews and reenactments. There is an awful lot of Salinger look-a-likes standing in front of a large screen, or sitting at a typewriter. There is one interview in particular that was supposed to be fairly hard hitting in its information, yet it was so badly over-stylized that its main point was sadly lost on me. Interviews should be just that, interviews, but the ones here make it painfully obvious that they shot the "interview" several different times, in completely different setups, having the actor... excuse me, interviewee... say her lines in exactly the same manner. When it cuts back and forth between the two different takes, mid sentence, it becomes too distracting. It's all just a little bit too self-indulgent and overly dramatic for a documentary about an author.

I should mention there is a book, also titled Salinger, that is meant to accompany the documentary. It was released alongside the film and likely has more information than the documentary itself (for those really interested in Salinger), but what you don't get from the book is the rare footage/photographs of J.D. Salinger. 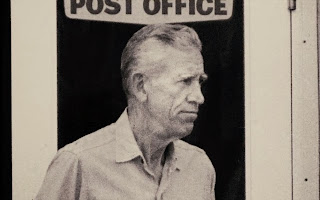 The big news it has to share with us by the end is that Salinger was indeed working right up to the end, and that his unpublished works are set to be slowly rolled out to the public starting in 2015. It's a "secret" everyone could have guessed. Even if you haven't read/watched the documentary, isn't it somewhat expected that unpublished works of an author will be released eventually after their death?

Anyway, I'm sure he planned it that way on purpose because he didn't want all the fame, or recognition, or even the good or bad publicity that goes along with being a published author. Knowing all of this I have to think Salinger himself would have hated this documentary, but that has more to say about his desire to stay out of the public eye than anything else.
Posted by Zach Owens
Email ThisBlogThis!Share to TwitterShare to FacebookShare to Pinterest
Labels: 2.5, 2013, documentary