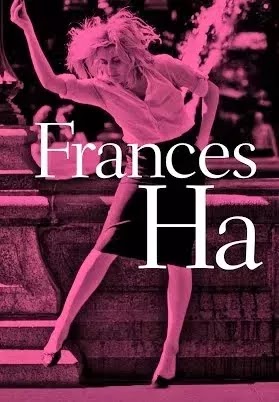 This film is about Frances and Sophie. They are good friends, but when Sophie starts getting serious about her new boyfriend, Patch, she decides to move in with him, and Frances struggles with the separation.

Frances wants to be a dancer, but doesn't really have a job. The rest of the film is Frances moving in with and spending time with friend after friend, all while trying out different jobs, and even an attempt at world travel. She is in that transitional period in life. She's out of college and needs to find work, while deciding what to do with life. She's also learning to live with the fact that she has to let go of her best friend Sophie, because life has a tendency to carry us all different directions as we grow up. In the end, even though it may not be exactly the dream she had in mind at the start, she follows her passion to a promising new job.

I want to like Noah Baumbach. He's a frequent collaborator of Wes Anderson's (who's one of my favorite directors). I liked his 2005 film, The Squid and the Whale, that inspired the name for an English Indie Folk band I like a lot (Noah and the Whale), and put Jessie Eisenberg on the map. However, I am not very fond of his previous two solo efforts Greenberg and Margot at the Wedding. 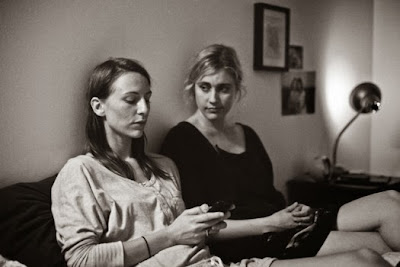 So let me start off by saying that if you're like me and not sure what to think of Baumbach's films, give Frances Ha a chance. It's his best film so far.

Stylistically this is known as "mumblecore." It's a film movement that features a low production budget, and naturalistic performances and dialog (which are often improvisational). If this sounds like other film movements of the past (French New Wave to mention the most notable one) then it should come as no surprise that this film is very reminiscent of 60's Truffaut, or considering it's set in New York, shot in black and white, and features a fairly jazzy/classical soundtrack it is sure to remind many of Woody Allen.

Looking at just a couple reviews for this film reminds me just how subjective this medium is. I know I'm stating the obvious, but sometimes a film just has to come along at the right time in a person's life, as it's likely to speak more directly to a certain generation. I'm convinced that Frances Ha is such a film. It may not have broad appeal, but I get this film. I don't want to say the reviewers that didn't like the film were too old or "just don't get it," but they seem to not understand the character or where she was in life. 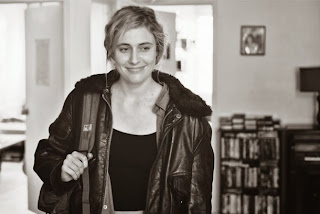 It's co-written by Greta Gerwig, who also plays Frances, and while we don't know how much, we do know a certain amount is autobiographical. It's subject matter we should all understand on some level. We've all had close friends that eventually got married and moved away. That's life. Especially for young people. All their childhood, or even college friends at some point are likely to find a job or get married and end up moving away. But when it happens during another difficult period in our lives, it makes it even tougher.

I say that I get this character, and part of that is because I've known people just like her. As such, I can say, despite what some reviewers say, the characters seem real to me. The writing and acting is very precise and in that way I'm impressed with how natural and, again, real this film feels to me.  There are all these little "in joke lines" and silly tones of voice the way there inevitably is among a group of friends, and that adds to the charm of the characters and the sense of realism. It's a strong take on modern relationships, and what sets this film apart is that it isn't about a romantic relationship. This is friendship. And rare are the films about a friendship breakup. 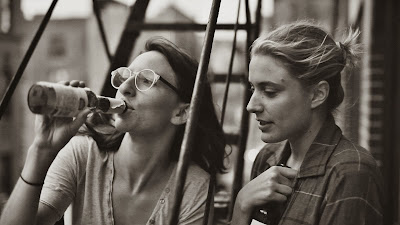 As we all know, one of the reasons breakups are so hard is because you get so used to doing everything together. Once they aren't there anymore even the most common everyday chores, like washing the dishes, can be hard to get through without that someone. This can extend to friendships as well. We know that Frances and Sophie have been good friends since college and have likely lived together in the years following graduation leading up to where the film starts. Obviously they've been together a long time. We get a sense of how close they are, and how much time they've spend together in the opening sequence.

One reviewer commented saying that Frances and Sophie exchange, "I love you's" more than real couples who are in love do. While that may be true, in this day and age where most people at one time or another have set their Facebook status to married to such and such a friend, it is actually quite common among certain circles to exchange "I love you's" especially when they are leaving each other for unknown amounts of time.

This is just one example of the possible generational gap that makes this film meant for a certain audience. The other is that Frances doesn't really have a job. She constantly struggles with money all while trying to find a path to what she really wants to do (if she even knows what that is), and she is completely fine with that. She wants to enjoy her younger more adventurous years. This might be completely foreign to some, especially those who knew what they wanted to do from a young age, but this film has hit me at the right time, so I can identify with Frances. 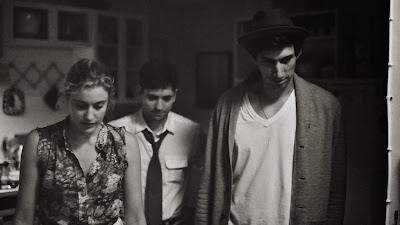 There constantly seems to be a class difference at play in the film as well. Frances makes friends with a lot of people who are more well off financially than she is, but she is friendly and charming enough that most people are willing to look after her.

She moves in with two guys, Lev and Benji, who are clearly from upper class upbringing. They have lofty goals (particularly Benji who wants to write movie scripts or skits for SNL, until he decides that they are beneath him), but neither seems to have a real job either, but of course, they can still afford a rather pricey apartment.

Benji and Frances grow fairly close during this period, and he seems like someone who would match up well with her, but they never go down that road, perhaps because this is Frances and Sophie's movie, or because they wanted to make a deeper point.

They say a lot without saying anything specifically about Frances and Sophie's relationship.

Frances explains what she is looking for out of a relationship,


"It's that thing when you're with someone and you love them and they know it, and they love you and you know it, but it's a party and you're both talking to other people and you're laughing and shining and you look across the room and catch each other's eyes, but not because you're possessive or it's precisely sexual, but because that is your person in this life.  And it's funny and sad, but only because this life will end it's this secret world that exists right there in public, unnoticed, that no one else knows about.  It's sort of like how they say other dimensions exist all around us, but we don't have the ability to perceive them.  That's what I want out of a relationship."

This scene does eventually play out at the end (Spoilers) and we see Francis catch Sophie's eyes from across the room during a social gathering. What she wants is someone who can understand her and she can be herself around, and that will have that deep connection with. You could interpret that Frances is gay and wants to be with Sophie, and they don't seem to rule that out, but at the same time Francis seems to go out of her way to claim it isn't a sexual thing, she just wants something deeper.

Her friendship with Sophie is the closest relationship she has in life and when it's gone we see her try to replace that. Before Sophie leaves, she is dating a guy who clearly doesn't get her at all. She moves in with a couple of guys, but neither really catches her attention, because according to Benji she is "undateable." She moves in with another friend, and even tries travelling but nothing can replace that closeness she had with her "person."

In a way this film is a little like Wong Kar Wai's film 2046, although a little less tragic love story.  2046 was the follow up to In The Mood For Love, in which Tony Leung's character deals with moving on from having lost his love. He goes from woman to woman and can never replace what he had.

Frances Ha is an interesting film, and a great performance from Greta Gerwig.  If I was doing a top 10 list for the year this one would almost certainly have a place on it.