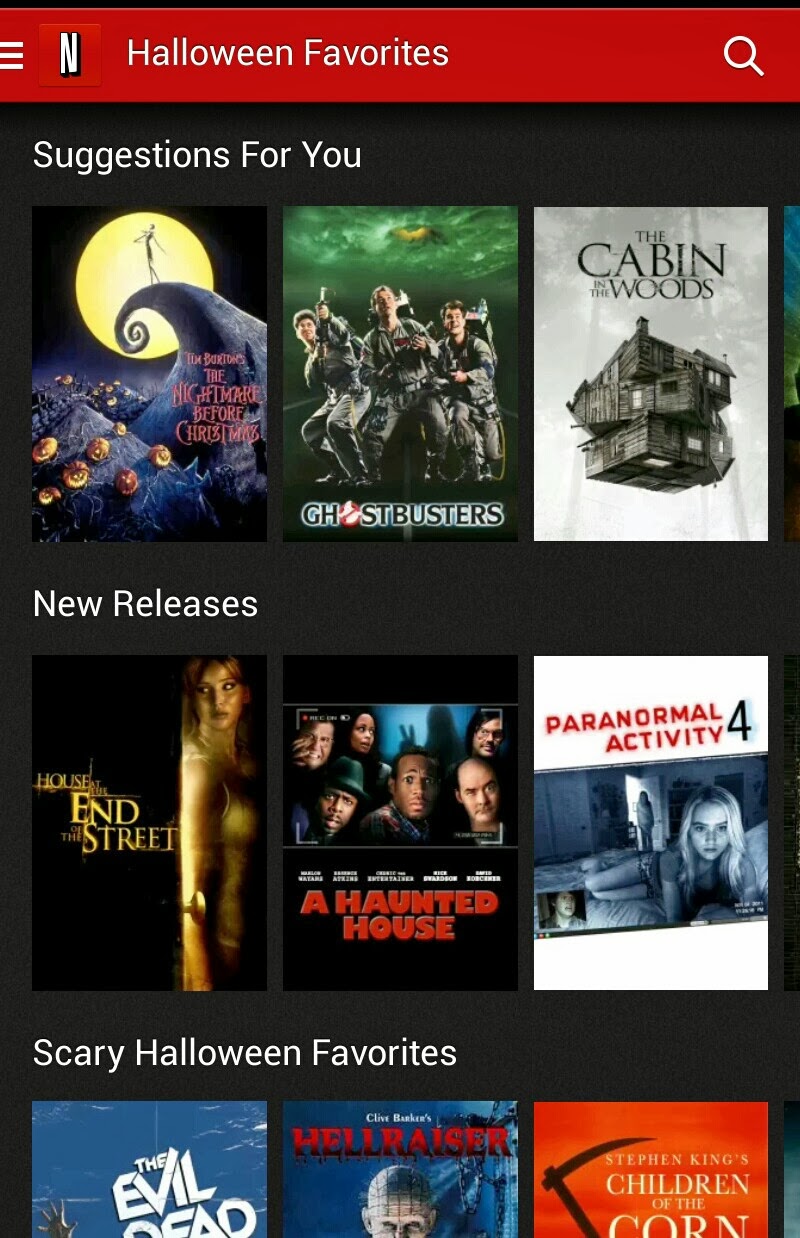 Halloween is tomorrow. If you won't be out in costume, and you want to sit at home (while dressed in costume) and watch something... um... festive(?) of course Netflix, Amazon Prime and Redbox have quite a few options available.

You could just browse the horror genre on their websites just like you would any other day, but Netflix has "decorated" their site with a dedicated Halloween Favorites list for you to browse through (they know me so well).

Might I suggest Ghostbusters, The Evil Dead, Cabin in the Woods, and a film I was pleasantly surprised by from 2006 by Korean Director Joon-ho Bong, The Host.  There is also one of my favorite Tim Burton films: Nightmare Before Christmas, which is that film I always watch around this time that helps me transition from Halloween mode into Christmas mode.

And in case you're feeling really adventurous there are two silent classics that have inspired many: Nosferatu, and The Cabinet of Dr. Caligari.

While Amazon Prime doesn't have a dedicated space for recommended films for Halloween, they do have a large collection of horror films, you just need to know what you're searching for or browse their horror genre.  If you watched The Evil Dead on Netflix, then you can catch the follow-up The Evil Dead 2 on Amazon Prime.

And if you're stopping by Redbox and you're not in the mood for something scary, but you're interested in a monster movie Pixar's Monsters University is out.  Also available at Redbox is Sharknado, in case you wondered what all the fuss was about, although you'll probably be cringing for reasons other than fear.