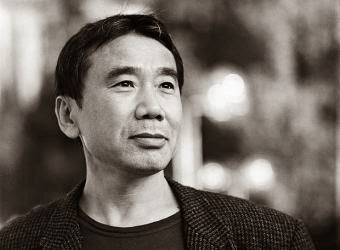 As you can probably tell from several previous posts, I'm a fan of Japanese author Haruki Murakami, and Alexander Martin of the Wall Street Journal recently wrote a blog entry about how Murakami was favored to win the prize.  As a fan of Murakami's work, I hoped he would win, but sadly (or not so sadly if you're a fan of Munro) Alice Munro was announced as the winner on Thursday.

He may not have won this year, but in honor of Murakami and his work, here are 30 pieces of wisdom from Murakami's books as posted on shortlist.com