Lately it seems a growing trend for indie films, some larger foreign films, and films that are otherwise not likely to receive wide release to be offered as a rental before or during its theatrical release.

Some are offered for Video on Demand with different cable or satellite services, but a great way to catch these films is by renting via the Google Play store. 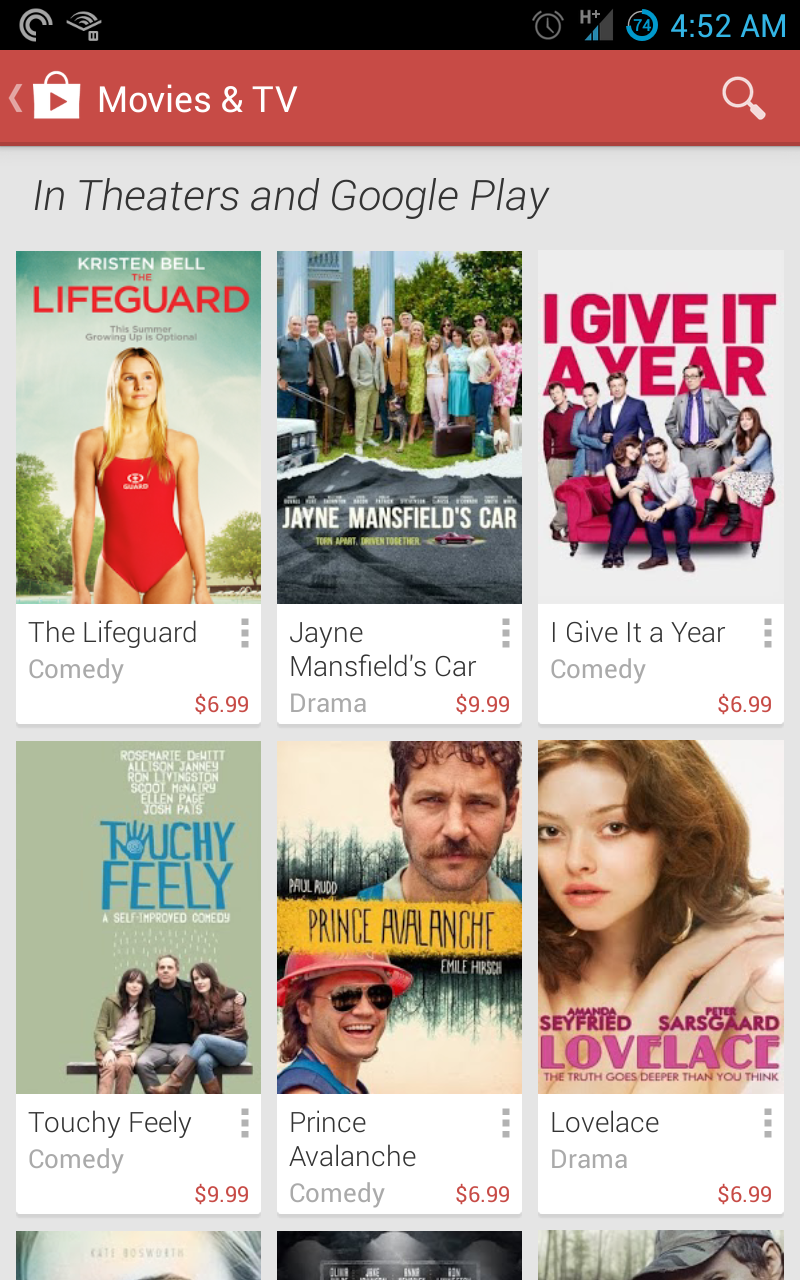 Google Play Store
You can rent them from your phone, tablet or computer and then either watch them on the go or on your TV with the Chromecast (or the old fashioned way with a laptop and HDMI cable).

I've used the service a couple of times already to catch films that were either not out yet, or not likely to make it to theaters where I live.

Price wise the most you'll be expecting to pay is around $10, which is around the amount you might expect to pay if you were to go to a theater anyway, so I don't feel bad paying for it. However, most cost somewhere around 4-7 dollars.

Amazon Instant Video
If you are more of an Amazon person, whether you use a kindle, or Amazon Prime apps wherever you can, Amazon offers many of the same films as well, but I've found their site a little harder to navigate to find these "before it's in theater" offerings.

They seem to lump them in with their offerings for "before it's on DVD."  If you are having trouble, hopefully this link will help.

Chromecast (catch up on older movies with YouTube)
I know I've already mentioned Chromecast and how it can be used to stream Google Play movies, but, obviously, it also works with YouTube. So if you want to catch up on older movies, but don't want to buy or rent them, you can often find older films uploaded either as a whole, or broken up across several parts (usually search for either the title of the film or the title + part 1).  If you find it in parts, it's quite easy to start part 1 on your TV using the mobile app, then you can find the remaining parts and add them to the video queue, essentially creating a playlist that will continue the movie uninterrupted (except for the occasional ad).


No matter how you go about renting or viewing your movies, this is a nice resource for keeping up with lesser known films that don't get wide release.