20 Bond films have been made available throughout the month of August on
Amazon Prime.

If ever there was a time for a bond marathon, now is the time. If you haven't gone out and bought all the films in the box set, this is a nice opportunity to catch the films. 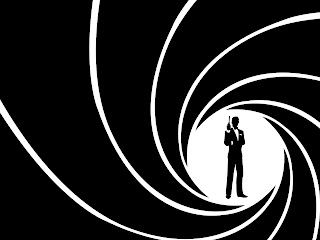 All the classic Bond films are available, including Never Say Never Again, the Thunderball remake (often not counted as an official Bond Film) with Sean Connery made in 1983 after having already surrendered the role. However, sadly none of the Daniel Craig bond films are to be found, nor is Pierce Brosnan's last Bond film Die Another Day among the films available (not missing much there though).

I remembering growing up there was always some sort of Bond-a-thon around the three major winter holidays in America, on SpikeTV and/or AMC.  As a result, for a good number of my teenage years Bond was a holiday tradition. It's been a while since I've looked for these marathons so I can't honestly say whether they still happen, but Amazon Prime at least gives us the chance to have marathon even if it isn't around any major holiday.

Watch them while you can.
Posted by Zach Owens
Email ThisBlogThis!Share to TwitterShare to FacebookShare to Pinterest