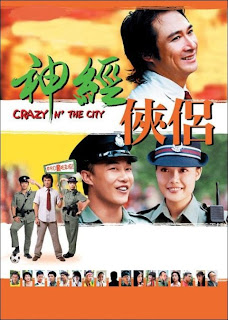 Crazy N' The City is at first a light-hearted drama/comedy from Hong Kong, that starts out seeming like the standard romantic comedy fare, but stick with it and you'll find there is quite a bit more to it.

The film features two intertwining storylines taking place in Wan Chi, that weave together nicely and offer a bit of social commentary along the way.  The principle characters are two police officers, veteran Chris Chan (Eason Chan) and rookie Liu Tak Nam (Joey Yung), and the lead of the second storyline is Shing Wong (Francis Ng) who puts the crazy in Crazy N' The City.

Chan is 7 years into the job and quickly growing tired of his responsibilities. He became a police officer with dreams of movie style action sequences with lots of running and gunning. What he has found, after 7 years, is nothing but being a servant of the people. Walking around all day and being screamed at by citizens for leaving parking tickets on their cars. 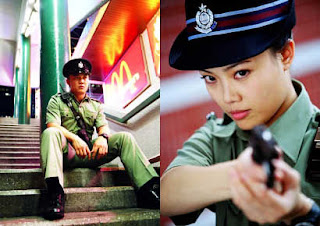 When the rookie (Yung) is assigned to work with him, Chan gets frustrated at her enthusiasm. She is all about being a servant of the people. She happily gives directions to foreigners, helps locate stray cats, and helps old ladies push heavy carts up hills. Chan considers himself above these menial tasks, but she won't be dissuaded.  She tries to encourage him to do as she does and enjoy the job a bit more, and he slowly starts be more intrigued by her and her way of doing things, but 7 years worth of built up cynicism is hard to break.

Later, when a poverty stricken man (played by the recognizable Suet Lam) turns to thievery to obtain needed milk for his baby, our cops are called in to make a report of the situation. Not being able to fend for his child eventually leads to the man's tragic suicide that the police fail to stop.  Both struggle to get over this event, but it weighs far more heavily on Chan. He was too out of shape to reach the roof in time to stop him from jumping.

Meanwhile, Shing is the town loon. Generally everyone seems to know him, and are willing to put up with his antics. Several traumas have left him deeply wounded, he lost his business and has had to move in with his sister (who has become his caretaker). 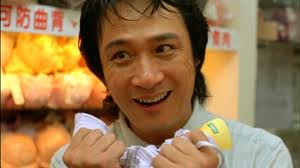 He carries, and talks on, a cellphone that doesn't work, visits his old business thinking it is still his, pesters his sister at her magazine stand, and walks the streets of Wan Chi murmuring to himself.  Despite his shaky mental state, Shing has fallen in love with a local masseuse who lives one floor above him. She seems the only thing in his life that helps him keep his mind straight. Having recently also seen Francis Ng play an assassin in Johnny To's 2006 film Exiled, I was impressed by his range and overall performance in this very different film.

Things are turned on their head later in the film, with everyone in a state of fear over a serial killer who has starting striking in Wan Chi.  On rainy nights he attacks, raping women and murdering them. 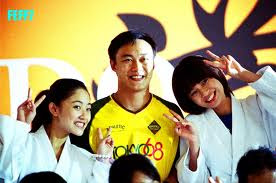 I suppose I should mention that Chan also begins teaching self defense classes after being pressured by two young admirers who see him in action. He ends up getting pretty close to some of his students, particularly the two that asked for his help in the first place. But when one of them falls victim to the serial killer, it ends up being the final peace of motivation needed to push Chan to make a difference as an officer of the law in Wan Chi. 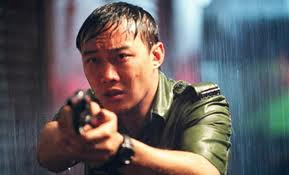 The serial killer has his sights set on Shing's love interest. This is where the stories really converge. Shing finds himself in a desperate fight to save his girlfriend from the attacker. As the serial killer flees the scene it's up to Chan to chase him down.

It's an entertaining and even touching film, even if at times it feels like it's all over the place.  If you enjoy a good Hong Kongese film, this one is worth checking out. 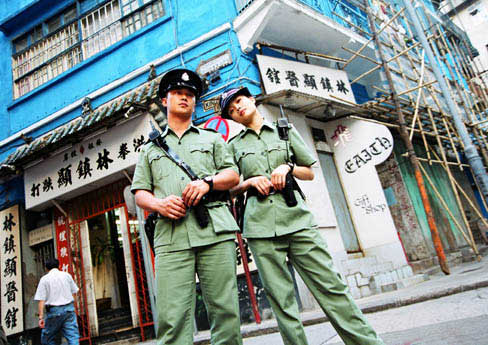