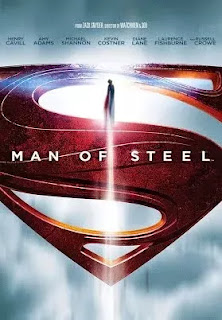 Marvel's thing is to make a hero flick that has a good amount of humor and doesn't always take itself too seriously. DC however has found success with the appropriately dark, Dark Knight films, and failure with the Green Lantern film that tried something more similar to what Marvel has been doing. If DC also wants to piece these heroes together for their own Avengers style group hero flick, it'd be hard to do so if the tones are so vastly different. With Superman they brought in Christopher Nolan and Zack Snyder who have made successfully darker hero films to bring a similarly darker, more serious tone to Superman.

Sometimes reviewers are a fickle crowd. First they applaud franchises like Batman, 007 and Star Trek for taking on a dark tone, then they whine that Superman is too dark and not fun enough. It's true that other hero franchises have followed suit, but I can't say that the trend isn't welcome or that it has become overdone quite yet. When Superman Returns was released in 2006 everyone hated it. It was an attempt to recapture the somewhat light-hearted, "hokie" take on the series from the earlier films starring Christopher Reeve. They hated that, but now that the Man of Steel has a darker tone they don't seem to like that either.

I want to ask them if they don't like the serious tone only because they fondly remember the lighter tone to the previous Superman films. If that's the case they should have admitted first and foremost that they weren't going to like the film before they bothered to sit down and watch it.

Reviewers also saw the destruction of buildings in a large city and instantly went to imagery of 9/11. One of the things they complemented Star Trek for is something they use to tear down Man of Steel. It was clear what they were going for in Star Trek, but I never felt they were aiming for the same thing in Man of Steel. Are we really to the point where any attack of a cityscape put on film instantly becomes allegory for 9/11? I understand the tendency to think of that in post 9/11 America, but there are other factors that determine allegory. The context doesn't necessarily point to an allegory in this film. If they must, they can try to make that case... again... but I just didn't see it.

I, for one, like the darker more serious tone. I'm not saying all franchises should go that direction, but I liked it in Batman, 007, Star Trek and yes, I liked it in Superman. I should also admit that I'm not normally a fan of Superman. Having said that, I will say this is the most I've ever enjoyed a Superman story, but that isn't to say it's perfect, in fact I did have several problems with the film that kept me from enjoying it as much as I wanted to, but I'll get into that a bit later. Man of Steel does manage to retell Superman's origin in a way that seems fresh and new. It isn't simply that story of how the alien grew up on a farm and eventually fell in love with a swooning Lois Lane while working at the daily planet. We've seen that quite a few times already. This is that rarely touched piece of Superman lore. It's the story of how Krypton died and General Zod made it to earth to attempt to re-create Krypton and bring back his people, and along the way we get flashes of how Clark became who he is. He is trapped between worlds. He is a foreigner on earth, but all he knows is earth so he is technically more an earthling than a Kryptonian.

Some didn't like the extended look at Krypton, but I found it an interesting portion of the film that setup the villain as well as the hero. It's a fascinating look at the lore behind Superman that most of the films and TV shows don't go into. To establish the character we need to know where he came from, and it's somewhat curious that others glossed over this part of Superman's tale.

Clark's background, that we know all too well at this point, is thankfully told sparingly in flashbacks. I'll applaud them for attempting something new here, but sadly the flashbacks made it feel like watching clips from a trailer for the film, instead of the actual movie. I suppose in theory it's an interesting approach to revealing the baggage he carries as he faces each situation, but it made things feel disjointed, and contributed to pacing issues.

Clark Kent is 33 by the time he discover's the ship that tells him who he really is, and that isn't the only way they try to establish a Christ-figure image. His life before that is a struggle to find his place in the world and understanding of who he is. He is a drifter in search of who he is. He recognizes his power and uses it to help, but it isn't until he finds the ship and puts on the red and blue armor (not tights) that he has the confidence to be who he is.

When he flies, it isn't like the old Superman where everything is smooth (likely a limitation of the tech of the time), his hands shake, it's violent. It looks like you'd expect it to if someone were flying through the air as fast as Superman does.

And then there is Lois...
Amy Adam's Lois Lane and Henry Cavill's Clark Kent don't have chemistry, and they don't build a relationship leading to their first on screen kiss, that seems to be there simply because "it's supposed to be." 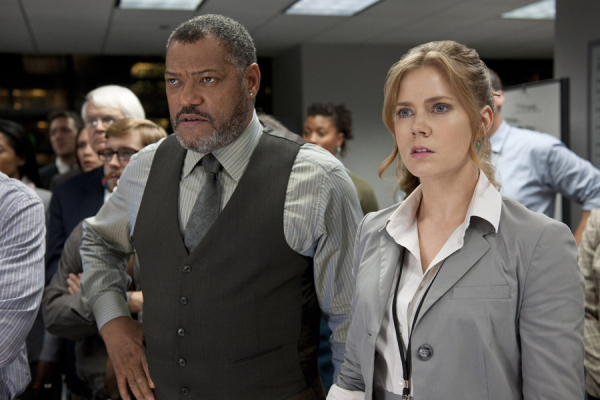 I liked that this film wasn't about the relationship between Lois and Clark, they can always do that later, however that makes the kiss even more unnecessary. Lois is bland and useless as a character in this film. She was completely unnecessary. She could have showed up at the end when Clark got a job at the Daily Planet and it could have teased the next film.

Lois had always been a strong character in past Superman iterations. Here, she's a damsel in distress. What's worse is the only other female character in the film is a soldier that shows up at the end of the film to say, "he's so hot," before disappearing again.


Although I enjoyed the opening, I was lost by the end. The film devolves into a barely coherent battle between Superman and a tentacled terraforming machines. Beyond that Superman, the "hero," demolishes what's left of Metropolis in a battle against Zod. It's a comically destructive fight, that leaves us wondering just how many people died while Superman was "saving" them. Certainly you could make the argument: "what else would a battle between these two super powers look like?" but as a hero he has a responsibility to the city its people as well. The battle stands in stark contrast to what had been a fairly subtle film leading up to that point. 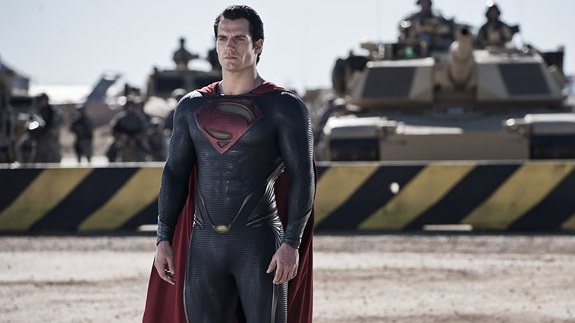 I enjoyed Hanz Zimmer's score for the film. I like the moody scores he has produced for other Nolan films, and in Man of Steel the score was always one of the strongest elements for me. It isn't necessarily the recognizable theme from the earlier Superman movies, but with a more moody take on the franchise comes a more atmospheric score.

This may not be the great Superman film we had hoped for, but it's a film that'll make the money needed to continue the series. It was a retelling of Superman's story without the odes to past Superman films. It's confident enough in its own creation to be what it is without those nods to the past. It's very fitting considering that Clark's journey is one of finding who he is and having the confidence to be his own person not someone bred in a tube with a predetermined role.
Posted by Zach Owens
Email ThisBlogThis!Share to TwitterShare to FacebookShare to Pinterest
Labels: 2.5, 2013, superhero