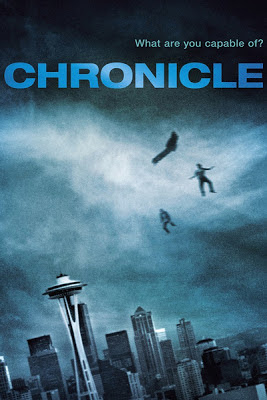 Chronicle is that movie from last year that had that cryptic trailer featuring three boys who find some mysterious thing and later find out they have Telekinetic powers.  We see them using it to prank unsuspecting people and then eventually they do something that hurts someone, and we aren't sure if they did it on purpose or not.  Things seem to really go downhill and generally out of control.

Well, generally speaking if I were summing up the film I guess that's how I would have to put it.

It begins with Andrew (played by Dane DeHaan, who looks like a young Leonardo DiCaprio or Mark Hamill) turning on his video camera and beginning to film his world. It is his barrier that keeps him at a distance from everything else.  He admits to his friend Steve that, maybe he wants it to serve as his barrier.

From the beginning, it isn't hard to see why.  His mother is terminally ill, and his father is an abusive drunk. He takes his camera with him to school and we see him get bullied.  In the beginning of the film we see everything completely from Andrew's perspective while he holds the camera, but eventually others hold the camera and, of course, it floats off by itself (did I mention Telekinesis?). 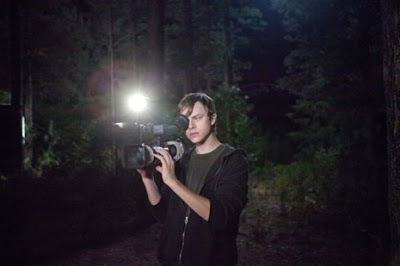 I'm not normally that big on films where the camera is an actual physical object of the world itself.  One character always has to carry it around, it's always shaky, and you wonder if we are actually getting the best possible view of things.  In this film, however, in the first half it does a good job of making the camera gimmick feel natural, but eventually (as with every film done this way) you start to wonder how the camera is there and if we are supposed to stop thinking of it as an object within the world we are watching, and assume that the filmmakers took over.

The story follows three friends, Andrew is the main character, but his cousin Matt, and their friend Steve all share the majority of the screen time.

After a party, they find this mysterious hole in the ground with a strange sound emanating from it. They venture down into the hole to see whats inside. They find a strange object and it makes their noses bleed. 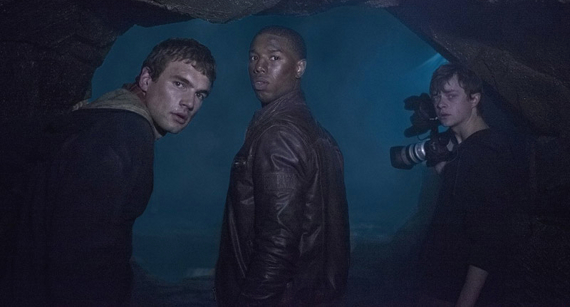 Next time the camera comes on they have discovered they have the ability to move/manipulate the objects around them.  It is fun at first while they do as teens would, using their new found ability to prank and scare the unsuspecting people around them, and when they figure out how to fly, but things quickly go too far once they realize they can manipulate objects as big as cars, and non-inanimate objects as well. 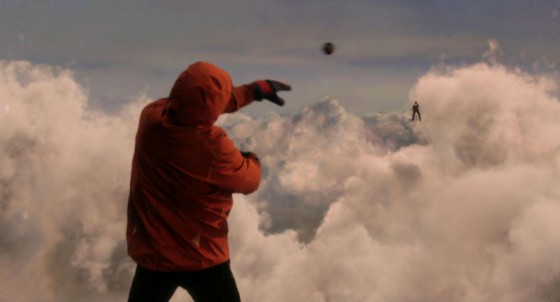 It's easy to see from a mile away that it's only a matter of time until Andrew loses control and starts taking revenge. He tries to use his power to make other students at school like him, but they still laugh at him, but this time he has powers with which to punish them.  We witness him talking to his camera, video log style, trying to justify the idea of hurting or even killing people.  He says things like, no one feels bad when you squish a fly, and a lion doesn't feel bad about killing other animals.  He now thinks of himself as the "Apex Predator."

We watch as the friendship dissolves between the three characters, and it comes down to Matt trying to stop Andrew from hurting everyone around him.

These days we are bombarded with superhero films. Every summer a handful of new hero flicks hit theaters. They'd like to tell the origin story of every superhero and villain that comic books ever introduced. How did the heroes become heroes, and why did the villains become villains?  This is a essentially a superhero/supervillain origin story that does something different. 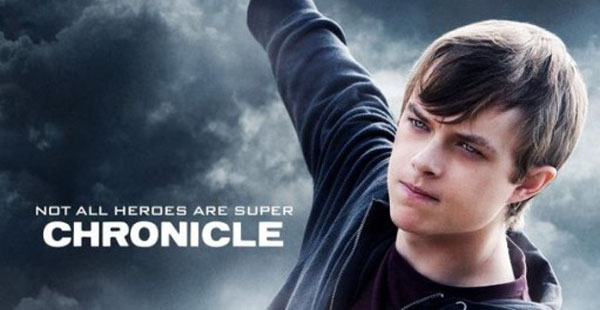 It doesn't begin with the flashy DC or Marvel logo and it doesn't feature characters with costumes and names that end in "man," but this does boil down to a super hero movie.  What makes it better than the average one is that it doesn't quite feel like one.

In terms of the characters, this film feels very real.  It does a much better job of keeping things more real than most hero films.  You buy into these characters, and identify with them.

It reminds us that we are products of our upbringing and circumstances.  It makes you wonder, if something like this happened to you and your friends what would you do?

I was pleasantly surprised by this film, if you like superhero films, or were at all intrigued by the trailer, you should watch this film.
Posted by Zach Owens
Email ThisBlogThis!Share to TwitterShare to FacebookShare to Pinterest
Labels: 2012, 4, drama, found footage, sci-fi, superhero, thriller