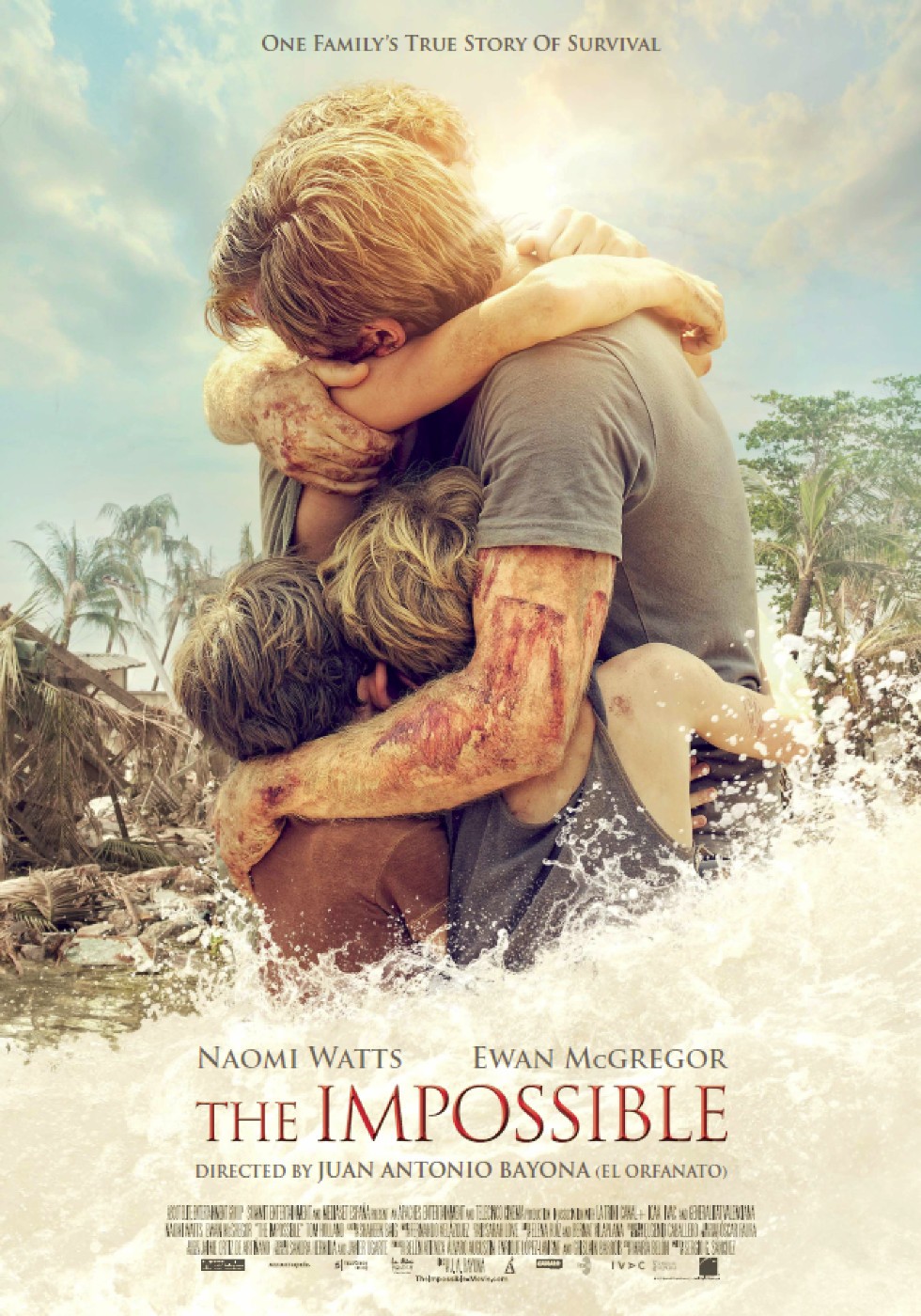 The Impossible is based on a true story about a family vacationing in Khao Lak Thailand in 2004 during what is still recognized as one of the worst natural disasters in history.  There are still many videos on YouTube witnessing the tsunami come inland devouring everything in its path.

The film, obviously, has to use a lot of special effects to recreate the tsunami, but unlike many effects ridden films, here they don't draw attention to themselves or try to be showy in a way that steals the picture. They are present only because they need to be, and that allows us to remain focused on the family we are watching struggle for survival and recovery due to the destruction.

The most harrowing scene is without a doubt when the tsunami initially hits, and the following moments as the mother, Maria (Naomi Watts), and oldest son Lucas (Tom Holland), struggle to keep their heads above water.  They try to find something to hold onto to keep from being tossed around and carried, who knows where, by the raging water.

If you should ever find yourself in a river being carried away you wouldn't feel safe, but how much more fear is added when you are not in a river, and you are aware that you are helplessly being carried over what was once land and therefore far more unsafe territory.  There is large amounts of debris, and jagged trees lying in wait, hidden underwater ready to pierce and scratch you to oblivion.

That is the situation faced by the mother and son, but while holding onto the tenuous safety of hopefully immovable objects, they willingly let go to be carried further away in the slim hope of catching one another.

The family is split up.  Mother and oldest son together, and father and two youngest sons.  You can't help putting yourself into the situation along with the characters of this film, and without a doubt the scariest thing for me would be the fact that I was separated from my significant other and family and had no idea if they were alive or where to find them.

Maria is easily hurt the most, and fortunate for her, Lucas is capable of acting beyond his years to take care of her.  She is established a slightly over protective (not allowing Lucas to have a coke, when water will do fine), but it's Lucas who has to protect her and help her get to safety.

The one negative I have to say about this film is also a spoiler for this film.  So as usual, I'll give you my SPOILER WARNING.
The family is separated, and we aren't sure whether they are all alive. Eventually they all turn up and are ok. So the film is building to this moment when they all finally come back together again, and it is sadly too dramatized.  I don't know their real life story, but generally real life stories get some sort of glossing to "pretty up" the story for the screen.  I can't help but feeling the scene in which all the separated members of the family finally find each other again is a little over done. 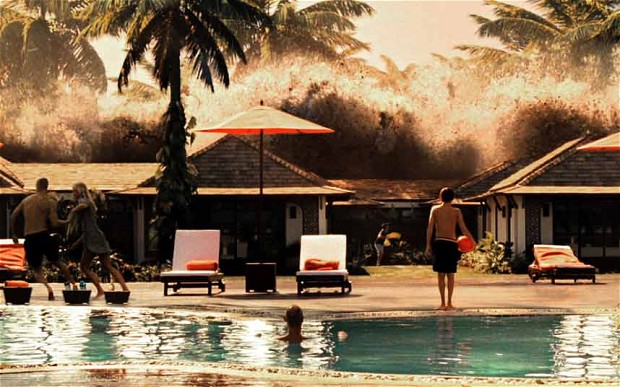 Ok with that out of the way, I'll say this film does a great job of following this family and carrying us along with them throughout their journey.

It's a film that borders on horror, but obviously not in a ghostly scary sense.  In 2007 Bayona made the film The Orphanage, which was a very good horror film, and he applies his skills here in The Impossible.

We are swept along with them in the tsunami and left to witness the terrible aftermath, but it isn't a depressing film.  There is an air of hope throughout this film that makes it all bearable.  The acting is top notch, and Naomi Watts is fully deserving of her nomination for best actress.  They add humanity to these characters, and we can't help but feel for them and want them all to make it out alive.  This is a strong family, and they are undoubtedly only stronger having gone through this event.