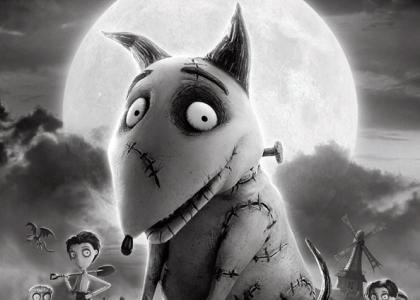 Tim Burton likes to try to prove that you can't judge a book by its cover, and he has done so with varying success throughout his career.  With his unique mixture of humor and horror, Burton has shown his gift for the creatively weird.  There is a clear fascination with death in most of his films (particularly the animation style of features like Nightmare Before Christmas and Corpse Bride).  By putting a humorous and innocent spin on darkness it somehow becomes family friendly.


This film is based on his 1984 short film of the same name, although the art style is much like his 1982 short film called Vincent. Vincent was a stop motion animated film about a boy named Vincent Malloy who wanted to be like Vincent Price (famous for his horror films).  Vincent was narrated by Vincent Price, and Price made an appearance in Burton's 1990 film Edward Scissorhands as the inventor that created Edward.  Price is also the obvious inspiration for the science teacher in Burton's new Frankenweenie film (it's a caricature of him but you can tell it's supposed to look like him).

If you were to combine his two short films from the early 80's, you'd have his 2012 remake Frankenweenie.  The animation has Burton's trademark deathly/creepy look about them, but the characters generally have an innocence about them that make them seem pretty friendly.

Victor is into science and has his own laboratory in the attic of his parent's house. He is a bit of a loner who spends most of his time hanging out with his dog Sparky.  His father wants him to spend more time playing sports outside with friends rather than locking himself away in the attic all the time.  He joins the school baseball team, but won't leave Sparky at home.  We all know it's coming. Sparky excitedly runs after the baseball and gets hit by a car. 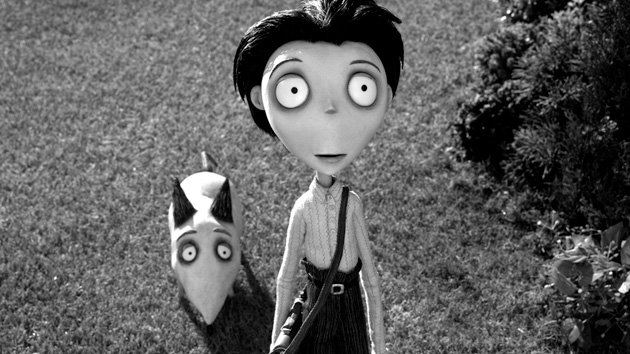 In science class Victor learns that muscles can still move if there is an electrical current sent through them.  Through an experiment involving a bolt of lightning, Victor is able to bring Sparky back to life.

There is a science fair coming up and knowing that Victor is the smartest young scientist in the class, his classmates band together to try to beat him.  They find his idea for bringing his dog back to life and try to steal it so they can re-awaken dead creatures of their own.

While Sparky awakens to his previous cute self, the other animals are not so lucky, or, more precisely, their owners are not so lucky.  The film turns monster flick with Victor and Sparky turning hero to save the people of their town from the experiments that have gone awry.

While some of Burton's more recent films have not been well liked (Alice in Wonderland and Darkshadows), Frankenweenie is a nice return to form for him.  Even if it is a film he has made at least two or three times by now.  It is an enjoyable film, and if you like Tim Burton you should definitely check it out.

I'll leave you with two videos. The first is an enjoyable song by Karen O from the film, and the second is an upload of both Burton's 80's short films Vincent and Frankenweenie, both of which are also available as special features of the Nightmare Before Christmas DVD and Bluray release.