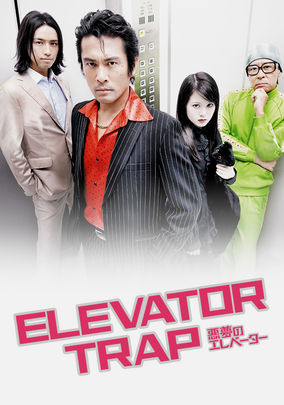 Elevator Trap starts off a bit strangely. The concept of the film is interesting. Four people become trapped in an elevator that has lost power and no one has a way of contacting anyone outside the elevator. As the people start to talk to one another we begin to see their background and how they came to be in the elevator in the first place. The audience, as well as the characters, begin to suspect that there is a deeper meaning behind their circumstances.

Elevator Trap is a difficult film to talk about without giving too much away. It is filled with twists and turns and suspense. If you want to experience this film fresh and unaware of these twists, watch it now and come back for discussion.


The opening dialogue has some interesting thoughts for us to digest,


"If you compare life to a baseball championship, how many are still out there fighting for a pennant? How many haven't yet given up the game? Many of us have meaningless lives. Lives spent just living. Where time passes meaninglessly. Even in a throwaway match we are blessed to be 1st string. Most of us are 2nd string, with no chance of ever advancing. It's not supposed to be like that, but good things are coming..."

The dialogue plays over the main character spending time at a baseball stadium (seemingly after the game has ended and people are leaving). Intercut are images of people going to work, or sitting at their desks in offices. It's dialogue that makes us think, but sadly goes no where. Maybe I need a deeper thinking mind to find the connection, but try as I might, I cannot connect this opening dialogue to anything else in the film.

Once this disconnected opening scene ends, and the real film gets underway, you'll find yourself cringing at times due to some strange and over the top acting and dialogue. You almost have to force yourself through the first half of the film. But have no fear, patient viewers will be rewarded later on. You'll begin to understand that the performances are actually quite carefully crafted. As the movie progresses twists and turns eventually make the over the top performances make sense.

Everything and everyone is connected in some way shape or form. We think that maybe Jun is the main character. He wakes up in the elevator surrounded by the others and we see quite a few flashbacks from his story, however much like Hitchcock's Psycho, the man you think is the main character is not the main character, and if we have any doubt they are taken out of the equation altogether.

We come to find out three of the four characters in the elevator know each other, their true backgrounds revealed. Saburo, the groups leader, is a private detective hired by the wife of Jun (the man the group has schemed to trap). He has been cheating on his wife, and she wants him investigated to know for sure whether he loves her or not. The theory being, that when faced with death, a person will remember what's truly important. With this in mind, Saburo devises a plan to trap him in an elevator with his team of "actors." Together they will convince him that he should record a note to his wife as a way of saying goodbye in case they don't make it out alive. That way they'll get his admission as to who he truly loves, and maybe he will go back to his wife, ending his cheating ways. 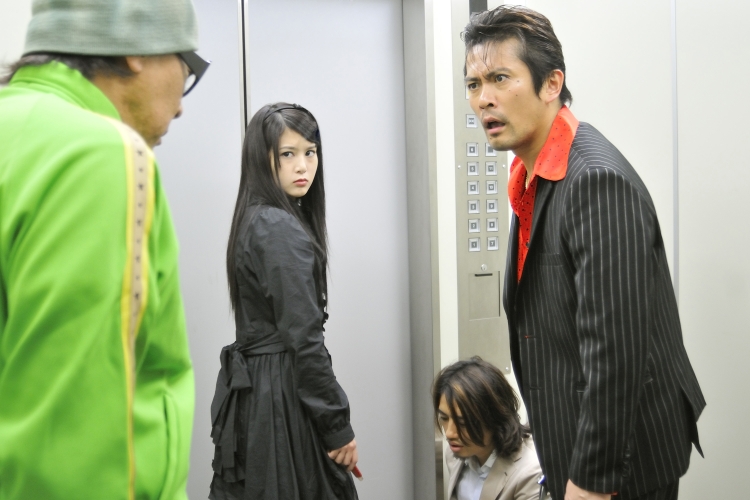 Knowing this information about the characters allows us to make sense of the overly theatrical performances in the first half of the film. They are playing people who are untrained actors, trying to act in order to convince someone of their artificial situation.

The film then takes us on a twisting ride through each character's background. We discover how the plan came into being, as well as Jun's relationships with his wife and mistress. We hear supposedly fake stories on the elevator from each character, and then we see the real people behind the plan. As the film progresses, it's revealed that the stories they told in the elevator to Jun were actually half true. What will surprise you is which part of the supposedly fake stories are actually true, and how they are connected to Jun's story.

Kaoru, the young girl, tells a story closest to the truth. When she begins working with Saburo she has a short discussion with him about how they like Agatha Christie's mystery novel And Then There Were None. This film, in turn, is just like one of Christie's famous whodunits. The original plan doesn't go quite as intended, someone from within the group has their own plans that the other members are not aware of, and the team has to scramble to cover up their mistakes.

This film has enough humor mixed in to lighten the mood now and then, but the end the film takes a dark twist and by then, you'll have forgotten about the over the top acting from the beginning. This type of film wraps up in a fairly traditional way, with scenes of flashbacks re-showing you what you've seen before but put in context that allows you to understand the scene's true meaning. We are able to piece together the full story and make sense of the twists. It gives us some sense of closure, however it is not completely resolute. It's an interesting film that is worth seeing, and like other similar mystery films with plot twists, it's worth seeing multiple times.
Posted by Zach Owens
Email ThisBlogThis!Share to TwitterShare to FacebookShare to Pinterest
Labels: 2009, 3, Japan, suspense, tense, thriller