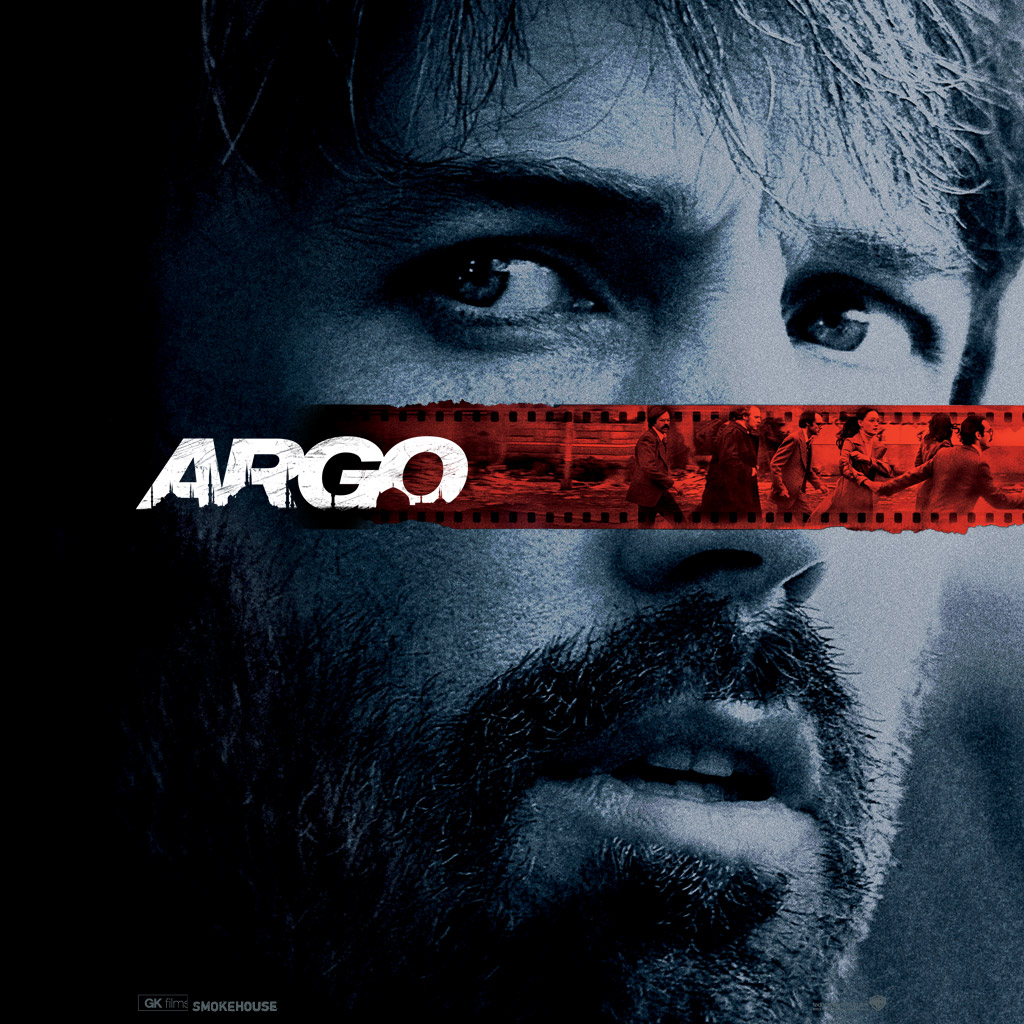 Time to look at another Oscar Nominee... better late than never right?

This is a movie based on a fake movie that are both set in Iran, except not really, and both are called Argo.  It is based on a true story, but it isn't one of those films that is losely based on real events, this actually did happen, making it all the more interesting.

During the Iranian hostage crisis of 1979 CIA agent Tony Mendez (Ben Affleck) came up with a crazy plan to extract the hostages in as peaceful a way as possible. The plan was to pretend to be a Canadian filmmaker scouting locations for a science fiction film called "Argo" that would need desert locations for part of the film.  Together with producer Lester Siegel and award-winning makeup artist John Chambers they would make the film seem like the real deal, so there wouldn't be any question later on.  They needed their own production company, a real script, storyboards, posters, articles in Variety and generally all the other things that typically hype an upcoming release.

Mendez would go alone, and say he was meeting up with his film crew (the 6 American hostages hiding out in the Canadian ambassador's house), and do some fake scouting, and then, with their new Canadian identities, simply return home.  Sounds simple enough, and yet so simple you can't help wondering how no one in Iran figured something was going on, and yet the fact that it seems to easy to figure out is what makes it so suspenseful.

However, like anywhere else in the world, take a film crew somewhere and tell them you're making a movie, and everyone gets excited and begins to forget themselves.  This is what their plan hinges on, and because this is a historical drama, of course we know the ending heading into the film, which makes the task of editing and directing the real film "Argo" a challenge.

So much of the film depends on timing and creating suspense, and I have to say they pulled it off beautifully.

The film is nominated for many awards, and it is a good film, but it doesn't really feel like a Best Picture type of film, although it is a film about a film and it glorifies Hollywood, which are two things Hollywood loves, so you never know.  Amour, Lincoln and Zero Dark Thirty are the more "Best Picture" type films, but considering the controversy surrounding Zero Dark Thirty, and that Amour is likely to win Best Foreign Film, it seems highly likely that it will go to Lincoln.

If you consider that some of the award nominations typically dictate wins for films in other categories, for example, how can Amour lose the Best Foreign Film category if it was nominated for Best Picture as well?  It would make sense that we can cross off Django Unchained, Les Miserables, Zero Dark Thirty, and Argo because their directors were NOT nominated for Best Director, while the other Best Picture Nominees were directed by Best Director Nominees.

That leaves us with Amour, Lincoln, Life of Pi, Beasts of the Southern Wild, and Silver Linings Playbook.  We can narrow it even further by looking at the actor/actress nominations as well and remembering that winners are usually Actors in biographical roles.  This would indicate that, whether you like it or not, Lincoln could end up sweeping many of the awards including 3 of the major awards categories.