Here's the predicament: I frequently like to watch a TV show while working, or relaxing or whenever. If I'm working I can't watch a movie, because I won't be able to concentrate, but I need some sort of sound. The silence is indeed deafening, and it makes work feel like it takes longer.  So I put on a TV show, something that interests me but doesn't require my full attention.

I like travel shows, so I watched Anthony Bourdain: No Reservation and Top Gear. These are two shows that are not really about travel, but they involve travel.  Top Gear is a British car show where the 3 hosts frequently travel to different countries and take on humorous challenges involving motoring.  Whereas Anthony Bourdain's show involves traveling to other countries to taste food and learn about other cultures and what they have done for the world of food.  Both shows are very entertaining, but sadly I've seen all the episodes of Top Gear now, and Netflix has removed Anthony Bourdain: No Reservations from instant streaming (even without a Hulu Plus account, Hulu.com does have a handful of episodes available to watch, and if you enjoy Anthony Bourdain, you might enjoy Bizarre Foods, which also has a few episodes on Hulu.)

So now that I've seen all the Top Gear Episodes and Anthony Bourdain is not longer available what am I supposed to watch?  The first show I came across is another British show, but this time travel is the main point, and it involves travel across America. 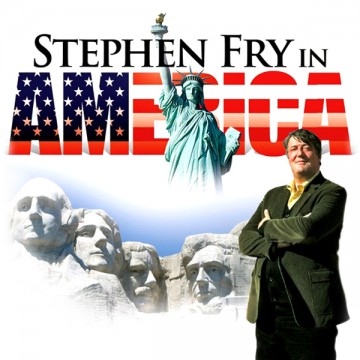 Just six episodes long it won't take forever to make it through this show.  Stephen Fry is a well known British actor/comedian/writer who was very nearly born in America and he drives his London Taxi across America stopping in each state to explore and find out what the people are like and what the state has to offer.

It's entertaining, however not all that humorous, which comes as a bit of a surprise considering the fact that it's hosted by Stephen Fry.  You'll likely learn some things, but at the same time I can't help feeling as though he skips from state to state too quickly.  With only 6 episodes they didn't really have the time to truly explore the states.  In fact there are times you'll wonder why they chose to focus on what they did when in certain states.  For instance when they visit St. Louis they talk about homeless people rather than anything that people from St. Louis would like to think of as recognizably St. Louis.  While in Iowa, Fry pays a visit to the Maharishi University of Management in Fairfield Iowa, which I didn't even know existed.  So I suppose I learned something, however I can't imagine that many Iowans identify their state with this.

Perhaps I'm missing the point however.  Stephen Fry in America seems to start in New England talking about some of the history of America, and then seems to take a turn to discuss the lesser known sides of America.  It is still an interesting show because it seems to recognize that it's audience already knows the things each state is recognized for, and chooses instead to focus on other things.

The second show I wanted to share is a different sort of travel show. 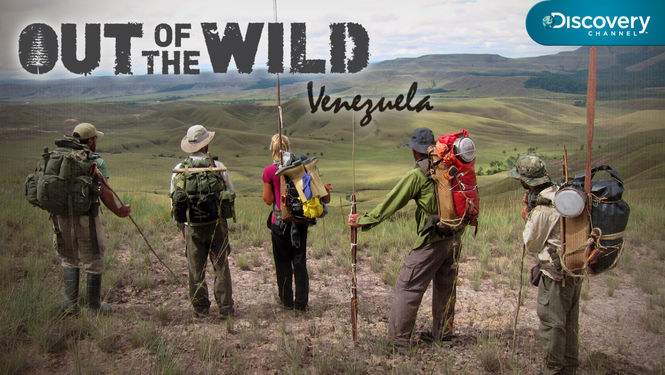 Out of the Wild: Venezuela.  We are all familiar with survivor and other competitive reality programs, but this is quite the opposite.  It's one of those discovery channel shows that deal with survival in a very harsh environment (think Survivorman, Man vs. Wild, or Dual Survival), but instead of it being a competitive show it's a show about cooperation.  They don't win anything if they make it out, the reward for taking on this journey is nothing more than the experience and knowledge gained from having survived the trip.

If anyone should find themselves unable to continue the journey they can press a button on their GPS and be airlifted back to civilization.  The participants have all decided to take on the journey because they seek adventure.  Most of them talk about how they have grown tired of their regular lives in the United States and need some adventure to help them feel alive again.  They all want to test themselves while trying to live off the land.  These are things that I think most of us can identify with, even if we don't quite have the courage to do what these people do.

Rather than watching a competition you see a group work together to ensure that everyone makes it out, which is a much more inspiring thing to watch.  This show is also fairly short, running just 8 episodes, but there is also an earlier season called Out of the Wild: The Alaska Experiment if you want more.