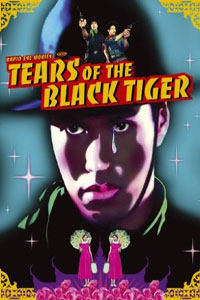 4/5* What you could be watching: Tears of the Black Tiger; Instant streaming on Netflix.

Tears of the Black Tiger is a highly stylized eastern western from Thai director Wisit Sasanatieng.  It was the first Thai film ever to be officially selected for the Cannes film festival.  Its violent action sequences have been compared to the work of Sam Raimi, Quentin Tarentino, Robert Rodriguez and the spaghetti westerns of Sergio Leone, and rightfully so.  What interested me more was the eye catching use of color.

It's the first thing anyone will notice about the film, but what I think most people seem to miss is that it is reminiscent of old technicolor films of the 50's and 60's.  It's even similar in visual style to 1939's Wizard of Oz, which was a wash of bright, eye popping color.

It's clear that this film is a big bowl of ingredients from many sources.  I've already mentioned where the action sequences get their influence, but it's not just the color that is reminiscent of films of the 50's and 60's, the melodramatic story and acting also seems borrowed from an older film.  To sell the old style visuals even further there is an obvious film grain added to the picture and there are some scenes that appear to have been shot on a set complete with painted background.  And if we had any doubt whatsoever, there is even a flashback sequence that is edited to look like an old silent film complete with even dirtier/scratched film grain and choppy sped up images. The color and the film itself is over-saturated with an obvious love of older films. 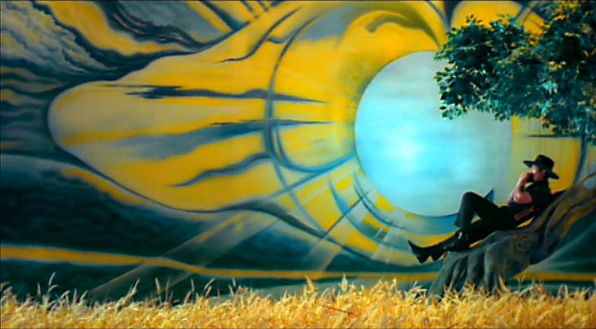 Set appropriately in 1952, the story begins somewhere in the middle and the background is told through many flashback sequences.  The main character Dum (spelled Dom if you watch it on Netflix) grows up with Rumpuey, and they are in love from a young age, but circumstances keep separating them.  They meet 10 years later and confess their love for each other in a very melodramatic scene that is highly reminiscent of any love scene from old movies, but yet again they become separated soon after. 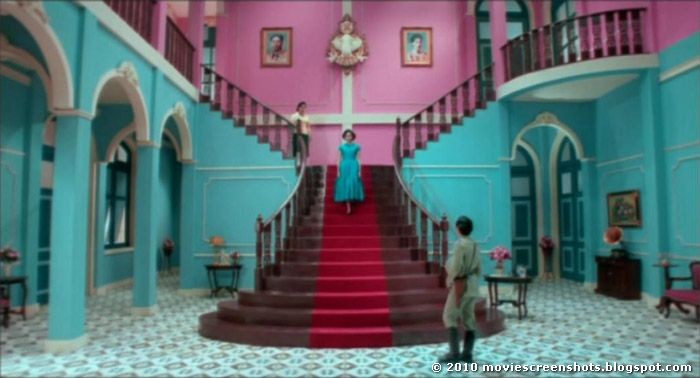 Dum ends up being taken in by a group of bandits after his family is murdered. He becomes famous among the bandits for his quick draw and is given the name Black Tiger.  While Dum is away, Rumpoey's father arranges a marriage for her with Police Captain Kumjorn who is assigned to kill all the bandits.  Eventually Dum is betrayed by his bandit brethren, and he must battle everyone by himself in order to save the woman he loves.

It's an entertaining, albeit over the top film, that mixes genres a bit as well.  It's a comedy, a parody, a western, a romance, and at times feels like a stage play made on film.  If you walked into a room where this film was playing and you didn't know it was made in 2000, you'd swear it were made in the 60's.  While the acting is an obvious attempt to recapture the type of performance you might expect of an older film it feels too theatrical at times.  Performances range from the over the top theatricality of Dum's friend Mahesuan, to the very stiff, lifeless performance of Dum himself.  Despite all of that this film manages to entertain throughout.  If you give it a chance I can tell you that at the very least you are in for a visual treat.