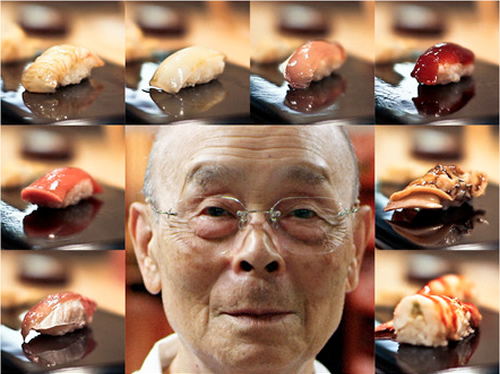 If you're a foodie (especially if you love Sushi, but even if you don't) this documentary will appeal to you.  Even people who aren't fans of sushi are giving this documentary positive reviews.

It's more than a simple documentary about a sushi chef.  Listening to Jiro speak is like listening to a wise elderly man passing down insightful stories.  The film shows his kitchen crew (sons included) preparing the food, and all the attention to detail that goes into it.  It's not just fascinating because you learn about the making of sushi and where it all comes from, but the people who devote their lives to making it. They don't just work for money, they work for the love of their work.

It's inspiring not just if you want to be a chef, it has life lessons that can be applied to everyone. It inspires you to work hard, and never stop trying to perfect your craft, whatever it may be.  However the film doesn't show any sign of life outside of the restaurant.  We know he's dedicated his live to making great sushi, but there is more to life isn't there?

It isn't merely just shots of plates holding sushi, this is a beautifully shot and edited piece of filmmaking.
It's available for instant streaming on Netflix.