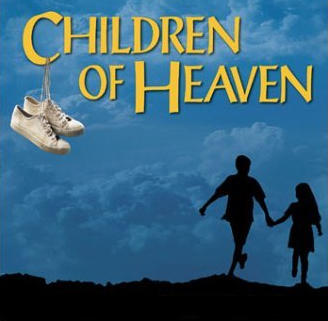 What you could be watching: Children of Heaven (available for instant streaming on Netflix)
4/5*

This is an Iranian film from 1997 that runs only 89 minutes and received a nomination for best foreign language film at the Academy Awards that year.  It is a great film for children or even adults with lacking attention spans (or anyone really).  It's a good introduction for those who aren't that accustomed to watching foreign films or reading subtitles.

The story is so universal you could almost watch this film without the subtitles and still understand what is happening.  Ali has lost his younger sister Zahra's shoes on accident.  They come from a poor family and can't afford to buy a new pair of shoes so instead of upsetting their parents (also in fear of their wrath) they decide to share Ali's pair of shoes until they can afford to replace the lost pair.  I'm going to borrow from Roger Ebert again here,


"It lacks the cynicism and smart-mouth attitudes of so much American entertainment for kids and glows with a kind of good-hearted purity. To see this movie is to be reminded of a time when the children in movies were children and not miniature stand-up comics." 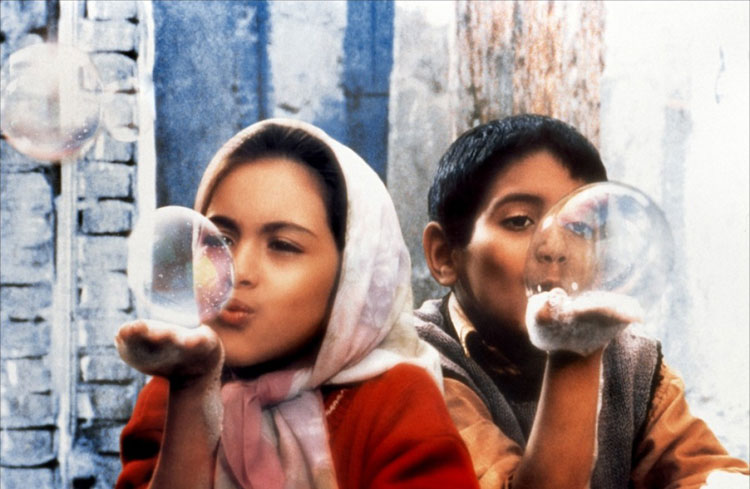 These kids are almost not even kids, they are far more mature, and kind-hearted than I ever was at their age.  They show a maturity and sense of selflessness that is extremely lacking these days, not just for kids but even a lot of adults.  Both children understand the situation and love each other enough to work together to keep their problem a secret.  These are honorable kids who care about each other and their parents.  This is a situation that even a child (especially a child) can understand, and that's what will make this an easy film for kids to get into. 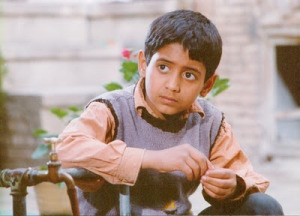 This film reminds us that we have it easy (we had it easy growing up).  Knowing that it isn't easy for these kids, but seeing how happy they are despite it all makes them even more memorable.  There is a scene where Ali rides on a bike with his father to a rich part of town to look for work as gardeners.  There is a real separation of rich and poor on display in this sequence. I'm reminded by the film "The Bicycle Thief" (another great 89 minute foreign film (a classic) about poverty stricken people available for instant streaming on Netflix).

There is also a suspenseful sequence toward the end where Ali is in a race. If he finishes in 3rd he will win a new pair of shoes which he will give to his sister.  The scene is set up by, again, showing the difference in class among the people attending the race.  We see parents video taping the race as they proudly watch their children running, but all we can think about is Ali in his worn out pair of shoes. We know the stakes, and we know what he is running for, which makes this sequence, as simple as it is, a very suspenseful sequence to watch.

It's an example of what some children will do for their parents, as well as what they will go through to avoid trouble.  The parts are played with such innocence, the kids will break your heart.  I can't honestly think of any child actors who have acted in a part so purely and honestly.  Sure, you could watch a big blockbuster movie and see what all they can do with the medium of film these days, but this film, as simple as it may be, is a great example of what film making can be, and I challenge you to find characters that you care about more than you will end up caring about these two kids.
Posted by Zach Owens
Email ThisBlogThis!Share to TwitterShare to FacebookShare to Pinterest