Mass Effect 3 Conclusion To The Series?


The anger and confusion over the ending is well documented and fiercely fought over in many a forum and message board so I won't get too much into that.  The bottom line is that no matter how you feel about the ending (the ending meaning the final hour of the game) the series as a whole including Mass Effect 3 is fantastic.  This isn't the first game that begged the question of whether the "ride" was fun or not, whether the ending was seen as satisfying or not.

For me the answer is yes, the game is very fun. In fact ask anyone who didn't like the ending whether they enjoyed everything leading up to the ending and the answer is yes more often then not.  I'm not among the Mass Effect purists who scoffed at the mere idea of the addition of multiplayer.  The mode is fun and certainly worth checking out, but then again I'm a sucker for a good cooperative survival mode.  Once I had played through the first two Mass Effects a couple times I was ready to trade them in.  This was the first game in the series that has me coming back for more.  I can honestly say with this games release, I've never been more into the Mass Effect series.  I am going back to play through Mass Effect 2, and have even read a few of their tie in novels.  Replay value was the general idea behind the added survival mode to begin with for EA and Bioware, and I'm happy to say it worked. 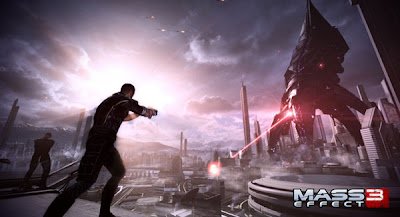 It seems as though one of the things that turned off the hardcore Mass Effect fans was that, in a way, it turned out to be the opposite of the first game in the series.  The first game was a great story, interesting characters, average combat gameplay, and terrible inventory management.  While the second game improved upon the weaknesses of the first game, it's the third game that simplified them and made them a strong point.  The improved combat made it very suitable for a cooperative mode.  In addition to this reversal we knew most of the characters, they didn't need to be developed this time around and we were already very familiar with the setting.  The magic of that first experience in the Mass Effect universe isn't there anymore.

The sound design has come a long way over the course of three games as well (watch a cutscene from the first game and listen to weapon sound effects, and then compare them to those found in the third game).  It's also encouraging to see Bioware support the multiplayer mode with added content, and community weekend challenges. It's entirely possible that EA forced the addition of the multiplayer but I'm enjoying it so I'm glad they did. 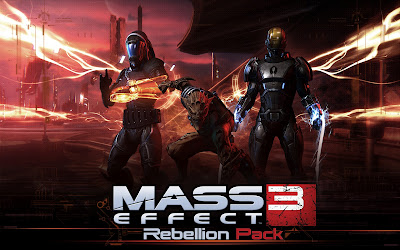 However the day one DLC should have been apart of the retail package. It's an interesting addition but not worth 10 dollars, but if you did buy the pack then you have to take Javic on every mission in order to make it worth it.  If you have Javic believe me when I say his added dialogue and powers make him someone you want on every mission especially if your playing a biotic character.

Sadly it's the side missions that are a weak point.  After having played some great side missions in Mass  Effect 2, it's a shame to see that Mass Effect 3's side missions involve walking around the Citadel overhearing random conversations only to have a fetch quest added to your mission journal. A vast majority of the side quests just don't carry much weight.  With the entire galaxy crumbling around you, and everyone waiting for you to save them, it seems ridiculous to take the time to complete menial tasks like hunting down some book or lost artifact for someone just because you overheard that it's missing. Shepard and his crew have better things to do, and don't have time to take care of things like this, yet if you're a completionist like me, you will try to complete everything even though it feels like a waste of valuable time. This, as a result, leaves the game feeling as though there is a lack of urgency.  However it's not all bad, there are a few good side missions that actually require action, the N7 missions and the Grissom Academy mission comes to mind.

One primary complaint from fans is that Bioware promised multiple endings that were very different, but the endings are all essentially the same with a few details changed.  The endings I think Bioware were referring to were character's endings.  It's unfortunate that we don't get to see where everyone is and what is to become of the characters we've come to love over the course of three games, but here is where I think the masses of fans have misunderstood.  The character's storylines have essentially been wrapped up.  You see an end to Mordin, Tali, Legion, and Thane.  In one way or another most everyone's story is wrapped up, and it's quite true that those endings can be radically different. While I was able to make peace between the Geth and the Quarians, Legion sacrificed himself to give the rest of the Geth a future, and Tali had a nice chat with Shepard about a new home.  Whereas a friend of mine saved the Geth and Tali, to his dismay, killed herself.  While those may have been the endings Bioware was referring to, it's still a shame to not know where everyone goes from there.  Thankfully the planned epilogue will come along soon to answer questions. 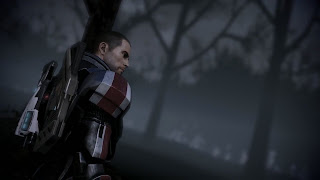 The good news is that this isn't the end of Mass Effect.  A blog entry from Bioware co-founder Dr. Ray Muzyka in late March indicates that not only will we see the free DLC epilogue, but there could be more full length games on the horizon


"We’re working hard to maintain the right balance between the artistic integrity of the original story while addressing the fan feedback we’ve received.  This is in addition to our existing plan to continue providing new Mass Effect content and new full games, so rest assured that your journey in the Mass Effect universe can, and will, continue."

While Mass Effect 3 may not be the best Mass Effect game, it is still a very good game, and we could see another Mass Effect storyline in the next few years.